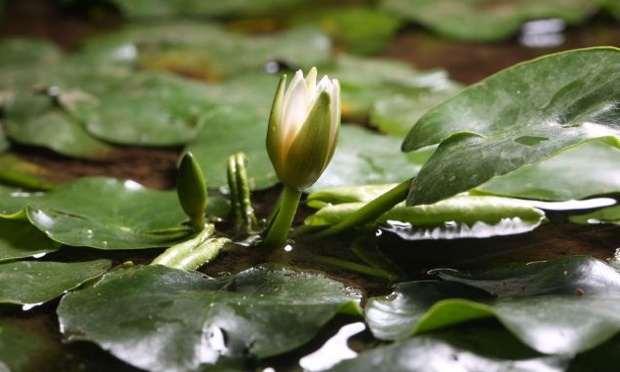 Last month the Guardian started a ‘Long Read’ section, giving prominent writers, essayists and other public figures space to write longform pieces, with the depth and breadth of analysis you no longer find in broadsheets. Thus far, highlights have included Pankaj Mishra on the failure of the ‘Western model’, and John Gray on the nature of evil.

‘The Long Read’ is also going to give space to longform investigative journalism, which is very good news indeed considering that this is a form that seems to be dying out (at least in Britain). This week they’ve published Sam Knight’s piece on the theft of the world’s rarest water lily at Kew Gardens:

The Princess of Wales Conservatory is what staff at Kew Gardens call a honeypot. The world’s largest and most prestigious botanical garden, Kew receives 2 million visitors each year, and a huge proportion of these, perhaps 30,000 a week, make sure they see the conservatory, a large armadillo-like structure near the eastern gates. Built in 1986, the glasshouse has climate controls that allow it to contain 10 plant habitats under a single roof. In the space of a few minutes, visitors can examine ghostly, egg-shaped cacti in the desert cool; tumbling red Passiflora in the heat of the forest; and the fibrous mangroves of a swamp. On any given morning, squads of children, dressed in yellow high-visibility jackets, trek among the lurid, flowering bromeliads and tropical leaves the size of pillowcases, and squeal at beetles that skitter out on to the walkway.

Shortly after two o’clock on the afternoon of Thursday, January 9, Nick Johnson, the 43-year-old manager of the conservatory, returned to Kew after spending the morning at a school in east London. Johnson, a trim man with a short beard, had left his team preparing the glasshouse for the gardens’ annual orchid festival. The exhibition is a big deal at Kew. Orchids are the world’s largest group of flowering plants, and their devotees, known as orchidophiles, are among the most eager and best-organised plant enthusiasts. Around 120,000 come to the festival each winter, and a good show, and positive press coverage, can boost visitor numbers at Kew for the rest of the year.

The theme for this year was “Plant Hunters”, and Johnson’s staff were dressing half the conservatory to evoke the high romance of Victorian botanical adventuring, a time when avid collectors and the best scientists (there was little distinction between the two) set off for distant jungles armed with cutlasses and a year’s supply of tobacco. The temporary display included a period botanist’s campsite, complete with pith helmets and wicker baskets, and a cascade of fuchsia and cream vandas.

It was an unusually warm January day. Johnson couldn’t wait to take off his winter coat. But as soon as he walked into the glasshouse, he ran into Duncan Brokensha, an apprentice on his team. Brokensha was agitated. Amid the festival preparations, he had carried out a routine inspection of the water levels in the ponds. As usual, he had also checked on the rarest, and most endangered, plant in the glasshouse, the Nymphaea thermarum, which is the smallest water lily in the world. Unlike some of the valuable orchids and cacti in the conservatory, which are kept behind glass screens, the tiny water lilies, whose white flowers measure less than 1cm across, were on open display, albeit in a relatively inaccessible position near the foot of a concrete bridge. There were 24 planted out in the mud. Today, Brokensha counted 23 – and a hole where the 24th had been.

The plant had been stolen. Johnson was furious. Mainly with himself: he had decided, the previous spring, to plant the water lily in the glasshouse. At the time, Kew possessed virtually the entire planet’s population of Nymphaea thermarum. The water lily had not been seen in its only known location in the wild, a thermal hot spring in Rwanda, since 2008, and it was one of around 100 plant species that now only survive in botanical gardens, on the very edge of extinction. Johnson had known the risks of putting such a scarce, and delicate, species on public view. People swipe the occasional flower and cutting from botanical gardens – they always have.