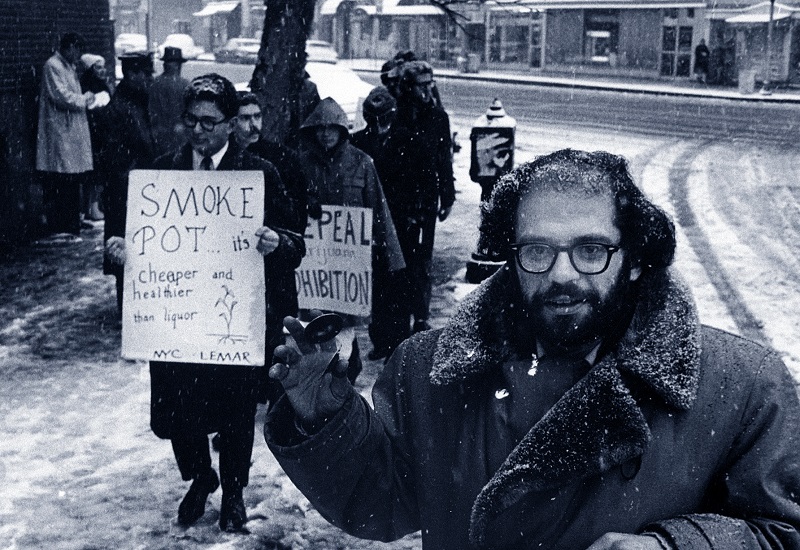 From the TLS’ archives, Allen Ginsberg writes about politics, poetry, and the avant garde, in August 1964.

The individual soul is under attack and for that reason a “beat” generation existed and will continue to exist under whatever name Rosey generation lost or as Kerouac once prophecied Found until it is found. The soul that is. And a social place for the soul to exist manifested in this world. By soul I mean, that which differs man from thing, i.e. person,—not mere mental consciousness—but feeling bodily consciousness. As long as this tender feeling body is under attack there will continue the expression in Art of the scream or weep or supplication the EXPRESSION in one form or other of that infinite—Self—which still feels thru the smog of Blakeansatanic war mills and noise of electric sighs & spears which is XX century masscommunication.

How difficult to sustain this in the USA presently occupying its deepest energies in wars (not against communism for peace has been made with Russia) against the yellow & other races.

Though ten years ago it may have been inconceivable that the great sweet “cassaba melon” as it was called of “American Century” prosperity was really a great psychic hoax a mirage of electronic mass-hypnosis, the real horror, the real evil latent in America from the days of Poe to the Days of Burroughs is clearly visible in the faces of the hate-gangs that crash thru newspaper and Television at last to lay their Ahab curse on the Negro, as they have already laid their Ahab curse on Communism. The spectacle of supposedly respectable elders—Eisenhower the leader of the country himself—sustaining a bid for power by an Android like Goldwater! The choice given—or CHOSEN?—by us between an oldfashioned politician like Johnson, which is to say conservative and an outright Authoritarian rightwinger? We never had a choice between middle and left, we were always stuck between middle and right. Finally it becomes too much to fight. But the stakes are too great to lose—the possession of one’s feelings intact.

There has been an outrage done to my feelings from which I have never recovered tho I’ve talked to Blake and bowed at the feet of many an Indian Guru.

To live in a country which supposedly dominates the entire planet and to be responsible for the outrages of ones own country! Woe to the Germans silent under Hitler woe to the Americans silent now.