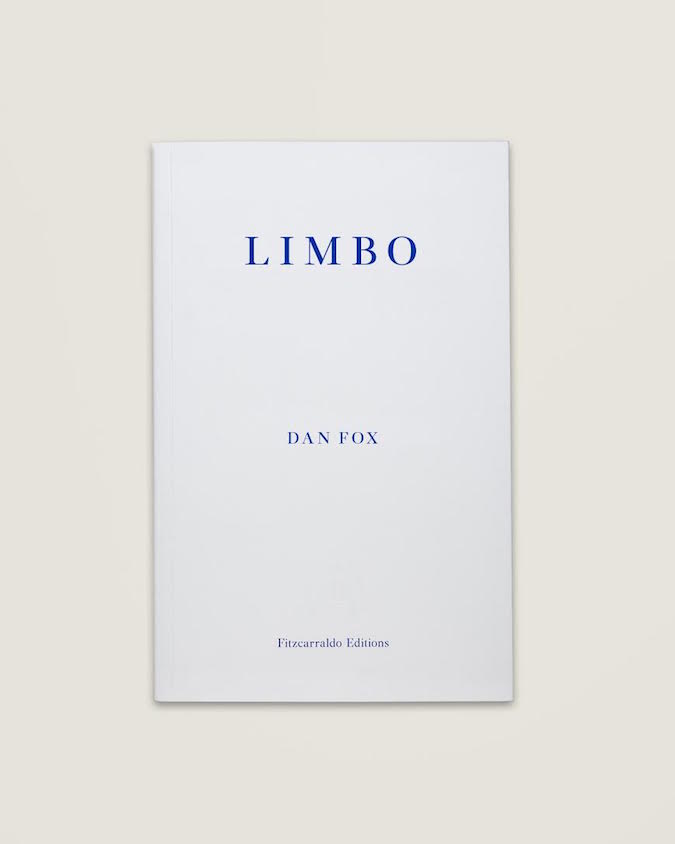 Listen to Dan Fox’s recording of Limbo on Soundcloud.

I wrote Limbo a couple of years ago now. It was a way to process some feelings and ideas I’d had around feeling stuck, both creatively and personally. The book was hard to write, despite its brevity, and as a result I felt the finished manuscript possessed a rough, awkward quality. Like a book that was interrupted on the way towards becoming another, less ungainly book, with better lines and nicer proportions. Perhaps, in retrospect, that feeling was what the project was trying to describe in the first place.

In the first chapter, I wrote about how works of art resonate over time. How they can be zeitgeist-y in the moment they first come into the world, then lose their buzz and get put on the shelf to gather dust. The world continues to turn, until eventually something happens which allows the art work to fall in sync again, rediscovered by someone who will ‘blow off the cobwebs and in doing so find something altogether new to appreciate in it.’

In March 2020, under orders to stay at home in pandemic-stricken New York City, I picked Limbo off the shelf. I was surprised at how different the tone of certain passages seemed under these new circumstances. I decided to set myself the task of turning it into an audiobook, to see how else it might change in the re-reading, and to more easily share it with others.

As audiobooks go, this is a domestic-sounding one. A recording which might not be smooth enough to pass muster for a commercial release, but which nonetheless has qualities that pin it to this unsettling moment in time. I built a little vocal recording booth in the bedroom, suspending blankets across the gap between two doors in order to absorb and dampen the background noise as I read the book aloud. You can still hear subway trains rattling past. Also next door’s kids watching TV, my partner making coffee in the kitchen, and my apartment’s old radiators, which sound like a whistling stove-top kettle. At the same time you might note that New York never usually affords this much quiet either.

A major theme of Limbo concerns my older brother, Karl. As he’s also currently stuck at home, in another city, I invited him to record his own words from the book, which you’ll hear at points along the way. Karl – who in Limbo discusses his years as a professional sailor – has recently been working as a voice over artist, and was able to help a great deal with the sound production. The process of making this impromptu audiobook together has added a happy new layer to Limbo’s story of our long-distance fraternal relationship.

The book is abridged; some passages work better sitting on the page than coming out of the mouth. And because I can’t resist over-egging the pudding, I decided to write some music for it too.

Given the circumstances we all find ourselves in, I imagine you are also at home, with other kinds of noises in the background. You might listen to this on the couch, or in the bath. Maybe you’re able to leave the house and listen whilst out walking the dog. Perhaps you have no choice but to go out to work. Some of us might feel as if we’re in limbo right now, while others are in the fight of their lives. Wherever you are, stay safe, and don’t forget to wash your hands.

Dan Fox is the author of Pretentiousness and Limbo.