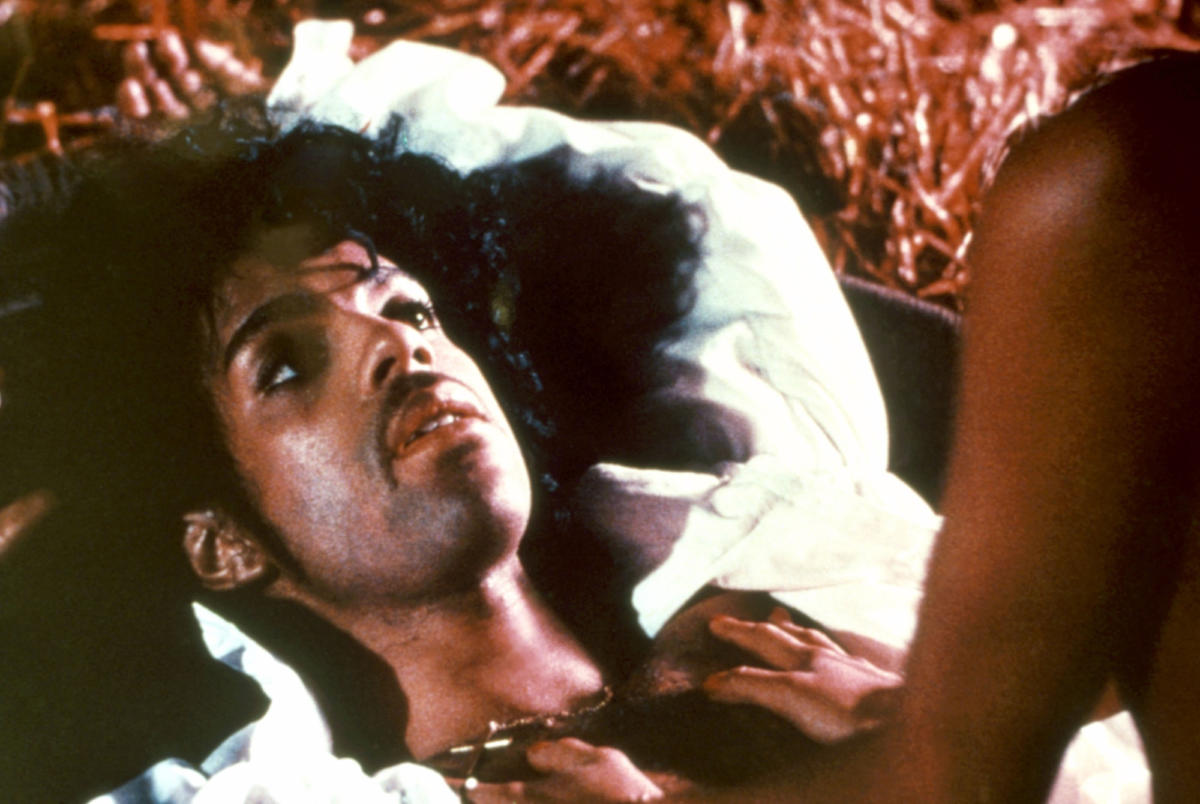 Author Maggie Nelson recalls her first and most formative encounters with Prince, for the New Yorker:

In 1984, when I was ten, my father died. He was a small man, five-five tops, jammed with energy. I understood. Energy felt to me then, as it does to so many kids, like an unstoppable force run through a kaleidoscope of affect—at times electric, then liquid, popping, burning. Above all, it felt uncontainable. The miracle is that our skin contains it, for the most part. Was I sexual at ten? I don’t know. I know my father died, and then, suddenly, there was Prince.

1984 was also the year of “Purple Rain.” We saw it in the theatres and then my sister and I watched it innumerable times downstairs in our TV room. Our lair. I had already watched and would watch a lot of rock musicals—“Sgt. Pepper’s Lonely Hearts Club Band,” “The Song Remains the Same,” “Tommy,” “The Wall.” I liked parts of these movies and had moments of cathexis, but nothing really stuck. Maybe because they were full of white British men whose angst was fundamentally inscrutable to me, and seemingly tethered to Margaret Thatcher, whoever that was, or grossly thefted from American blues. Maybe it was because the girls in the movies were sticks—who wanted to be Strawberry Fields, chained up while Aerosmith sings “Come Together” at you menacingly? And while, God knows, I wanted to be the hippie chick conjured in Led Zeppelin’s “Going to California,” I already knew that was just some guy’s dream, because the hippie girls I knew that fit the part either had to go along with their hippie-fascist boyfriends in a haze of suppressed agency or they spoke up and the dudes lost interest “pronto.” Anyway, that girl was pretty and probably liked to get fucked in a field of flowers, blond ringlets spread out on a velvet blanket strewn with empty goblets, but she wasn’t seething with electric energy, she didn’t talk, she didn’t grind.

Then there was “Purple Rain.” Did I want to be Prince or be with Prince? I think the beauty is, neither. He made it O.K. to feel what he was feeling, what I was feeling. I wanted to be a diminutive, profuse, electric ribbon of horniness and divine grace. I bought a white shirt with ruffles down the front and wore it with skintight crushed-velvet hot pants, laid a full-length mirror on the floor, and slithered on top of the mirror, imitating Prince’s closing slither on the elevated amp in “Darling Nikki.” Yeah, he’s telling Apollonia to come back, but you can tell he doesn’t really give a shit about Apollonia. He’s possessed by something else, his life force onstage. Half naked, wearing only black bolero pants and a black kerchief tied over the top part of his face, his torso slick with sweat, Prince is telling us a story. An important one.