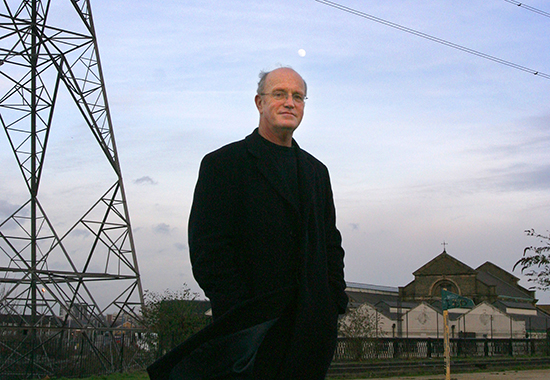 Last week Anna Aslanyan caught up with writer, filmmaker, and psychogeographist Iain Sinclair in the wake of the publication of his latest book My Favourite London Devils. For the Times Literary Supplement, they talk about the memories that haunt his writing of London:

“You couldn’t imagine anything like this here”, Iain Sinclair said, gesturing at the interior of Burley Fisher Books, a year-old venture in Dalston. Sinclair has lived in and tirelessly explored this part of East London for nearly half a century; back in the 1970s, he ran his Albion Village Press from home and was a “trader in forlorn and forgotten literature”, selling books from stalls. The new bookshop, in the middle of what has been branded the coolest place in Britain by the media, sells books and bagels by day, while by night, true to its promise to “be an asset to the local community”, it runs events.

It was packed for the recent launch of Sinclair’s new book My Favourite London Devils, a collection of essays dedicated to authors who, like himself, found their muse in London. Written over the past decade and a half, these pieces were recovered from storage and revised by Sinclair. Read together, they prove yet again that London is an inexhaustible theme, and that Sinclair’s take on it never stands still, mirroring the city in flux.

The book’s subjects range from famous to “eternally rediscovered”, to “reforgotten” – until, that is, Sinclair got on to them. Joseph Conrad – who on his return from the Congo was treated at the German Hospital in Dalston – and his The Secret Agent (1907) are mentioned in a piece written in the wake of the 7/7 bombings. One vignette shows Peter Ackroyd at a poetry reading in Earl’s Court, and together with another of the devils, Michael Moorcock, he and Sinclair have an eventful night out. Ackroyd has said that Sinclair’s poem “Lud Heat” was an inspiration for his novel Hawksmoor (1985).