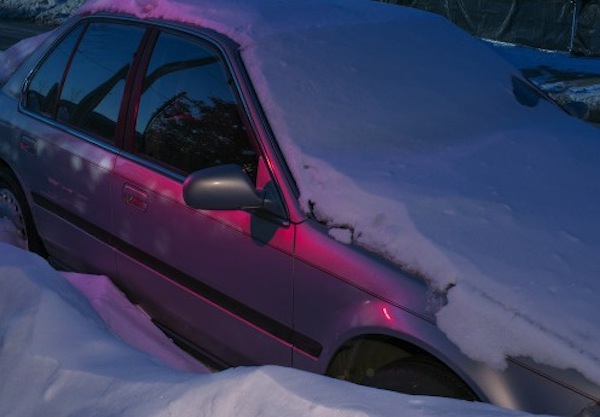 An excerpt of Olga Tokarczuk’s 2009 novel Drive Your Plough Over the Bones of the Dead, transated from the Polish, has been published in Granta magazine:

I am already at an age and additionally in a state where I must always wash my feet thoroughly before bed, in the event of an ambulance having to take me away in the Night.

Had I examined the Ephemerides that evening to see what was happening in the heavens, I wouldn’t have gone to bed at all. Meanwhile I fell very fast asleep; I helped myself with an infusion of hops, on top of which I took two valerian pills. So when in the middle of the Night I was woken by hammering on the door – violent, immoderate and by that token boding ill – I couldn’t come to. I sprang up and stood by the bed, unsteadily, because my sleepy, shaky body couldn’t make the leap from the innocence of sleep into wakefulness. I felt weak and began to reel, as if I were on the point of losing consciousness. Unfortunately it happens to me lately, and is to do with my Ailments. I had to sit down and repeat to myself several times: I am at home, it is Night, someone’s banging on the door, and only then did I manage to get a grip on my nerves. As I searched for my slippers in the dark, I could hear that whoever had been banging was now walking around the house, muttering to himself. Downstairs, in the cubbyhole for the electrical meters, I’ve got the disabling gas Dizzy gave me because of the poachers, and that was what I was now thinking about. I managed in the darkness to seek out the familiar cold aerosol shape, and thus armed, I switched on the outside light, then looked at the porch through a small side window. There was a crunch of snow, and into my field of vision came the neighbour, whom I call Maladroit. He was pulling around him the tails of the old sheepskin coat I sometimes saw him wearing as he worked by the house. From under the coat his legs protruded in striped pyjamas and heavy hiking boots.

With undisguised astonishment he cast an eye at my linen suit (I sleep in something Mr & Mrs Professor wanted to throw away last summer, which reminds me of a fashion from long ago and the days of my youth – thus I combine the Practical and the Sentimental), and without a by-your-leave he came inside.

For a while I was struck dumb with shock; without a word I pulled on my tall snow boots and threw on the first fleece to hand off the nearest hanger. Outside, in the stream of light falling from the porch lamp, the snow was changing into a slow, sleepy shower. Maladroit stood beside me in silence, tall, thin and bony like a figure sketched in a few pencil strokes. Every time he moved snow fell from him like icing sugar from angel wings.

‘What do you mean, dead?’ I finally asked, my throat constricted, as I opened the door, but Maladroit didn’t answer.

He generally doesn’t say much. He must have Mercury in a silent sign, I reckon it’s in Capricorn or on the cusp, in square or maybe in opposition to Saturn. It could also be Mercury in retrograde – that produces reserve.

We left the house and were instantly engulfed by the familiar cold, wet air which reminds us every winter that the world was not created for Man, and for at least half a year it shows us how very hostile it is to us. The frost brutally assailed our cheeks, and white clouds of steam came streaming from our mouths. The porch light went out automatically and we walked across the crunching snow in total darkness, except for Maladroit’s headlamp, which pierced the pitch dark in one shifting spot, just ahead, as I toddled along in the Murk behind him.

Of course I had one, but I wouldn’t be able to find it until morning, by the light of day. It’s always true of torches that you can only see them in the daytime