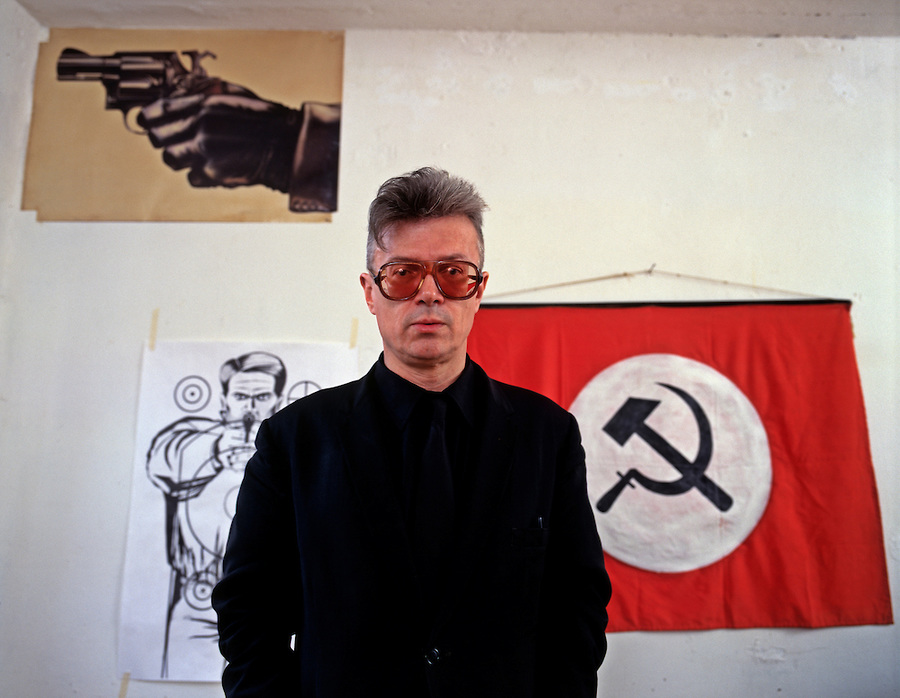 Emmanuel Carrère is a writer who doesn’t get enough attention. He is one of France’s best, a kind of Geoff Dyer-figure who blends fiction and non-fiction to great effect (although he is less comically inclined). The Adversary, in which the author recounts his attempts to write the true story of a pathological liar who ends up murdering his entire family to cover up his lies, is a good place to start. Limonov, his latest book published in English about the Russian dissident writer Eduard Limonov (pictured above), is also an excellent book. Carrère’s Paris Review interview, published last autumn, provides a good introduction to his work:

We come to your last book, Limonov, which is again nonfiction. Who is Limonov?

Eduard Limonov is a Russian writer who is about seventy. I knew him in the eighties in Paris. The Soviet-era writers at the time were mostly dissidents with huge beards. Limonov was more of a punk. He was an underground prodigy under Brezhnev in Moscow. He had emigrated to the United States, been a bum and then a billionaire’s butler. He had a kind of Jack London life, which he wrote about in autobiographies that are actually very good, very simple and direct.

Then came the fall of the Soviet empire and things got strange. He went off to the Balkans and started fighting with the Serbs. He became a kind of crypto-fascist. It was a little like finding out a friend from high school had joined al-Qaeda. But time went by and I didn’t give it much thought. Then the journalist Anna Politkovskaya was assassinated, and I went to cover it. I was amazed to discover that in the little world of liberal democrats around Politkovskaya, Limonov was considered a fantastic guy. It was as if Bernard-Henri Lévy and Bernard Kouchner suddenly said, Marine Le Pen, now she’s great. I was so intrigued that, in 2007, I decided to go see Limonov. I spent two weeks with him trying to understand this strange political and personal trajectory.

The mystery of fascism? Was that what intrigued you?

I remember the exact moment I decided to go from reporting to writing a book. Limonov had spent three years in a labor camp in the Volga, a kind of model prison, very modern, which is shown to visitors as a shining example of how penitentiaries have improved in Russia. Limonov told me that the sinks were the same ones he had seen in a super-hip hotel in New York, designed by Philippe Starck. He said to me, Nobody in that prison could possibly know that hotel in New York. And none of the hotel’s clients could possibly have any idea what this prison was like. How many people in the world have had such radically different experiences? He was really proud of that, and I don’t blame him. My socioeconomic experience is relatively narrow. I went from an intellectual bourgeois family in the 16th arrondissement to become a bourgeois bohemian in the 10th. So these trajectories of the little boy in the African village who becomes the UN secretary-general or the little girl from east bumfuck in Russia who becomes an international supermodel fill me with wonder. I have to admire that amplitude of experience, the ability to integrate completely different values and ways of thinking. Limonov’s story, from that point of view, is fabulous. It’s a picaresque novel that also allowed me to cover fifty years of history, the end of the Soviet era, and the mess that followed. I’m surprised that the book has received the unanimously warm reception of the last one.