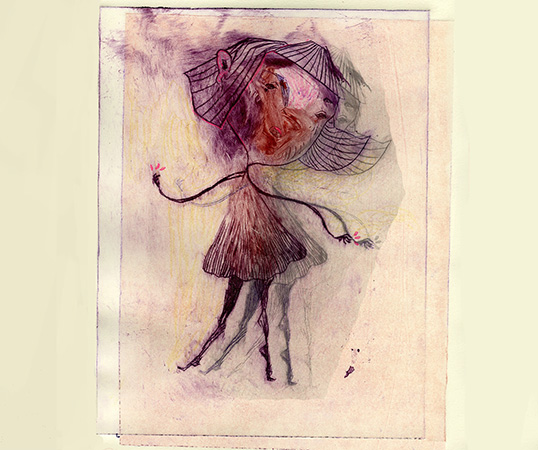 Writing for Asymptote, Amanda DeMarco explores the value and limitations of translation.

IntroductionThis essay about foreignness and translation is strictly composed of quotations. However, I have taken the liberty of replacing select words and phrases with “translation,” “translator,” and the various verb forms of “translate.” It is one of a series of texts I have made that use various collage techniques to create a voice—one that could not possibly be my own. Others can be found in Hotel and the Los Angeles Review of Books. The collage approach has been useful to me in examining various experiences of voicelessness and alienation, but also reveling in the downright Dionysian profusion of voices that can be summoned from the books I love. Dionysus, if you’ll recall, was a foreigner too. Foreign to Oneself One of the great experts on history, culture, and the art in Berlin—Walter Benjamin—once wanted to compose a description of the city using only old descriptions, with all of the monuments described by close contemporaries from the time of their creation. The result would be rather like seeing one’s backyard reproduced with extreme fidelity, but in such a perspective that it becomes a place which one has never seen or visited, which never has existed, which never can exist. This is just like translation. Both are limited, as legends are limited, by being—literally—unlivable, and by referring to the past. Every legend, however, contains its residuum of truth, just as all magic portals are allegories for works of art, across whose threshold we all step into other worlds.

Travel is a substitute for life. So is translation. Both mean getting out of yourself, into the larger world, into the openness in which you need not clutch your story so tightly to your chest; the bigness of the world is a redemption. In translation, you have an intimacy with the faraway and distance from the near at hand. After all, literature is the ideal form of possessing the world for a wanderer, or a refugee; to miniaturize is to make portable.