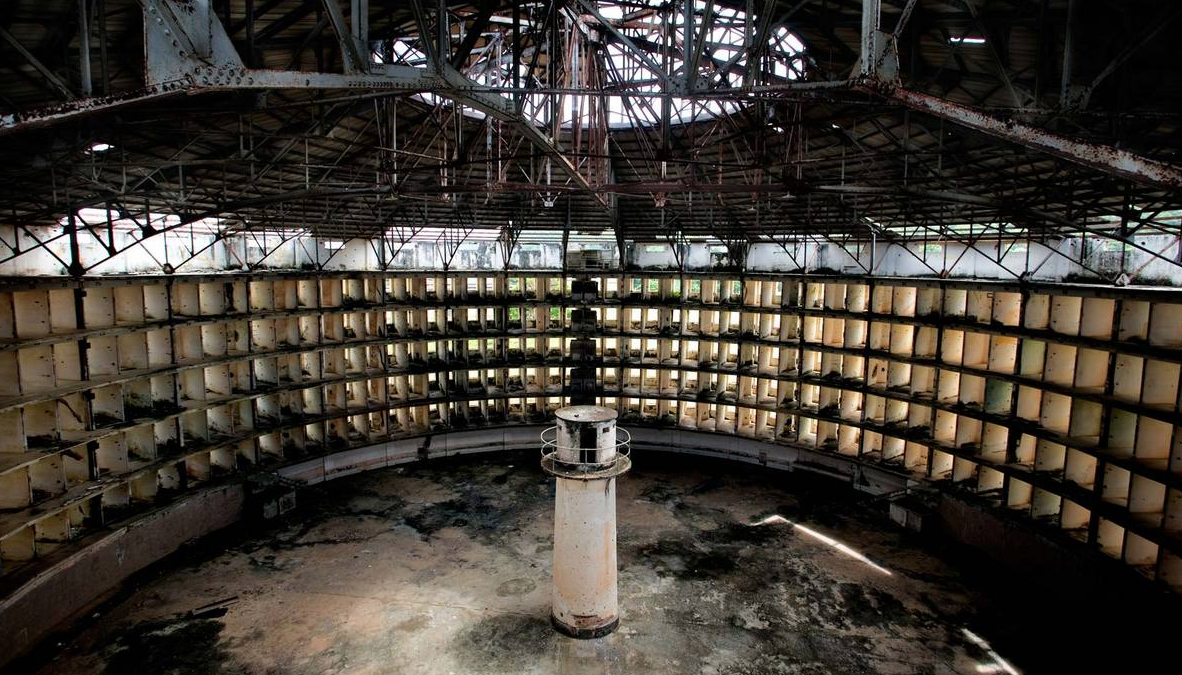 Over at The White Review, Antoine Volodine’s (fictional?) manifesto for post-exoticism, a literary movement regrouping the author’s many pseudonyms, is worth a read. Volodine, who has written works of fiction under at least four different names including Lutz Bassmann, Manuela Draeger, and his own, defines post-exoticism as ‘an imaginary literature from elsewhere and headed elsewhere, a literature that insists upon its status as strange and estranged, that insists upon its singularity and refuses all affiliations to any specific and clearly identifiable national literature’. Volodine’s latest novel, Terminus Radieux, is on the longlist for the the Femina, Médicis and Académie française prizes.

The word itself was coined in 1990, after I’d already published four novels at Éditions Denoël and as Éditions de Minuit was getting ready to publish lisbon, last edge. It was coined as a joke, without much thought for the pros and cons of the phrase. At first, it was indeed a teasing joke. It was first and foremost a way to answer the question – ‘Where do you belong?’ – that a reporter from the nouvel observateur had just asked me. I thought it obscene the way he was interrogating me. It really did seem to be his own job to figure that out. But at the same time, I definitely knew where I didn’t belong, and I suspected that it was important to declare this difference. So I answered. I explained that my books were outside the conventional categories of existing literature. That they belonged to a trend of literary expression that critics hadn’t really identified just yet. They claimed a marginality, a distance from official centres, norms, styles, a distance from metropolises and dominant cultures, but without claiming a particular identity, without claiming to speak on behalf of a downtrodden minority or a particular national minority. ‘Where do you belong?’ I belong where I write. We belong where we’ve constructed a universe of texts, words, rebellions, images, and fictions. We’re outside. Consciously, completely, and confidently outside. That needs to be said.

The phrase ‘post-exoticism’ was empty. Fundamentally, it didn’t mean anything. We’ve taken control of it, we’ve appropriated it, occupied it, inhabited it, we’ve fashioned it so that it fits us perfectly. Eight years later, a slim book came out from Éditions Gallimard: post-exoticism in ten lessons, lesson eleven. Despite its title, this book isn’t an essay, but a fiction, a pure fiction that dramatises several authors in our community, lets them speak, and shows how post-exoticism is a collective novelistic project, a project that exists in the mistrust and disharmony with the external world, with all the official national literatures, and especially with the real world. The book describes in detail the closed and totalitarian system of post-exotic creation. But what interests us most of all is that it definitively answers the question ‘Where do you belong?’ which had been unclear for a long while. The answer is a place: we’re in prisons, in camps, in maximum-security wings where society isolates its most dangerous criminals. We’re physically imprisoned by walls and psychically imprisoned by insanity, by permanence, and by sensory deprivation. There – in that penal universe at once fictional and absolutely tangible – novelistic works are made that you can now find in bookstores or libraries, bearing the more or less relevant names of Lutz Bassmann, Manuela Draeger, Elli Kronauer, Yasar Tarchalski, or Antoine Volodine. There, the voices of post-exotic authors, narrators, and overnarrators intertwine and self-propagate. All are inmates. Their creative freedom is vast. Their words explore the boundless landscapes of the imagination. But none of them is free.

Often I’m asked to define post-exoticism in a short phrase. They ask me to say everything in a single sentence. I’m happy to answer, but the words change depending on my mood and on the circumstances. In any case, I’m going to give you a few of these little overarching definitions. They’re worth what they’re worth, but at least they have the merit of expanding the scope. And, taken together, they broaden the definition.

So what is post-exoticism?
– A literature of elsewhere, from elsewhere, headed elsewhere.
– An international, cosmopolitan literature with memories rooted deeply in the tragedies of the twentieth century: the wars, revolutions, genocides, and defeats of the twentieth century.
– A foreign literature written in French.
– A literature that thoroughly mixes dreams and politics.
– A trash literature, completely broken from official literature.
– A penal literature of rumination, of mental deviance, and of failure.
– A novelistic project that has something to do with shamanism, with a Bolshevist variant of shamanism.