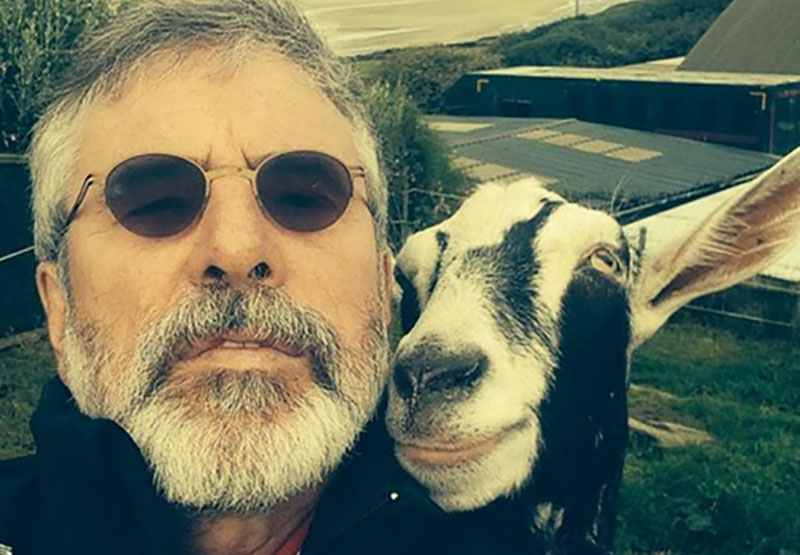 Sinn Féin have published the collected tweets of Gerry Adams, perennial president of the Irish republican political party. Words such as ‘bizarre’ and ‘incongruous’ are simply too light for such an occasion: we advise that you read Mark O’Connell’s brief review of the book for The New Yorker and, as a companion piece, read Patrick Radden Keefe’s article, Where The Bodies Are Buried.

A man is sitting at a desk. He is gray-bearded and bespectacled, and his shirt sleeves are rolled smartly to the elbows. He is sucking on a lollipop, this man, and momentarily adrift in quiet reflection. He pulls the stick from his mouth and evaluates the diminished state of the confectionery, sucked down to a mere glistening fragment. There is a strange look now in his eyes, an expression of melancholy whimsy. Or is it something darker? We can never know the minds of others, but the mind of this particular man is especially unknowable. He sucks the last of his lollipop, places the stick gently on the desk before him. His current state of lollipop-induced wistfulness leads him to think of a song from long ago, a children’s song by the variety entertainer Max Bygraves. On a whim, he takes out his iPhone, and opens up Twitter, and types the lyrics of the song:

He presses send, and he leans back in his chair, taking his own advice (“TGBE” presumably stands for “Tóg go bog é,” a phrase which means “Take it easy” in his native Irish). He watches the likes and retweets roll in, and he is, for all we know, at peace.