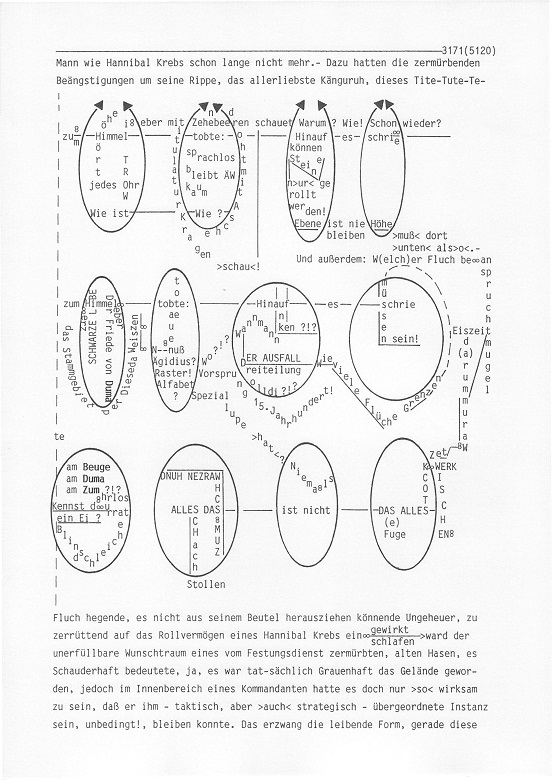 Asymptote features an extract from Adrian West’s translation of Marianne Fritz’s The Gravity of Circumstances, ‘a slim novelette about a woman impregnated during the Second World War by a music teacher who would be drafted and later die in battle’, published in 1978. As West explains in a critical essay accompanying his translation, Fritz is an important and controversial literary figure:

[Her] work is barely known outside her small circle of admirers. Praise, though scant, is neither tepid nor inconsiderable: from 1978, when she received the inaugural Robert Walser Prize for the unpublished manuscript of her first novel, to her winning the highly prestigious Franz Kafka Prize in 2001, her writing was repeatedly honored with awards and stipends. On Naturgemäß, Fritz’s unfinished magnum opus, Elfriede Jelinek commented, “It is a singular work, before which one can do nothing but stand, like a devout Muslim before the Ka’aba.” W.G. Sebald, meanwhile, dedicated to her a section of the late poem “In Alfernée.” Here the image of Fritz working through her exhaustion, “one hand on the keys of her machine,” recalls the passage in The Rings of Saturn on the melancholy of scholars and weavers, “harnessed to the machines we have created.”A contrasting view was held by Thomas Bernhard, who addressed his esteemed publisher, Siegfried Unseld, with characteristic charm in 1986:Before my departure I have had another glance at your recent publishing catastrophe: the 3,000 pages you have had printed and allowed to appear are the greatest embarrassment I have been acquainted with to this day. To print and bind over 3,000 pages of mindless proletarian trash with all the bombast of a centenary event belongs, quite frankly, in the record books: as a world record of stupidity. I am not speaking so much of the begetter of this idiocy, rather of the fact that the publisher has handicapped himself by releasing this fatuous vulgarity.

The extract is worth a read:

“… I WAS JUST DREAMING.”Rudolf hung on the cross. Around him stood scattered groups of people, all of whom contemplated him with deprecating gazes. “Where’s my mother?” Rudolf cried down from the cross.“Your mother is in her grave,” a faceless voice answered him from within the group of people, and Berta became conscious of herself, lying beneath the earth a few meters from the cross. She tried to dislodge the coffin lid and cry out with the force of her love:“Rudolf! I’m still alive! I’m coming! Wait for me! Be patient! I’ll get you down from there! Rudolf!” The dreaming Berta observed the other Berta, as powerless, as voiceless as a corpse in her futile struggle.“Where’s my mother?” Rudolf cried a second time and looked down onto the nearby hillock where there was no cross and no flowers, only shoveled-up earth, as on a molehill. A faceless figure, a torso on two legs, pulled away from the group and said: “There she lies. Let her rest. It will be over soon. You will understand when the sun has reached its zenith.”