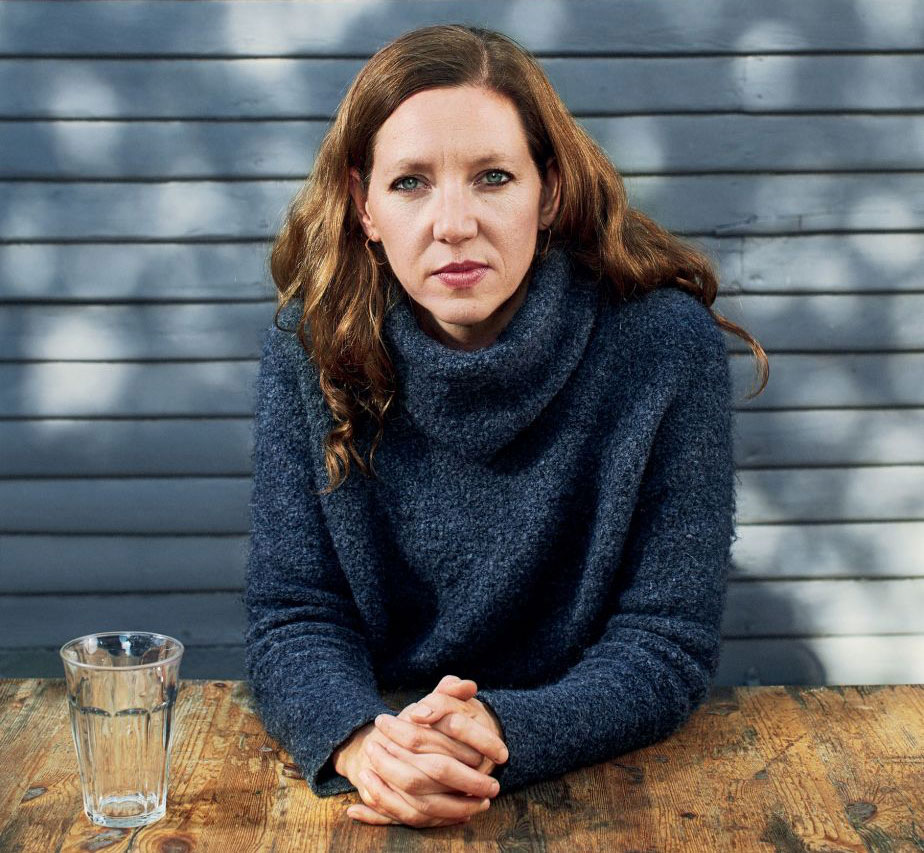 Writing for the New Yorker, Hilton Als paints an intimate profile of Maggie Nelson — “the poet who writes prose; the memoirist who considers the truth specious; the essayist whose books amount to a kind of fairy tale” — and the bodies closest to her:

May 5, 2015: that was when Maggie Nelson’s ninth book, “The Argonauts,” came out. Published two months after the author turned forty-two, the slim, intense volume, which tells the philosophical, sometimes comic tale of Nelson’s ever-developing consciousness, combines—like a number of other masterpieces of American autobiography—memoir, literary analysis, humor, and reporting with vivid instances of both the familiar and the strange. Central to “The Argonauts” is the story of Nelson’s great love for Harry Dodge, a West Coast sculptor, writer, and video artist who is fluidly gendered. As Nelson embarks on her intellectual and emotional journey, Harry also goes on various excursions in order to become the person he is now, whom Nelson describes, quoting a character from Harry’s 2001 film, “By Hook or By Crook,” as neither male nor female but “a special—a two for one.”

Sara Marcus, in an elegant and concise review of “The Argonauts,” for the Los Angeles Times, notes the way that Nelson circles “away and back again to central questions about deviance and normalcy, family-making and love.” What Nelson is asking, throughout the book, Marcus says, is “How does anyone decide what’s normal and what’s radical? What kinds of experience do we close ourselves off to when we think we already know?” Last month, the book won the 2015 National Book Critics Circle Award for criticism, but long before that it was passed around and praised by any number of readers who knew nothing, or next to nothing, about Nelson’s interest in queerness, let alone lives like the ones her memoir grew out of and embodies. What those fans responded to most viscerally, perhaps, was the fact that it’s a book about becoming, both mentally and physically—about what it takes to shape a self, in all its completeness and disarray.

In “The Argonauts,” at the time that Harry is taking testosterone and having a double mastectomy, Maggie is pregnant with their son, Iggy, who is now four. It’s one of the rare moments in modern literature where the pregnant woman does not stand alone, wondering what will become of her or her child; Papa’s going through some fairly significant shit, too. But before the reader can settle into any kind of cozy acceptance of all that, Nelson shifts course again, asking what family can mean when the body is no longer a body but dust and then a memory. Is memory the tie that binds? Is love?

When Harry talks about his life—as he did, with great affability, one evening last August, at a corner table in a dark Los Angeles restaurant—the diminutive, auburn-haired Nelson listens with quiet seriousness. Her pale face turns nearly as red as her hair when Harry says something about their connection, or when she interrupts him to interject an idea or a detail about his own life which he may have forgotten. Afterward, Nelson may blush again or quickly smooth down her hair or say, even more quickly, “Right, right, right,” as a way of marking time, before continuing on with, or going deeper into, whatever she was talking about.

Speaking freely but thoughtfully is important to Nelson, in part because as a kid she was teased for being a “Chatty Cathy,” and in part because she finds ideas irrepressible and exciting to explore. Not surprisingly, Nelson has a very precise relationship to language—and to the vicissitudes of personal history, including the self-mythologizing that goes into making a transformed self. She has published four volumes of accomplished verse, but it’s her prose works, which cover an array of intellectual and social issues, that have brought her a wider readership: the devastating “The Red Parts” (published in 2007 and reissued this month, by Graywolf), for instance, focusses on the aftermath of the 1969 murder of Nelson’s aunt and the trial, thirty-six years later, of a suspect in the case; in “The Art of Cruelty” (2011), Nelson explores the role of the body in an age of extremity; and in “The Argonauts” she questions what it means to be a lover, a parent, someone’s child—“heteronormative” roles—when you don’t feel heteronormative, let alone comfortable with such traditional labels as “gay,” “straight,” “female,” and “male.”

In all of her books, Nelson picks at the underbelly of certainty and finds scabs—the white-male-patriarchy scab, the smug-female-thinker scab, the academic scab—and yet she gives these voices a place in her work, because, as her friend the novelist Rachel Kushner put it, “she knows exactly what kind of language, at this moment, what kind of views, are important, but she also understands that people are vulnerable and they get things wrong, not through malicious intent. Sometimes it’s just a misstep, or they’re too far from the other person’s subjectivity.” Matthew Barney, an artist known for his high-risk, epic exploration of American masculinity, told me that, for him, “The Art of Cruelty” was “the missing piece of a puzzle,” in terms of analyzing a world saturated with pornography and torture. “Maggie’s voice had a certain level of doubt and a self-reflective vibe that made me trust her, even when she was criticizing stuff that I really love.”

It’s Nelson’s articulation of her many selves—the poet who writes prose; the memoirist who considers the truth specious; the essayist whose books amount to a kind of fairy tale, in which the protagonist goes from darkness to light, and then falls in love with a singular knight—that makes her readers feel hopeful. Her universe is “queer,” fluid, as is Harry’s (tattooed on the fingers of his left and right hands, respectively, are the words “flow” and “form”), but this sense of flux has little to do with the kind of sentimental hippiedom that emerged, say, in the Haight-Ashbury neighborhood of Maggie and Harry’s home town in the sixties. Nelson is just as critical of the politics of inclusion as of exclusion. What you find in her writing, rather, is a certain ruefulness—an understanding that life is a crapshoot that’s been rigged, but to whose advantage?