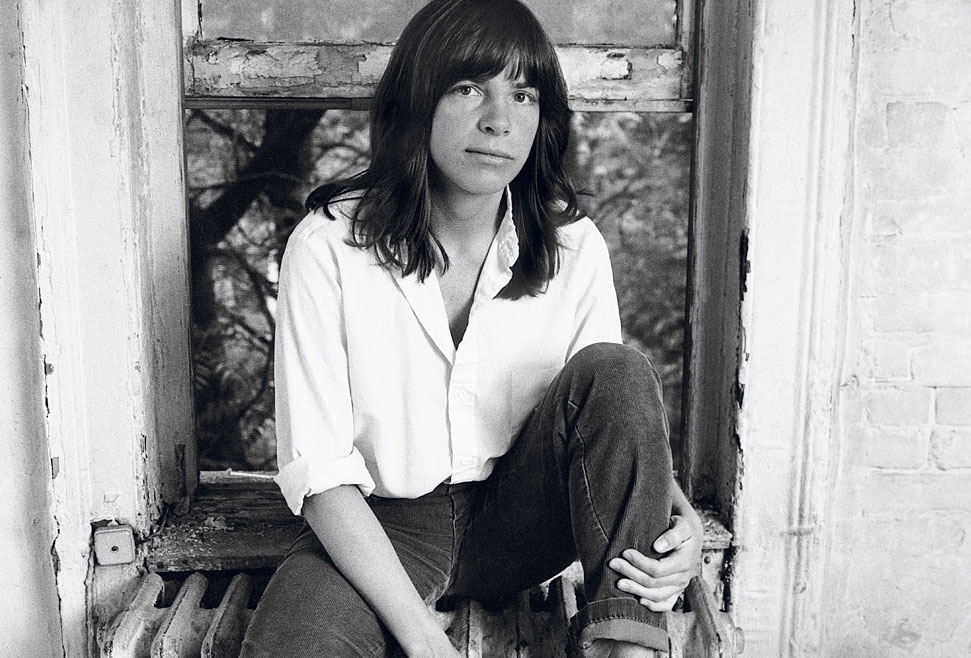 Eileen Myles was interviewed by Ben Lerner for the Paris Review’s Art of Poetry feature for issue 214 of the magazine. Lerner writes that there was ‘no small talk and no dead air’. Here’s a brief excerpt:

How old was your father when he died?

He was forty-four. It was an alcohol-related accident. He was successfully drinking himself to death. He’d reached the point where he had convulsions whenever he stopped. There was a piece of furniture in the house that was there when my parents bought it, and they wanted to get rid of it but they couldn’t angle it down the stairs, so they decided to push it off the roof. They got it out on the roof outside my brother’s bedroom, and we were all told to go downstairs and watch. It was Saturday and it was my sister’s birthday. We’re all waiting downstairs, in the gap between the houses, and my father yells, Here it comes, and he comes flying down and lands at our feet. The story was that he had a convulsion. Because he was exerting himself, he had a fit and he went over the roof instead of the dresser. We lived near Arlington Center, which is northwest of Boston, and fire trucks and everybody in the town were suddenly on our street. But he came to—he woke almost instantly after he hit the ground—and went to the hospital. He had pounding headaches for the next two weeks, and he went for an EEG, but they had crappy instruments in 1961, and they sent him home. I was in school that day, in seventh grade, and there was going to be a party that night, the first girl-boy party I was allowed to go to. Junior-high sex. There was total excitement that day in school. I got in trouble for laughing as we were all going down the stairs, so the nun said, Eileen Myles, write “I will not talk in the corridors” five hundred times as punishment. It was like a prompt. Does Sister Ednata know how many poems she unleashed with that command? When I got home, my dad was taking a nap on the couch. My mother said, Why don’t you just set up a table in the den and do your punish task there so you can keep an eye on him. I’m going to go out and hang clothes. She’s in the yard and I’m writing “I will not talk in the corridors,” and he starts to make weird sounds and he died there right in front of me, his face changing colors and the death rattle and the whole thing and I just kept writing “I will not talk,” “I will not talk.” And then he’s dead.

Yeah, that’s my trauma. And I don’t know if this is my family or the working class in general, but nobody ever talked to me about it. It was never discussed, not one time. Except once about twenty years later. I went home to visit my mother in Arlington and out of the blue she goes, I know you were alone in the house when your father died—like we’d been just talking about it.

How do you understand that moment?

It’s the insane scale of my family. Is it humor? Our brand of silence? I think she was just verifying the facts to me, that I wasn’t invisible, that she did ­understand what had happened. I think. Part of her knew that was necessary. My mother was an orphan, and she wore her own suffering like a badge. We were like children of concentration-camp survivors. She was always telling us we had it so easy—she was four standing on a chair doing the dishes, they made her work hard in all those houses she was passed around in. I’m sure she was beat up and sexually abused, but she’s always in control. She’s also sort of a miracle in a way—very strong. I mean, I really love and admire my mother.