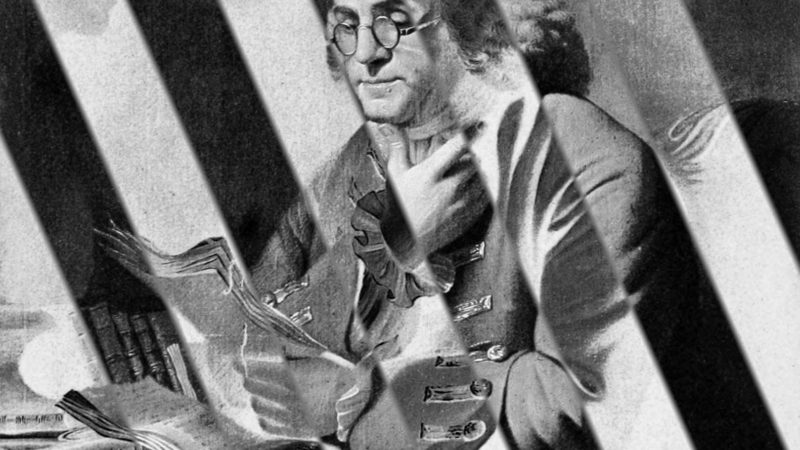 Amelia Gray’s new novel Isadora is based on the life of dancer and choreographer Isadora Duncan. This excerpt in Guernica explores the childhood of one of Duncan’s mentors, Max Merz.

The story of a Viennese boy who became a German man, thanks in unlikely part to Benjamin Franklin.

When Max Merz was a boy, he wanted nothing more than to grow up to become an intellectual. He was ten years old when he first had this idea, studying English under the casual tutelage of an American student who found in Max an eager pupil and extra income every other weekend at the Merz family grocery. To teach the boy clauses and tense shifts, the student loaned him a copybook featuring the writing of Benjamin Franklin. The words were designed to be traced, to hone penmanship rather than theory, but Max found utility in both. And so his very first experience with philosophy came to him in a new language. Florid and lush, Franklin’s paragraphs bloomed in his own hand, the central tenets half obscured by his own understanding but slowly revealing themselves, the curtain drawing aside.

He began to take an immodest pleasure in his book each night, arranging himself by the lamp and touching the silver nib of his pen gently to his lips as a serious scholar might before tracing Franklin’s words with passion and vigor, pausing at times as if he were inventing the ideas and then noting them swiftly, before they flew away. He repeated the action, laying sheet after sheet of parchment over the original and tracing until the words were etched onto the page.

Max loved the feeling of writing more than the process of thinking, and it was immaterial to him that the words he put down were not his own. He copied another page from memory, daydreaming of long nights at the dinner tables of his future professors at university. He would communicate with these men as equals and love them as brothers. Late into these intellectually rousing nights, the professors’ young wives would pour themselves another thimble of port and smile at Max with the same tender look of sentimental pride they had once given their husbands.