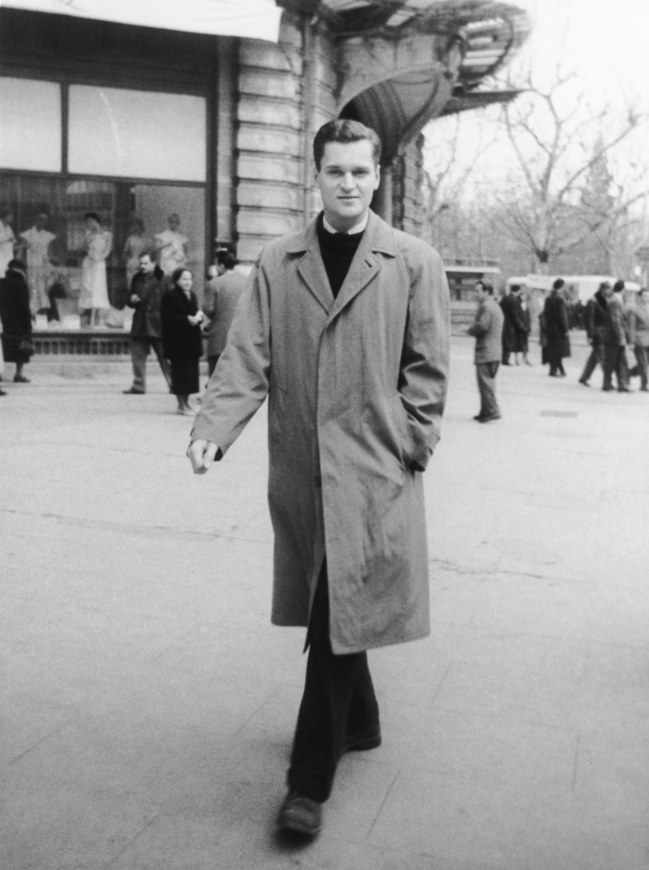 There was in the person and there is in the work such a mixture of genius and modesty, ambition and gentle irony, innovation and deliberate unoriginality, that it sounds a little off, maybe a little stuffy, to speak of John Ashbery’s greatness. A major poet, a master, the most important writer since X—none of that seems right for a poet so enamored of the minor: his love for “other traditions” (as he titled his Charles Norton lectures), his interest in “mild effects” (to quote a phrase from “The Skaters”), his method of “wandering away” (the formulation appears in several books; “wandering” is Ashbery’s version of Whitman’s “loafing.”) It’s as if, when you say he wrote some of the greatest poems in English, his poems respond, “Who, me?” Well, yes, you.

Today I walked around listening to one recording after another on my phone. Ashbery doesn’t change his voice when he begins—when he began—to read his poetry. There is no dramatic heightening, no shift, however subtle, into a declamatory mode. It’s just John reading. And what he’s reading sounds simultaneously like something you’ve heard a million times before, like the songs we know best, and like an intercepted transmission from another world or era, a whisper out of time. I have some ideas about how he accomplishes this weird effect—how he makes the (mild) shock of recognition and the (mild) shock of the new coexist—but I’m too sad to try to summarize them here. And they’re insufficient anyway. (“When one goes at ideas directly, with hammer and tongs as it were, ideas tend to elude one in a poem,” he once said. “I think they only come back in when one pretends not to be paying any attention to them, like a cat that will rub against your leg.”) The poems are like those mirrors in Cocteau’s “Orphée”: at one moment they reflect this world, then suddenly they’re portals to another (although in Ashbery’s poems we rarely find ourselves in the underworld).

The first time I met John (a decade ago), he thought I was someone else. This became slowly clear to me because he kept asking me questions about the poet Landis Everson, about whom I knew basically nothing. (It turned out that John thought I was the writer Ben Mazer, who edited Everson’s collected poems.) There was something appropriate about being misidentified by the poet who’d become my hero, in part because of the beautiful fungibility of his “you”: the way sometimes the poems address you, are alone in the room with a particular reader (yes, you), and sometimes address all possible yous, expand until we feel the mundane miracle of address as such—that there are other people, that there might be a common language. “The poem is a hymn to possibility; a celebration of the fact that the world exists, that things can happen,” Ashbery wrote, sixty years ago, in a review about Gertrude Stein’s “Stanzas in Meditation”; it remains among my favorite descriptions of John’s own work. After I quoted these lines while introducing him at a reading in Brooklyn a few years ago, he wrote to me: “The fact that you would someday be born and later would read my Gertrude Stein review, which I typed laboriously in my furnished room in Rennes, and that you would apply my words to me, well it all makes me feel somewhat dizzy.” I’m dizzied by my luck at having overlapped with John Ashbery, one of the good things about being born when I was (here he would probably make a joke: “Television is pretty good, too,” or “Antibiotics can come in handy”).