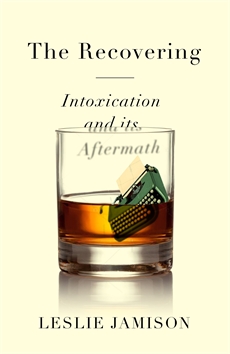 Rachel Cooke interviews Leslie Jamison for the Guardian, discussing her new book The Recovering: Intoxication and its Aftermath.

How does The Recovering connect, if at all, to The Empathy Exams?
There is one line in the last essay in that book where I say “suffering is interesting, but so is getting better”. I threw down some kind of gauntlet, and this book picks that up. The most natural form for it might have been a scholarly monograph; the hybrid nonfiction book is usually a slim volume. But at a certain point, I had to accept that this would be a big book: critical, reported, personal, all sorts of things. I decided to let the material call the shots.

The book examines the lives of several alcoholic writers, among them John Berryman and Jean Rhys. Again, their stories are quite well known. How did you choose who to include?
The picking was largely a function of writers who had been important to me, and of circumstance. So when I moved to Iowa [to join the Iowa Writers’ Workshop], writers who had been there became important: Berryman, Raymond Carver, Denis Johnson. Others I sought out, like Charles Jackson [author of The Lost Weekend, a powerfully realistic novel about alcoholism from 1944]. I felt such a connection with the way the alcoholic impulse is evoked in that book. It was revolutionary, then, that he was willing to be so honest about how petty and banal and claustrophobic drinking can be, but he also captures its enthralment. I was fascinated that he’d tried and failed to write a sober novel. Jean Rhys was important to me in my early 20s: I had a heart-swelling identification with Good Morning Midnight [a 1939 novel about a heavy-drinking woman’s feelings of desperation between the wars]. I returned to her in my 30s, when I was thinking harder about what it meant that Rhys never overcame her drinking.

You use Rhys to look at the way our culture may be harder on, more disgusted by, the female alcoholic than the male. Why do you think male drunks are treated with more sympathy than female?Some of it has to do with care-giving: we’re much more prone to bring expectations of care-giving to women than to men. Part of what it means to be addicted to anything is that you’re absenting yourself from your relationships. That’s more of a crime when a woman does it. This is true in the context of Jean Rhys [who never forgave herself for drinking while her baby son lay dying], but you also see it in the media construction of the crack-mother phenomenon. When a man is a drunk, there is self-destruction. A drunk woman is just as self-destructive, but she’s also unseemly, histrionic, melodramatic.

Was it painful to write about your own  drinking, to remember the blackouts and all the other humiliations involved?
Yes, but not in the ways people expect. I don’t want to write personal narrative unless I’m granular. You lose the truth if you glaze over things. I was reluctant to dramatise the fights with my boyfriend at first, but then I realised that in order to bring someone into my experience, I had to be specific. It was an aesthetic imperative. It’s about craft. When I write loaded personal material, something about the process of crafting, it really bolsters me. How is it serving the larger story? Driving questions carried me through it. It’s actually harder for me to write about other people than about myself.

Have any of the other people in the book responded to it?
Part of my practice is that I ask people who are in a book if they want to read it in manuscript, so we can talk about it, and I can edit. Everyone who’s in it in a substantive way read it a year before publication. Dave [Jamison’s ex-boyfriend], the biggest character, was generous. He made it a better book. But I don’t want to be a Pollyanna. Sometimes, those conversations can be quite difficult. There was material I took out.