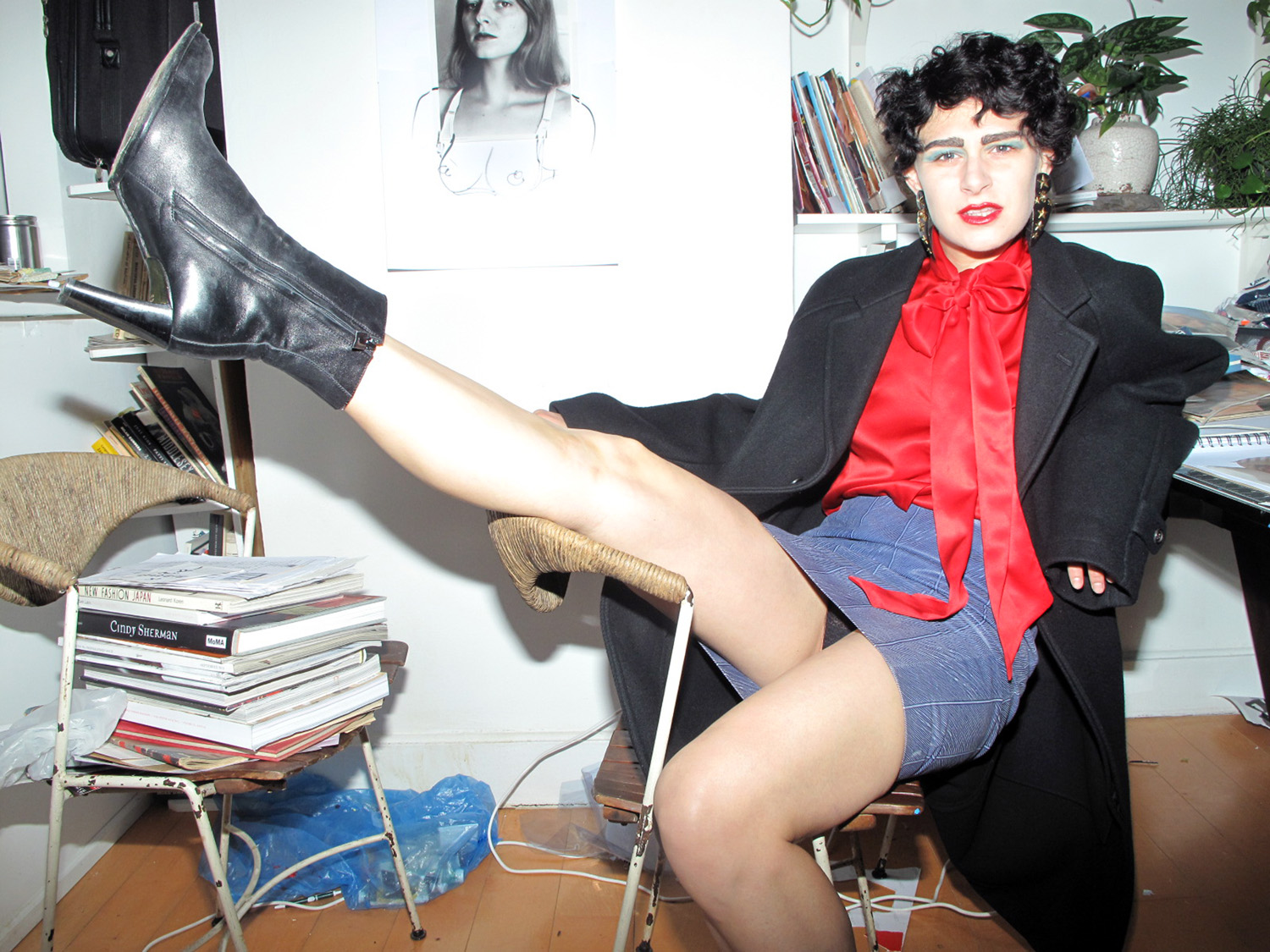 Once a week, for a single semester of high school, I would be dismissed early from class to board the athletics bus with fifteen teenage girls in sleek cap-sleeved volleyball jerseys and short shorts. I was the only boy.

Occasionally a girl who still needed to change would excuse herself behind a row of seats to slip out of her school uniform into the team’s dark-blue colors. For more minor wardrobe adjustments, I was simply asked to close my eyes. In theory, all sights were trained on the game ahead where I, as official scorekeeper, would push numbers around a byzantine spreadsheet while the girls leapt, dug, and dove with raw, adolescent power. But whatever discipline had instilled itself before a match would dissolve in its aftermath, often following a pit stop for greasy highway-exit food, as the girls relaxed into an innocent dishabille: untucked jerseys, tight undershirts, the strap of a sports bra. They talked, with the candor of postgame exhaustion, of boys, sex, and other vices; of good taste and bad blood and small, sharp desires. I sat, and I listened, and I waited, patiently, for that wayward electric pulse that passes unplanned from one bare upper arm to another on an otherwise unremarkable Tuesday evening, the away-game bus cruising back over the border between one red state and another.

The truth is, I have never been able to differentiate liking women from wanting to be like them. For years, the former desire held the latter in its mouth, like a capsule too dangerous to swallow. When I trawl the seafloor of my childhood for sunken tokens of things to come, these bus rides are about the gayest thing I can find. They probably weren’t even all that gay. It is common, after all, for high school athletes to try to squash the inherent homoeroticism of same-sex sport under the heavy cleat of denial. But I’m too desperate to salvage a single genuine lesbian memory from the wreckage of the scared, straight boy whose life I will never not have lived to be choosy. The only other memory with a shot at that title is my pubescent infatuation with my best friend, a moody, low-voiced, Hot Topic–shopping girl who, it dawned on me only many years later, was doing her best impression of Shane from The L Word. One day she told me she had a secret to tell me after school; I spent the whole day queasy with hope that a declaration of her affections was forthcoming. Later, over the phone, after a pause big enough to drown in, she told me she was gay. “I thought you might say that,” I replied, weeping inside. A decade later, after long having fallen out of touch, I texted her. “A week ago, I figured out that I am trans,” I wrote. “You came out to me all those years ago. Just returning the favor.”

This was months before I began teaching my first undergraduate recitation, where for the second time in my life—but the first time as a woman—I read Valerie Solanas’s SCUM Manifesto. The SCUM Manifesto is a deliciously vicious feminist screed calling for the revolutionary overthrow of all men; Solanas self-published it in 1967, one year before she shot Andy Warhol on the sixth floor of the Decker Building in New York City. I wondered how my students would feel about it. In the bathroom before class, as I fixed my lipstick and fiddled with my hair, I was approached by a thoughtful, earnest young woman who sat directly to my right during class. “I loved the Solanas reading,” she told me breathlessly. “I didn’t know that was a thing you could study.” I cocked my head, confused. “You didn’t know what was a thing you could study?” “Feminism!” she said, beaming. In class, I would glance over at this student’s notes, only to discover that she had filled the page with the word SCUM, written over and over with the baroque tenderness usually reserved for the name of a crush.

I, too, had become infatuated with feminism in college. I, too, had felt the thrill of its clandestine discovery. I had caught a shy glimpse of her across a dim, crowded dormitory room vibrating with electronic music and unclear intentions: a low-key, confident girl, slightly aloof, with a gravity all neighboring bodies obeyed. Feminism was too cool, too effortlessly hip, to be interested in a person like me, whom social anxiety had prevented from speaking over the telephone until well into high school. Besides, I heard she only dated women. I limited myself, therefore, to acts of distant admiration. I left critical comments on the student newspaper’s latest exposé of this or that frat party. I took a Women’s Studies course that had only one other man in it. I read desperately, from Shulamith Firestone to Jezebel, and I wrote: bizarre, profane plays about rape culture, one where the archangel Gabriel had a monologue so vile it would have burned David Mamet’s tongue clean off; and ugly, strange poetry featuring something I was calling the Beautiful Hermaphrodite Proletariat. Feminism was all I wanted to think about, talk about. When I visited home, my mother and my sister, plainly irritated, informed me that I did not know what it was like to be a woman. But a crush was a crush, if anything buttressed by the conviction that feminism, like any of the girls I had ever liked, was too good for me.