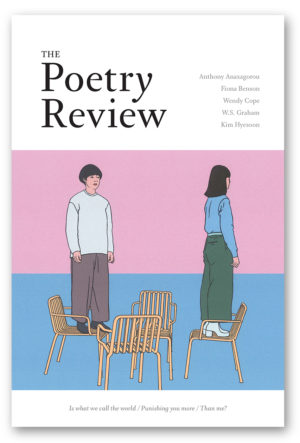 I am inside somebody who loves me. I can’t help but hear Whitney Houston’s proclamation, I wanna dance with somebody, with somebody who loves me when I announce that, that’s the pitch it accesses, and it’s accurate, I want to take myself dancing and poetic language allows it, although the deliberate confession I launched into the dance with derives from a desire to revise or refuse the truth Amiri Baraka offered in his poem ‘An Agony. As Now’ when he wrote I am inside someone / who hates me. No. Not anymore. Not today. No more patient and methodical self-sabotage or effort to feel my way into brown skin with self-loathing as the neural-transmission. No more shrill militancy to protect us from our private sense of helpless sublimation. I am inside somebody who loves me. She would kill for me. She writes in order to avoid having to murder the ones who are inside somebody who hates them. As an act of love she addresses their pathology with reckless authority and most of all, movement, a way of penetrating space that refuses to close the self to the self, that is no longer complicit with being held hostage behind self-inflicted enemy lines. And she understands that her position is one of luxury, that being in a black body and loving it in the West is either a lie or insane or deranged or anti-social or so electric and full of life it nearly knocks you down as it passes through you as lucid resolve, redemptive and precarious.

From that loving pact, can a poem be choreographed or improvised the way a dance can? Maybe, if it can be inhabited the way a body is, if each word and phoneme indicates a part of a living system moving through space and time with immortal intentions, if the words populate a vision and also dangle that vision over the ledge of the unknown, testing and establishing its boundaries in the same gesture. If the poem is inside of a syntax that loves it, it cannot help but propel with the grace and rigor of a spinning body. But if I am inside somebody who loves me but I articulate that love in a language that denies me, that wants me to bend to its broke-down grammar, acquire the tension of its jittery stops and starts, a showdown is brewing, some kind of revenge for the haunt of false epiphanies and memories wilting in the shade of namelessness is on the horizon.

Somewhere between the somebody who loves me and the language that tries to exploit me for my ineffable vital energy, there’s a crevice for intention/inevitable linguistic disobedience that thus obeys that love we begin with and occupy relentlessly, and there are poems lighting up that crevice and broadening it into sanctuary. The poems I love, and love to write, exact the joy of that space as retribution, reaching out with rage and tenderness for new utterance and ideas as well as for the ancient ones, on both sides casualties of colonialism, so that when we note that everywhere members of the African diaspora live, an unapologetic practice of improvisation and ‘speaking in tongues’ and dancing to go with it and religion to legalize it and jazz music to canonize it into something secular that the colonizer’s mind can openly fetishize, we realize that we are witnessing a poetics of refusal so sophisticated it passes for something verging on the folkloric. The black and brown bodies of the world refuse to follow the drab codes of western language/logic, in thought or in form, and poetry is our most effective weapon and reprove besides our actual bodies. Though I’d rather not label it war. I’d rather say I am inside somebody who loves me and I can prove it by the way she speaks of me, to me, and through me, and by the rules she refuses to follow. In not so much a hierarchy as a system, the way we move through space and time, how we treat and see our bodies, how valuable we believe we are, how free, how eager to know ourselves and reflect that knowing as being, becomes the way we think and those thoughts become the way we live especially when surrendered beyond the stage of vibration into spoken language.