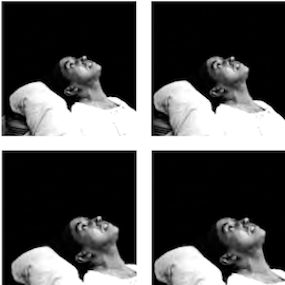 For the LA Review of Books, Emily Wells on the articulation of pain in literature.

“English,” Virginia Woolf writes in “On Being Ill,”

which can express the thoughts of Hamlet and the tragedy of Lear, has no words for the shiver or the headache … The merest schoolgirl when she falls in love has Shakespeare or Keats to speak her mind for her, but let a sufferer try to describe a pain in his head to his doctor and language at once runs dry.

Woolf seeks to establish illness as a serious project in literature, which “does its best to maintain that its concern is with the mind; that the body is a sheet of plain glass through which the soul looks straight and clear, and, save for one or two passions such as desire and greed, is null, negligible, and non-existent.”

However, even in this essay on illness, Woolf only hints at the mental and physical ailments that plagued her throughout her life, asserting that, in the matter of disease, “we go alone, and like it better so. Always to have sympathy […] would be intolerable.” Though she potently explores states of illness in her fiction — Rachel’s delirious, raging fever in The Voyage Out, Rhoda’s madness in The Waves, and Septimus’s suicidal mania Mrs. Dalloway — in describing pain explicitly and specifically her own, language does appear to run dry.

Considering this disparity between her fictional and nonfictional treatments of pain, we must ask, is the “running dry” a failure of language, or of the will? Does Woolf’s reticence owe more to the shame that goes hand in hand with sharing one’s pain than to a weakness in the language itself? Perhaps language fails us only when we wish to express our pain, rather than the pain of others. In her 1985 volume The Body in Pain: The Making and Unmaking of the World, Elaine Scarry echoes Woolf’s lamentations at the limits of language:

Whatever pain achieves, it achieves in part through its unsharability, and it ensures this unsharability through its resistance to language […] Physical pain does not simply resist language but actively destroys it, bringing about an immediate reversion to a state anterior to language, to the sounds and cries a human being makes before language is learned.

Scarry also notes that the language used to describe the physical pain experienced by the individuals she has interviewed often comes from others speaking on their behalf. To the person in pain, there is no reality besides that pain. The effect of this reality-defining pain on an individual identity is modeled in Meghan O’Rourke’s most recent poetry collection, Sun in Days, a poignant meditation on chronic illness:

I discovered what I had always naturally called I was really no longer an “I.”

It changed all the time — in fact, entirely receded as a coherent notion — according to something happening in my cells that no one could identify …

Walking, teaching, writing, I experienced myself as categorically fraudulent.

This experience of categorical fraudulence, in which one lacks the exact word for an experience, may force a writer into the realm of metaphor. Yet in Illness as a Metaphor, Susan Sontag takes issue with disease metaphors. “I want to describe not what it’s really like to emigrate to the kingdom of the ill and to live there,” she writes, “but the punitive or sentimental fantasies concocted about that situation; not real geography but stereotypes of national character.” Throughout, Sontag challenges psychological abstractions that do more harm than good:

We are not being invaded. The body is not a battlefield. The ill are neither unavoidable casualties nor the enemy […] About that metaphor, the military one, I would say, if I may paraphrase Lucretius: Give it back to the war-makers.

Sontag’s condemnation of metaphor is refreshing and even salutary, but what language is left for those who suffer from diseases that don’t have a precise scientific designation? Can writers who wish to convey the nuanced experience of being in an ill body resist metaphor? In any event, relying on seemingly precise definitions may actually obscure the true meaning of an experience.