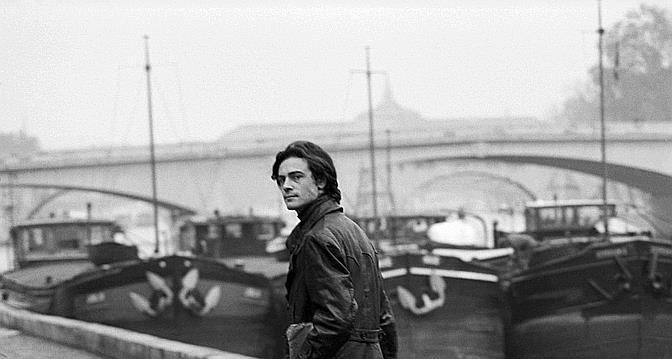 ‘By 1974, Modiano had already been typecast as the Occupation novelist, and he didn’t do much to vary things,’ writes Leo Robson in a good piece on the reaction to Patrick Modiano winning the Nobel in the New Statesman. He also attempts to make sense of his oeuvre (yes, oeuvre), although  we’ll have to wait a while for someone to do that properly and extensively as only five of his thirty-one works of fiction have ever been translated into English. On that note, the passage below on his publishing history is particularly interesting. Gallimard will make a lot of money from this.

If the French are indeed astonished, as Sturrock says, they might nevertheless be feeling that a justice has been done. The novelist Edmund White tells me that Modiano’s work was “always highly respected” during the 1980s, when he lived in France. People even talk of “le phénomène Modiano”. His books, published by Gallimard, often linger in the bestseller lists. “(The initial print run of his new novel, published earlier this month, was 100,000.) John Flower ascribes this success partly to “the continuing and very real interest in the period of the Occupation and Resistance” and partly to “the popularity of the detective novel”, a form that Modiano often deploys.

In England and America, where few obsess over the Occupation but detective novels are devoured in their millions, Modiano has received almost no attention in the last thirty years. There are twenty-eight Modiano books that have been published in Spanish, twenty-one in German, twelve in Swedish, but the five British editions of his work, the product of four publishers and five translators, are all unavailable. At the time of the Nobel announcement, the only English-language publisher with Modiano books in print was the Boston-based David R Godine.

Visiting the Frankfurt Book Fair in the early 1990s, the company’s founder had asked Gallimard to recommend their best French writers who were not much published in English – and was given the names Sylvie Germain, J M G Le Clézio, who won the Nobel Prize in 2008, and Modiano. Godine have sold just enough copies of their Modiano titles, Missing Person and Honeymoon, a translation of Voyage de Noces (1990), over the last two decades to keep them in print, as part of their Verba Mundi series, which also includes celebrated novels by Germain (The Book of Nights) and Le Clézio (Desert). Otherwise, the record is patchy, with all British editions long out of print. Yale University Press, an Anglo-American publisher, had been planning to publish, as part of their own translation series, a book comprising three Modiano novels in the spring, but the publication date was brought forward, presumably one or two seconds after the historian Peter Englund, the permanent secretary of the Swedish Academy, read Modiano’s name from a piece of crinkled A4 paper.

If Modiano has struggled to gain a following in England, collaborators or detectives probably have little to do with it. This has been the case with virtually all French fiction since the post-war high of Oulipo, whose spokesman Raymond Queneau taught Modiano geometry and encouraged his writing, and the nouveau roman. Without ever being a gang, a move that might have helped them, Modiano, Le Clézio, and Tournier –who referred to the “impasse du nouveau roman” – initiated what has been called the “narrative turn” in French fiction. Writing in 1975, the novelist François Nourissier, casting around for new French writers “of consistently high quality”, named those three. But this turn or return – the resumption of normal narrative service – has struggled to replace the strictures of Oulipo and the nouveau roman, offering little to compete with Robbe-Grillet’s headline-grabbing claims that the Balzac model, and “the old myths of depth”, had expired.

But while Modiano has never been internationally popular, he is nevertheless widely studied. Although Flower recognises Tournier’s The Erl-King as a book that took off in a way that Modiano’s books haven’t, he says that his student always offered “a very enthusiastic response” to Modiano. Gerald Prince tells me that his work-in-progress, a guide to the French novel between 1951 and 2000, so far contains more entires on Modiano than on any other writer. There are over twenty books devoted to Modiano’s work, often with titles containing the words “self”, “myth”, “postmodern”, “biography”, “memory”, and “history”, and by no means all of them are French. Modiano specialists are to be found in Australia, Canada, Sweden, Finland, and Holland, and the Modiano industry was busy enough to inspire, in 2004, an international conference at Kent, organised by Flower, who later edited a collection of the papers. Chapter titles include “La mémoire de la Shoah: Dora Bruder”, “Fade-Out: Patterns of inconclusion in Modiano’s novels”, and “Les biographies imaginaires de Patrick Modiano : entre mythe et histoire”.