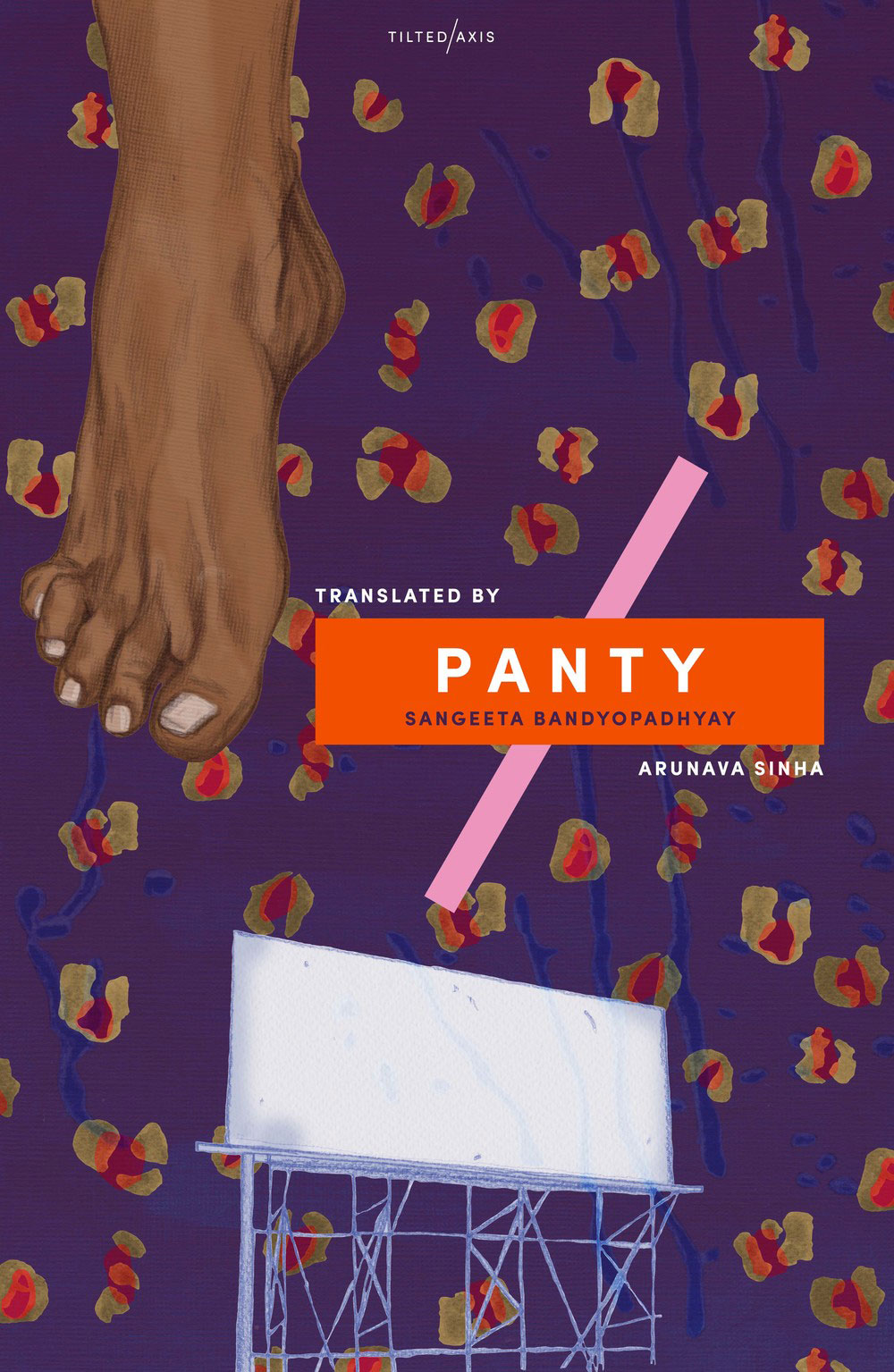 Read an excerpt from Sangeeta Bandyopadhyay’s novel, Panty (tr. Arunava Sinha), to be published in June by Tilted Axis Press over on The White Review:

She was walking. Along an almost silent lane in the city.

Work – she had abandoned her work a long time ago, to walk. The sky had just turned a happy black.

As she walked, she mulled over two words – ‘legitimate’ and ‘illicit’. The presumption that these words were innate opposites – how totally were individuals expected to acquiesce to this! And yet the illicit held the greatest attraction for all that was legitimate.

Once, in an urge to ascertain the meanings of ‘legitimate’ and ‘illicit’, she had wished for a space that was at once one of emptiness and of equilibrium, the kind of space that defied the laws of nature. She had searched for such a space, but never found it.

Having walked for hours, when she came to her senses she discovered herself in the lane she was in now. And saw that the place was unfamiliar.

The lane was narrow and deserted, with ramshackle houses on either side. The bricks were exposed in the crumbling walls. The windowpanes were broken, and dirty water dripped from the pipes. Sucking out all the life force from this water, a banyan sapling had begun to rear its head. There were three or four antennae on the roof of every house in this lane full of potholes and crevices. Thousands of crows sat on the antennas. So many crows that the city would turn dark if they were all to spread their wings simultaneously.

Only a handful of rickshaws rattled by, some pulled by hand, some with pedals. There was the odd passer-by, humming, cigarette tip glowing. A dog whined at the sight of one of them. She was about mid-way down the lane when it was abruptly plunged into impenetrable darkness. A power cut had swooped down like a black panther, gobbling up the lane. Everything was annihilated by the killer paw of darkness.

She couldn’t decide what to do. Carry on? Go back? Both options appeared equally futile. She sensed the blindness even within her consciousness.

Surprised by her awareness of the extreme silence all round, a strange touch against her lips caused her to jump out of her skin.

Someone’s lips descended on hers; on the lips alone. They didn’t touch her anywhere else, the rest of her remained untouched and absolutely free; in the utter darkness an unknown pair of lips kissed hers deeply. A mild pain of being bitten and mauled, the warmth, the saliva, and the fire of an unfamiliar ache spread across her lips as one.

In that darkness, the disembodied lips filled her lips, her tongue and the fleshy cavity of her mouth with the taste of the kiss, and she stood erect, savouring this novel feeling. She was hooked. When the lips left her, ending the kiss, the first sensation that returned was of sound. She heard, in turn, the sound of metal being hammered, of bus wheels rotating, of anklets jingling in a nearby house. The street lamps snapped back on, and the movement of people resumed. A dog howled.

She resumed her slow walk to the bottom of the lane. And then, as she turned the corner onto the main road, the meaning of ‘illicit’ became clear to her.

She had returned to the same lane many times since then, always just as dusk descended. There she would stand still and wait for the lights to go out, for a kiss to swoop down on her.