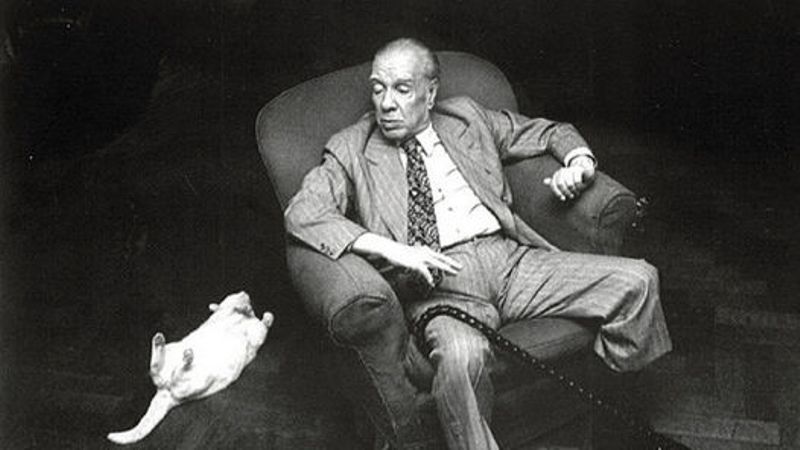 ‘Pierre Menard, author of the Quixote’ by Jorge Luis Borges, one of the very best short stories ever written? And an opportunity for us to link to a website called Cold Bacon:

The visible work left by this novelist is easily and briefly enumerated. Impardonable, therefore, are the omissions and additions perpetrated by Madame Henri Bachelier in a fallacious catalogue which a certain daily, whose Protestant tendency is no secret, has had the inconsideration to inflict upon its deplorable readers—though these be few and Calvinist, if not Masonic and circumcised. The true friends of Menard have viewed this catalogue with alarm and even with a certain melancholy. One might say that only yesterday we gathered before his final monument, amidst the lugubrious cypresses, and already Error tries to tarnish his Memory . . . Decidedly, a brief rectification is unavoidable.

I am aware that it is quite easy to challenge my slight authority. I hope, however, that I shall not be prohibited from mentioning two eminent testimonies. The Baroness de Bacourt (at whose unforgettable vendredis. I had the honor of meeting the lamented poet) has seen fit to approve the pages which follow. The Countess de Bagnoregio, one of the most delicate spirits of the Principality of Monaco (and now of Pittsburgh, Pennsylvania, following her recent marriage to the international philanthropist Simon Kautzsch, who has been so inconsiderately slandered, alas! by the victims of his disinterested maneuvers) has sacrificed “to veracity and to death” (such were her words) the stately reserve which is her distinction, and, in an open letter published in the magazine Luxe , concedes me her approval as well. These authorizations, I think, are not entirely insufficient.