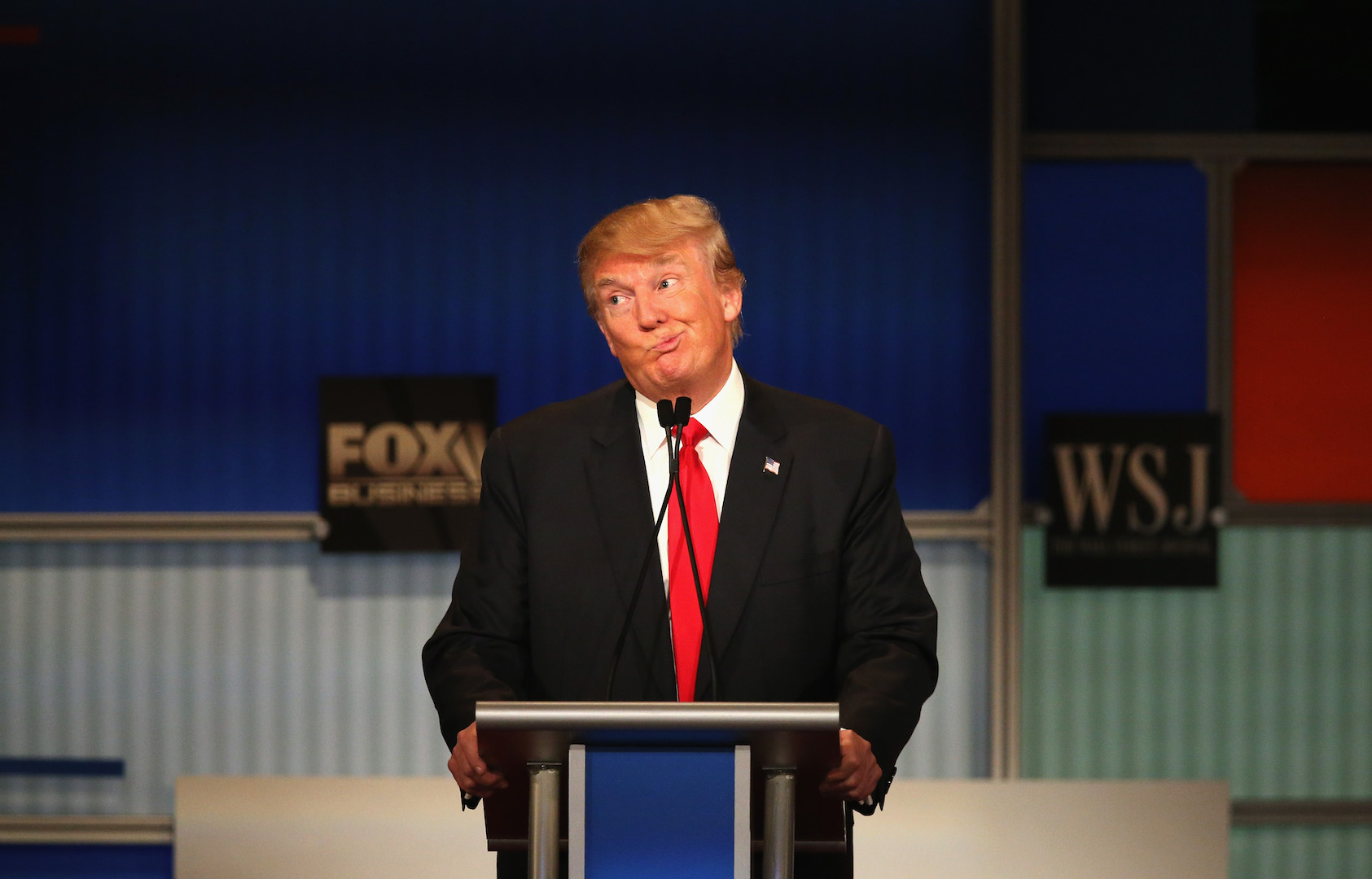 In the wake of Donald Trump’s inauguration as 45th president of the United States, we look back to Granta magazine’s revision of why we’re a post-truth society. Words by Peter Pomerantsev:

As his army blatantly annexed Crimea, Vladimir Putin went on TV and, with a smirk, told the world there were no Russian soldiers in Ukraine. He wasn’t lying so much as saying the truth doesn’t matter. And when Donald Trump makes up facts on a whim, claims that he saw thousands of Muslims in New Jersey cheering the Twin Towers coming down, or that the Mexican government purposefully sends ‘bad’ immigrants to the US, when fact-checking agencies rate 78% of his statements untrue but he still becomes a US Presidential candidate – then it appears that facts no longer matter much in the land of the free. When the Brexit campaign announces ‘Let’s give our NHS the £350 million the EU takes every week’ and, on winning the referendum, the claim is shrugged off as a ‘mistake’ by one Brexit leader while another explains it as ‘an aspiration’, then it’s clear we are living in a ‘post-fact’ or ‘post-truth’ world. Not merely a world where politicians and media lie – they have always lied – but one where they don’t care whether they tell the truth or not.

How did we get here? Is it due to technology? Economic globalisation? The culmination of the history of philosophy? There is some sort of teenage joy in throwing off the weight of facts – those heavy symbols of education and authority, reminders of our place and limitations – but why is this rebellion happening right now?

Many blame technology. Instead of ushering a new era of truth-telling, the information age allows lies to spread in what techies call ‘digital wildfires’. By the time a fact-checker has caught a lie, thousands more have been created, and the sheer volume of ‘disinformation cascades’ make unreality unstoppable. All that matters is that the lie is clickable, and what determines that is how it feeds into people’s existing prejudices. Algorithms developed by companies such as Google and Facebook are based around your previous searches and clicks, so with every search and every click you find your own biases confirmed. Social media, now the primary news source for most Americans, leads us into echo chambers of similar-minded people, feeding us only the things that make us feel better, whether they are true or not.

Technology might have more subtle influences on our relationship with the truth, too. The new media, with its myriad screens and streams, makes reality so fragmented it becomes ungraspable, pushing us towards, or allowing us to flee, into virtual realities and fantasies. Fragmentation, combined with the disorientations of globalization, leaves people yearning for a more secure past, breeding nostalgia. ‘The twenty-first century is not characterized by the search for new-ness’ wrote the late Russian-American philologist Svetlana Boym, ‘but by the proliferation of nostalgias . . . nostalgic nationalists and nostalgic cosmopolitans, nostalgic environmentalists and nostalgic metrophiliacs (city lovers) exchange pixel fire in the blogosphere’. Thus Putin’s internet-troll armies sell dreams of a restored Russian Empire and Soviet Union; Trump tweets to ‘Make America Great Again’; Brexiteers yearn for a lost England on Facebook; while ISIS’s viral snuff movies glorify a mythic Caliphate. ‘Restorative nostalgia’, argued Boym, strives to rebuild the lost homeland with ‘paranoiac determination’, thinks of itself as ‘truth and tradition’, obsesses over grand symbols and ‘relinquish[es] critical thinking for emotional bonding . . . In extreme cases it can create a phantom homeland, for the sake of which one is ready to die or kill. Unreflective nostalgia can breed monsters’.