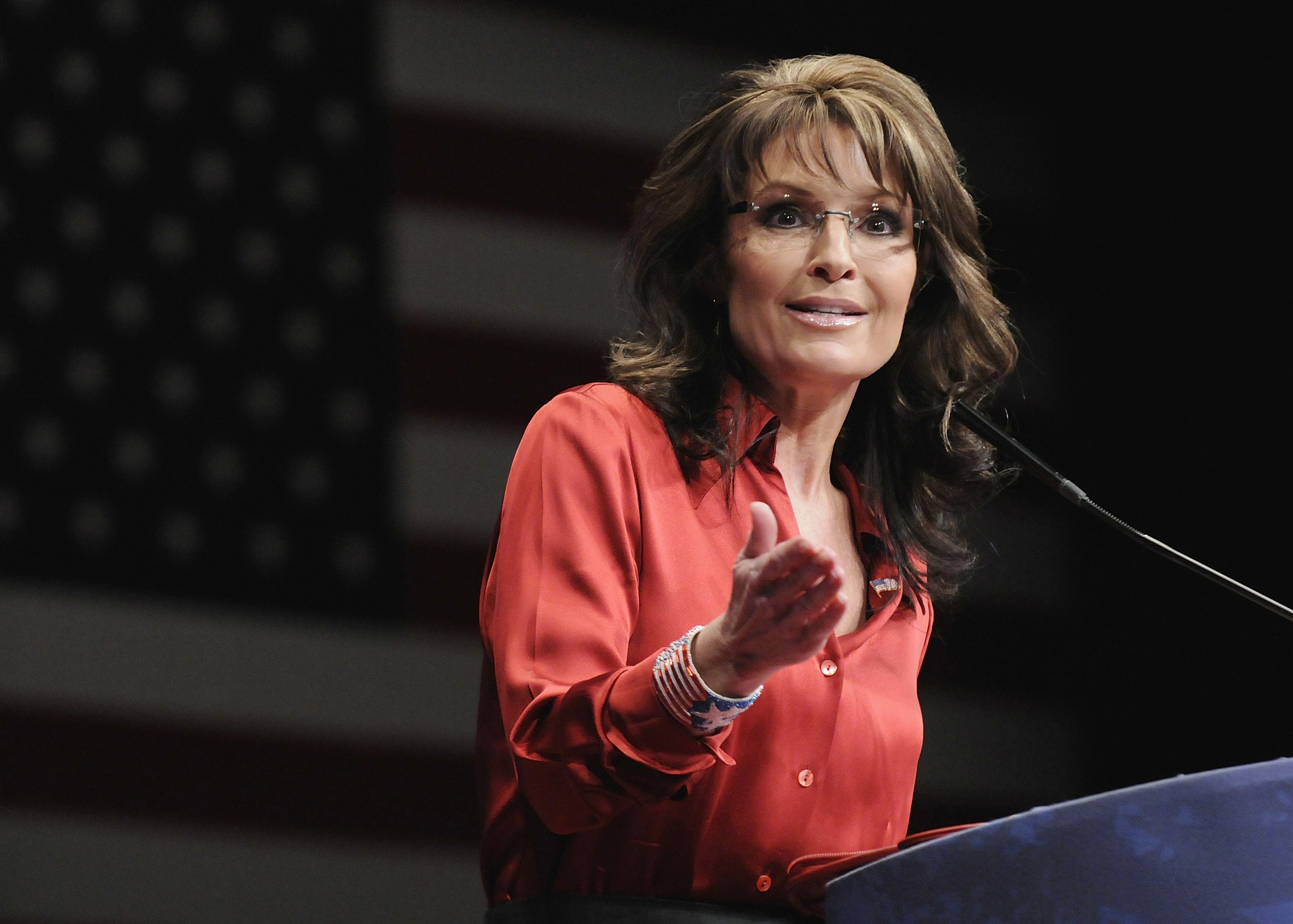 Agustín Fernández Mallo’s story ‘Sarah Palin Night’ appeared in The White Review in 2012.  With a potential upcoming position for Palin in Trump’s new Cabinet, it seems an apt time to revisit it:

IT WAS A SUNDAY AFTERNOON, SIESTA TIME: MY PHONE BUZZED in my pocket. ‘Is this Agustín Fernández Mallo?’ ‘Yes, who is this?’ ‘The Republican Party Department of Lotteries and Prize Draws, Washington DC, we are calling to inform you that you have won.’ ‘Won? Won what?’ ‘Isn’t this Agustín Fernández Mallo, a Spaniard residing in the city of Chicago?’

I know I should have told the truth to that female, Puerto Rican-inflected voice, I know I should have told her that that was a different Agustín, that I was not currently vacationing in Spain, that I did not work as a teller at Bank of America branch no. five in the city of Chicago, that I was not 34 years old, the fact is, I should have said many things I did not say because, following my reply in the affirmative, the Puerto Rican woman informed me that I had won a trip to accompany the vice-presidential candidate Sarah Palin on the campaign trail. It’s not that I have anything against accompanying a potential US Vice President, but rather that I would all of a sudden be obliged to request my one month vacation allowance. I was at that time bogged down in the writing of a blow-by-blow account of Great Britain in the seventies, focusing on sitcoms and the onset of punk, and I had set that month aside to watch the six seasons of George and Mildred back-to-back (available at EL CORTE INGLÉS, on sale right now).

Long story short: seven days later I found myself loading my suitcase into the black Citroën C5 waiting outside my front door.

At 8 o’clock on a Friday morning I was dropped off at the entrance to the San Francisco Hilton, a hotel I already knew from the tv show THE STREETS OF SAN FRANCISCO (1972, Michael Douglas and Karl Malden), the weekly adventures that fueled my childhood gunslinger fantasies.

The Hilton lobby was a sort of amphitheatre, which could be accessed via the upper stands, while below, a collection of fifteen box offices served as check-in desks. The wafer-coloured doors, the copper banisters, the fake Persian rugs and precisely that odd amphitheatre shape seemed to conceal the fact that all of this had at one time been a college-sized basketball arena. But, if so, how to explain my childhood memory of the hotel in THE STREETS OF SAN FRANCISCO? It was then that I thought that, in America, even the most ancient things always call to mind something modern, and not the other way round. For instance, to the left and right, large satin-hued posters displayed Palin’s face, half-seen from the side over the Stars and Stripes. It was quite clear that Palin was an old-fashioned woman who recalled something from the here and now: Zara outfits modeled on SEX IN THE CITY. Two black concierges led me over to desk no. 10. At all times, Jesse made sure that nothing strayed from the plan. It’s just dawned on me that I haven’t yet mentioned Jesse: dressed in a loose-fitting, foot-length coat, very dark Ray-Ban Wayfarers and leather gloves, he was the Republican Party PR Officer for Foreign Affairs, four rungs down from Sarah Palin’s personal adviser. I placed my suitcase on the almost Persian rug and Jesse, without fuss, checked me in. Passport, smoking room, 5-mega’ internet connection. From his replies to the data-gathering-girl, it did not take me long to figure out that Jesse had been on the force. The young woman’s questions set him on edge, made him awkward, accustomed as he was to asking all the questions, he was all yeses and nos; a multiple choice test. Jesse took his leave with a handshake, not without first making it clear that I should be in the lobby at 8am the following day, ready to set off. ‘It’s a long trip son. One city and five towns tomorrow. You’ve got the whole day to yourself today, twenty-four hours, rest up but get some air. I recommend you get yourself down to the bay to see the seals and eat three pistachio ice-creams.’ He took me by the shoulders and said, ‘Those are fine ice-creams, son, mark my words, real fine. If you have any problems, here’s my number.’ He scribbled a cell number on the back of his card, from which I gathered that this was his ‘plan B’, the one you give out so as not to pick up when the phone rings. His handwriting linked jagged numbers. I thought of badly-tied shoelaces.

I placed my card in the slot and there was light. To the left, the bed. A table at the back, next to the tinted window. In the bathroom, two identical wash basins were embedded in a single, off-white piece of marble. I washed my hands; the airline food had left them in a foul state. The faucet called to mind an abstract, metaphysical dolphin, as if sculpted by Oteiza but Made in China. I threw water on my face. Jet lag. I was filled with curiosity at the thought that the following day I would shake the hand of Sarah Palin (maybe even a kiss on the cheek, who knows?). In the days leading up to the trip I had gathered plenty of information about the candidate online, to familiarise myself; I don’t like to be caught with my pants down.

I dressed for comfort, a white Knicks tracksuit, bought specifically for the trip, and took out a handful of books from my suitcase, nothing special, miscellany on the history of America. I turned on the TV and headed over to the window. On the small, round (but almost Elizabethan) table, I found a note addressed to me, on paper bearing the Hilton letterhead. As a welcoming gesture, someone had taken the trouble to write down by hand the hotel’s telephone directory, the menus, the city’s top sights, everything, word for word, copied to the letter from the hotel’s standard, printed directory, which was placed symmetrically to the right. The one addressed to me had been signed by the hotel management in impeccable handwriting. It was headed by the phrase ‘one hundred years of solitude’; this last detail baffled me, although I found it moving.

I threw myself onto the bed, one of those royal models from which the canopy has been axed, and lay there flat out. The TV roared; a jungle of pixels and photosynthetic electrons unfurling at my feet. I lost myself awhile in the stuccoed ceiling.