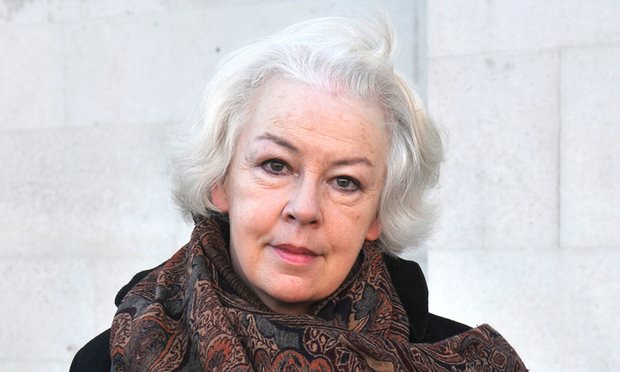 Kate Kellaway explaining in the Guardian why Denise Riley’s poetry is ‘deeply necessary’:

It sometimes seems that contemporary poetry divides into two sorts – those poems that did not need to be written and those written out of necessity. Denise Riley belongs to the second category – her writing is perfectly weighted, justifies its existence. It is impossible not to want to “say something back” to each of her poems in recognition of their outstanding quality. Her voice is strong and beautiful – an imperative in itself. But her subject is not strength – it is more that she is robust about frailty. She describes in A Part Song, the most important of her poems, the death of her adult son, Jacob – to whom, along with his sisters, the volume is dedicated.

Maybe; maybe not starts the collection on a wing and prayer – in which Riley refashions the biblical with a new take on Corinthians – I love her line about putting away “plain things for lustrous”. Although written with certainty, it is a poem about doubt, and leads naturally to A Part Song, which follows it. Here she begins by doubting song itself: “You principle of song, what are you for now.” And in song, it is the plain, not the lustrous, she craves. She dismisses the conventional lyrical solace of elegy. “I can’t get sold on reincarnating you/ As those bloody ‘gentle showers of rain’/ Or in ‘fields of ripening grain’ – ooh/ Anodyne.” Instead she wishes her son’s “lighthearted presence, be bodied forth/ Straightforwardly”.

It is a poem of several tones – but never hushed, reverent or docile. This is part of its originality. At one point, she startles with a mum’s scolding tone – painful to read – as she urges her son to be alive almost as you might tell a teenager he has had one sleepover too many and urge him to come home (death the never-over sleepover). And she complains: “But by now/ We’re bored with our unproductive love,/ And infinitely more bored by your staying dead/ Which can hardly interest you much either.”

Say Something Back is published by Picador (£9.99).