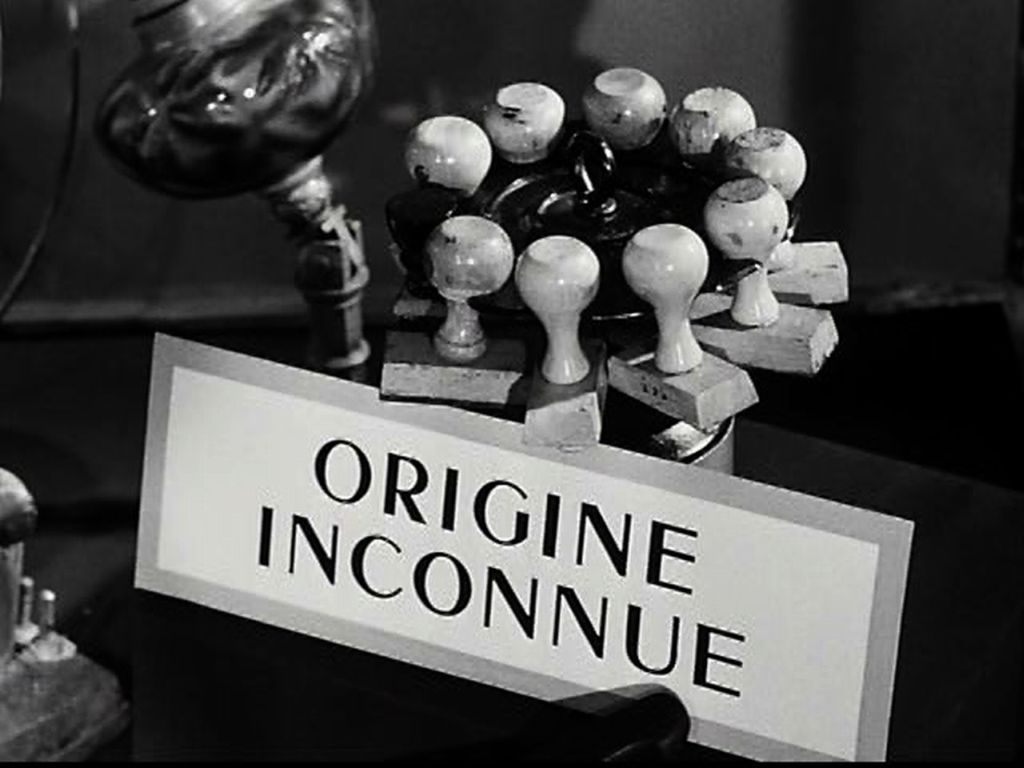 The opening section in Duncan Campbell’s video work It for Others, shortlisted for this year’s Turner Prize, is a response to Alain Resnais and Chris Marker’s film Les statues meurent aussi. It turns out the latter is on YouTube: it’s well worth a half-hour of your time. Duncan Campbell’s video is also worth going to see. Here’s the film, with English subtitles.

And here’s Jonathan Rosenbaum on the film, the second half of which was banned in France for fifteen years:

Marker begins his two-volume collection of offscreen commentaries, Commentaires (Paris: Editions du Seuil, 1961 and 1967)—filmed as well as unfilmed, and long out of print—with his dense, haunting, and blistering text for Statues Also Die, recited in the film by Jean Négroni. Here is how it begins, the words spoken over darkness: “When men die, they enter history. When statues die, they enter art. This botany of death is what we call culture.” And then, as if to prove his point, the film’s image lights up to show us the ruins of a few outdoor sculptures, speckled with sunlight and wizened by age and corrosion—strange botanical specimens.

What follows, over a striking montage of indoor specimens and some of their strolling museum spectators (first white ones, then a single black woman), is a kind of existential poetics of both art and history: “An object dies when the living glance trained upon it disappears. And when we disappear, our objects will be confined to the place where we send black things: to the museum.” Resnais’s Eisensteinian editing meanwhile peaks as an accelerating succession of graphic images reaches a gorgeous crescendo and epiphany in a cut to the head of an African swimmer rising from underwater to the surface of a river. (Resnais’s best work abounds in ecstatic cuts of this kind, nearly always tied to sudden, unexpected human gestures and movements.)

This gradually turns into a remarkable duet between Marker’s literary fervor and a detailed as well as despairing political vision—a combination of speculative art history, precise journalism, and a grim meditation on the various places and functions Africa and its separate cultures have assumed within white civilization—and Resnais’s musically and rhythmically orchestrated illustration of and counterpoint to this extraordinary text. Both of these strains can be said to embody, empower, and enhance as well as accompany the other, but it would be pointless to try to synopsize either Marker’s multifaceted argument or Resnais’s elaborately composed and articulated assembly of images, much less attempt to describe how effectively they complement one another. It appears that this film took years to put together, but it moves with a fluency and directness that is never labored.

It was the final third of this half-hour film that eventually led to the film’s suppression by the French government. Marker’s passionate and angry polemic builds an indictment not merely of white colonialism but of the suppression, degradation, and in some cases irreversible extermination of black culture, taking on such ancillary topics as black athletes (including boxers as well as basketball players) and black musicians in the U.S.