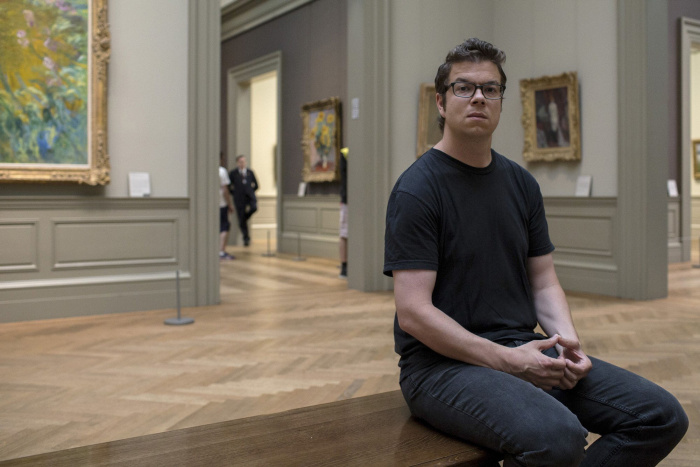 Apparently Tao Lin first interviewed Ben Lerner for The Believer ‘three years and 10 days ago, although it seems less to [him].’ Only Tao Lin would then ask Ben Lerner if it feels the same to him, but his answer is interesting: ‘It seems shorter to me, too. But that might be because writing 10:04 confused my sense of time—I’ve been building a fiction in part around the Marfa poem since my brief residency there, which has kept it from receding into the past.’

And that’s pretty much how the whole interview goes: kooky/non-question from Tao Lin, insightful answer from Ben Lerner. There are some exceptions, including this interesting passage on autofiction:

BLVR: When you’re having the experiences that end up in your fiction or your poetry are you aware they might end up as literature? Like are you thinking “this is going in a book,” or do you try to oppose that tendency, saying “no, I’m going to experience this as if ‘writing’ didn’t exist to me” and then, as needed, recall the experience only in retrospect, as you’re writing?

BL: I’ve always wondered about that. Henry James claim that if you want to be a novelist you should be somebody on whom nothing is lost. The problem is that if you’re self-conscious about being a person on whom nothing is lost, isn’t something lost—some kind of presence? You’re distracted by trying to be totally, perfectly impressionable. I guess when I’m frightened or in pain or maybe very bored I’ve tried to hold myself together by imposing a narrative order on the experience as it happens. I don’t think “I’m going to publish this as fiction” but I think “I’m going to tell this story to a friend” and then I start telling the story in my mind as the experience transpires as a way of pretending it’s already happened. Does everybody do this? I’ve always assumed this is a common human defense mechanism. Regardless, this is the opposite of James’ dictum, right? Because I’m trying to be somebody on whom the experience is lost by supplanting it with its telling. I definitely do that in medical contexts, even in trivial ones.