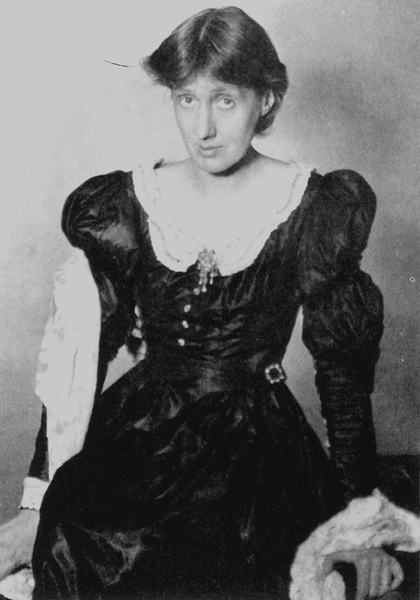 For the London Review of Books, Rosemary Hill examines the cultural history and significances of women’s clothing, a text which was originally given as a lecture at the British Museum in March 2018.

This isn’t an essay about clothes, exactly, nor is it about fashion, quite. It is about women and clothes and something that happens between them that we could think of as a kind of third rail of female experience. I’ve thought about this for some time but my thoughts were focused when I saw Isabelle Huppert in Paul Verhoeven’s 2016 film, Elle. The film begins with a rape about which the victim, Huppert, is ambivalent. This sent the critics, particularly male critics, scuttling to and fro wondering whether it was a feminist, post-feminist or anti-feminist film, or just in some baffling way French. In the Guardian, Peter Bradshaw went for ‘provocative’, before deciding it was a ‘startlingly strange rape-revenge black comedy’. I didn’t think it was as strange as all that and I did think it was funny, but what really struck me was that every woman I knew who had seen it was mesmerised not by the ‘issues’ but by Huppert, and not just for her acting – she’s always good – but for what she wore: ‘the clothes’, women said to one another, were ‘amazing’. Yet when you look at them in stills they aren’t amazing, they are the epitome of French ready-to-wear chic. So if it wasn’t the clothes or the actor that created the effect, it was some compound of the two that created a character, a presence able to walk the tightrope that carries the film over the fire pit of sexual violence and women’s agency.

There are many less extreme instances in real life where women dress to create a particular effect that isn’t principally or at all about attracting men, though men often think it is. There is, for example, the iron rule that north of Derby no woman can wear tights on a night out. Why? How did Liz Hurley launch an entire career by wearing a dress much less extreme than many that Versace has shown on the catwalks of Milan? What happens when it goes wrong? Did Diana overdo it on Panorama? Why do Melania and Ivanka, on a trip to the Vatican, look more Gothic than Catholic? And at what point do we draw the line between dress and costume, between life and art? Edith Sitwell was made to feel self-conscious about her appearance as a child. As an adult she made sure that everyone else would be conscious of it too; this was dress as the performance of personality.

My thoughts about women and their clothes, how they wear them and also how they write about them, led me to Virginia Woolf and the term she coined: ‘frock consciousness’. On 6 January 1925, at the beginning of her diary for that year, she wrote: ‘I want to begin to describe my own sex.’ That thought recurs in the diary as the months go on and it is cast, increasingly, in terms of clothes. ‘My love of clothes interests me profoundly,’ she wrote. ‘Only it is not love; and what it is I must discover.’ This was the year Woolf published Mrs Dalloway, which brought her to literary prominence; the previous year she had sat for her photograph in Vogue. For that she chose to wear a dress of her mother’s, which was too big for her and long out of fashion. To plant it in the most famous fashion magazine in Europe was to make a statement, however ambiguous. And the experience of the sitting prompted a further thought: ‘My present reflection is that people have any number of states of consciousness: & I should like to investigate the party consciousness, the frock consciousness etc. These states are very difficult … I’m always coming back to it … Still I cannot get at what I mean.’ I don’t suppose that I shall get at it either, but I will revolve the question again and apply the advantage of nearly a century of hindsight to the idea of frock consciousness, an idea that I think was not born but at least much heightened in that period between the world wars just as Woolf was trying to put her finger on it.

If human character did, as she famously suggested, change in or about 1910, women’s clothes changed very soon afterwards. Another product of 1925 was the woman’s ‘pullover’. Not today the most exciting item in anyone’s wardrobe, it was in its way revolutionary. A pullover is pulled over the head both on and off and the person who does the pulling is the wearer. Yes, I know, but until then it had been, for more than a century, virtually impossible for a woman to get dressed – or undressed – by herself. The rich had ladies’ maids, the poor had one another, but the laces and hooks and eyes, the fastening behind, required assistance. This was not true for men. In the persisting convention that women’s clothes have buttons on the left, for the convenience of the average right-handed dresser, while men’s have them on the right, to suit themselves, there remains an archaeological trace, a fossil record, of the different history of women and men in their relation to their clothes. Fashion writers, who are apt to discuss new trends with the urgency of war reporters on a particularly dangerous front line and to misuse the word ‘iconic’ relentlessly, can be forgiven for idolising the Italian couturière Elsa Schiaparelli and her ‘cravat’ pullover. It stands for a new age in women’s clothes. Not only could you get in and out of it by yourself but the fiddly bits, the bow and ribbons, are knitted into the one piece. Schiaparelli, who was a surrealist and worked with Dalí, had made a satire, a cartoon of female dress.