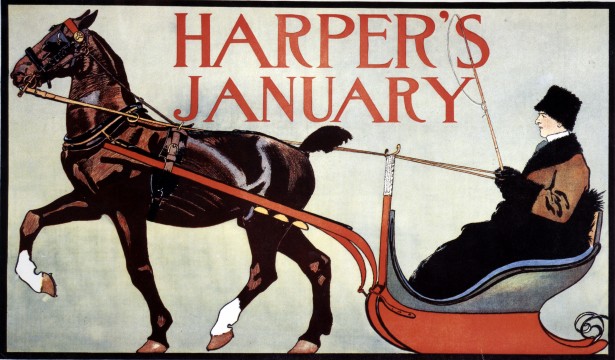 Over on the Harpers Magazine blog, Browsings, Joe Kloc frankly sums it all up:

Trump announced that he would win the Latino vote, and tweeted a photo of himself eating a taco bowl from Trump Grill in Trump Tower with the message “I love Hispanics!” Trump referred to a black man at one of his rallies as “my African American,” and pledged his support for black people at a gathering of mostly white people in Wisconsin, whom he often referred to as “the forgotten people.” “I am the least racist person,” said Trump, who was sued twice by the Justice Department in the 1970s for allegedly refusing to rent apartments to black tenants, whose Trump Plaza Hotel was fined $200,000 by the New Jersey Casino Control Commission in 1992 for removing black dealers from card tables, who allegedly told a former employee that he hated “black guys counting my money,” who in 2005 floated the idea of pitting an all-black Apprentice team against an all-white one to reflect “our very vicious world,” and who was endorsed by leaders of the Ku Klux Klan, one of whom said, “What he believes, we believe.” Trump tweeted statistics credited to a fictional government agency falsely claiming that the majority of white murder victims in the United States are killed by black people. Trump tweeted a photoshopped picture of Fox News anchor Megyn Kelly, who Trump had said “had blood coming out of her wherever,” standing next to a Saudi prince, who tweeted back that he had “financially rescued” Trump twice, including once in 1990, when the prince purchased Trump’s 281-foot yacht, which was formerly owned by a Saudi arms dealer with whom Trump often partied in Atlantic City, and with whom Trump was implicated in a tax-evasion scheme involving a Fifth Avenue jewelry store. Trump disputed former Republican presidential nominee Mitt Romney’s claim that Trump magazine is defunct, showing as proof an annual circular for his clubs that was not Trump magazine, which folded in 2009. Trump republished his book Crippled America with the title Great Again. Trump told and retold an apocryphal story about a U.S. general who executed Muslim soldiers with bullets dipped in pig’s blood and proposed that Muslims be banned from entering the country. At the first primary debate, Trump praised his companies’ bankruptcies, including that of Trump Entertainment Resorts, in which lenders lost more than $1 billion and 1,100 employees lost their jobs, and that of Trump Hotels and Casino Resorts, a publicly traded company that Trump used to purchase two casinos for almost $1 billion, and from which he resigned after the company went bankrupt for the first time, but before it went bankrupt for the second time. “I made a lot of money,” said Trump. At the fifth primary debate, Trump defended the idea of retaliating against America’s foreign aggressors by killing non-combatant members of their families, saying it would “make people think.” At the eleventh primary debate, Trump told the crowd there was “no problem” with the size of his penis. Trump said that he knew more about the Islamic State than “the generals,” and that he would “rely on the generals” to defeat the Islamic State. Trump said he would bring back waterboarding and torture because “we have to beat the savages.”