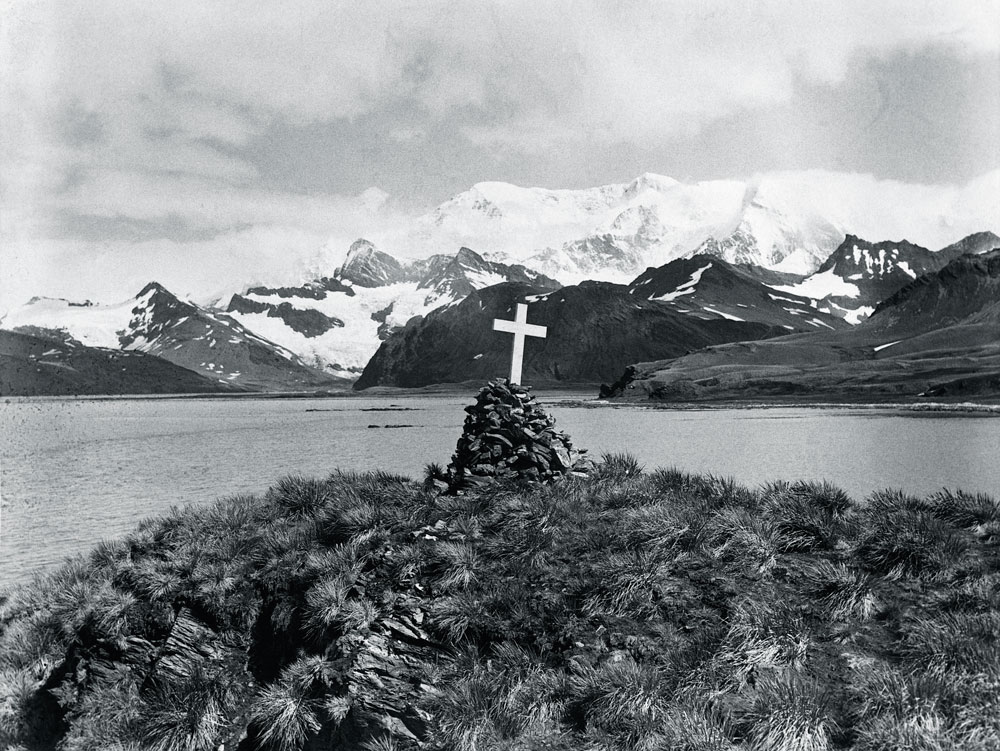 Featured in the New Yorker, David Grann’s longform piece on British explorer Henry Worsley, who successfully retraced Ernest Shackleton’s expedition in the Antarctic in 2009, and sadly died in 2016 during an attempt to cross the Antarctic unaided.

At 10 a.m.—the hour that Shackleton had set out—Worsley and his men leaned into their harnesses and began their trek. This was the moment that he’d been waiting for nearly all his life, Worsley thought. Yet, as he strained with his arms and his legs to propel himself forward and drag the heavy sled, he was gnawed by doubts: “I was nervous about lots of things; of failing the team; of getting injured; of letting down all those people who had supported us; of plainly not being physically up for it—put simply, I feared failure.”

The surface was generally flat and smooth, and as he and the other men headed south, toward the Ross Ice Shelf, they began to gather some momentum. Worsley made sure that they followed the advice of Matty McNair, who had instructed them on Baffin Island: “Stay together, never separate.” She had drummed into them one other rule: “If you get wet, you die.”

After several miles, they came upon another desolate wooden hut. Robert Falcon Scott and his men had built it in 1911, on their fateful South Pole expedition. Ice crept over the timbered walls and glazed the windowpanes like jungle vines. Inside the hut, Worsley and his companions found the chart table where Scott had studied his maps, and the bunk belonging to Captain Lawrence Oates, who had left the party’s tent on the return journey from the Pole, saying, “I am just going outside and may be some time.” He was never seen again.

As Worsley inspected the objects, he felt uneasy: “I couldn’t shake the sense of pathetic sadness from my mind.” The men quickly resumed tracing the path of their forebears, which had long since been obliterated by the windswept ice. The fresh tracks made by Worsley and his companions gradually vanished as well; tiny granules of ice swirled in the wind like ash. The men used a compass to maintain a southward trajectory. Their breath smoked and their bodies sweated in the arid cold. After slogging for seven hours, Worsley gave the order to stop for the day. They had covered nearly eight nautical miles. In order to reach the ninety-seven-mile mark on January 9th, the men would need to average between ten and twelve nautical miles per day. But it was a promising start.

They began the cumbersome process of making camp: pitching their tent, which was roughly fourteen feet long and seven feet wide; gathering provisions from the sled; squeezing inside the shelter and removing their ski boots and sweaty socks, which they hung on a clothesline above their heads, along with any other damp items; checking their bodies for frostbite and putting on dry socks and tent “booties”; and firing up a gas cooker, melting snow in a kettle, and pouring hot water into packets of freeze-dried meals.

As the men ate, they talked about the relatively warm weather—the temperature had reached fourteen degrees. Adams delivered the evening broadcast, reporting that they had been blessed with “beautiful sunshine, exactly as Shackleton had a hundred years ago on his first day.” Privately, though, Adams confessed to Worsley and Gow that he felt like an amateur hauling his sled, and had a deep sense of unease. “He was right and honest,” Worsley wrote. “None of us knew what the next two months were going to be like.”

Following supper, the men dipped their toothbrushes in the snow and cleaned their teeth, which Worsley believed was essential to maintaining a sense of humanity. Then, jostling for space, they spread out their sleeping bags. Worsley, however, didn’t climb into his. In spite of his aching muscles and the dropping temperature—the sun was now hugging the horizon—he went for an evening walk. He decided to make this a daily ritual, like a mystic who pursues enlightenment through self-abnegation. The harsh reality of Antarctica had seemed only to deepen his entrancement with it. Outside, he often picked up objects—a fragment of a penguin skull, a small rock—and put them in a pocket, despite the extra weight. “We used to take the Mickey out of him for taking all this rubbish,” Gow recalled.

After Worsley’s stroll, which lasted about twenty minutes, he returned to the tent and settled into his sleeping bag. They all kept plastic bottles nearby, in case they had to respond to what Adams referred to as a “call of nature.” Before falling asleep, Worsley wrote briefly in his diary, ending with a quote from Shackleton: “I pray that we may be successful, for my heart had been so much in this.”

Within eight days, they had covered more than seventy-five nautical miles. The scale of the Ross Ice Shelf was dawning on Worsley: it was bigger than France. Shackleton described it as a “dead, smooth, white plain, weird beyond description.” Worsley and his men moved in single file and rarely spoke, hearing only the thumping of their sleds or the soundtracks on their iPods. Adams loved to listen to Rachmaninoff’s Vespers; Gow sometimes trudged along to an audiobook of Lansing’s “Endurance.” Worsley’s playlist included Bruce Springsteen and the Seeger Sessions Band playing “Eyes on the Prize” (“I got my hand on the gospel plow / Won’t take nothing for my journey now”) and “We Shall Overcome” (“We are not afraid, we are not afraid”).