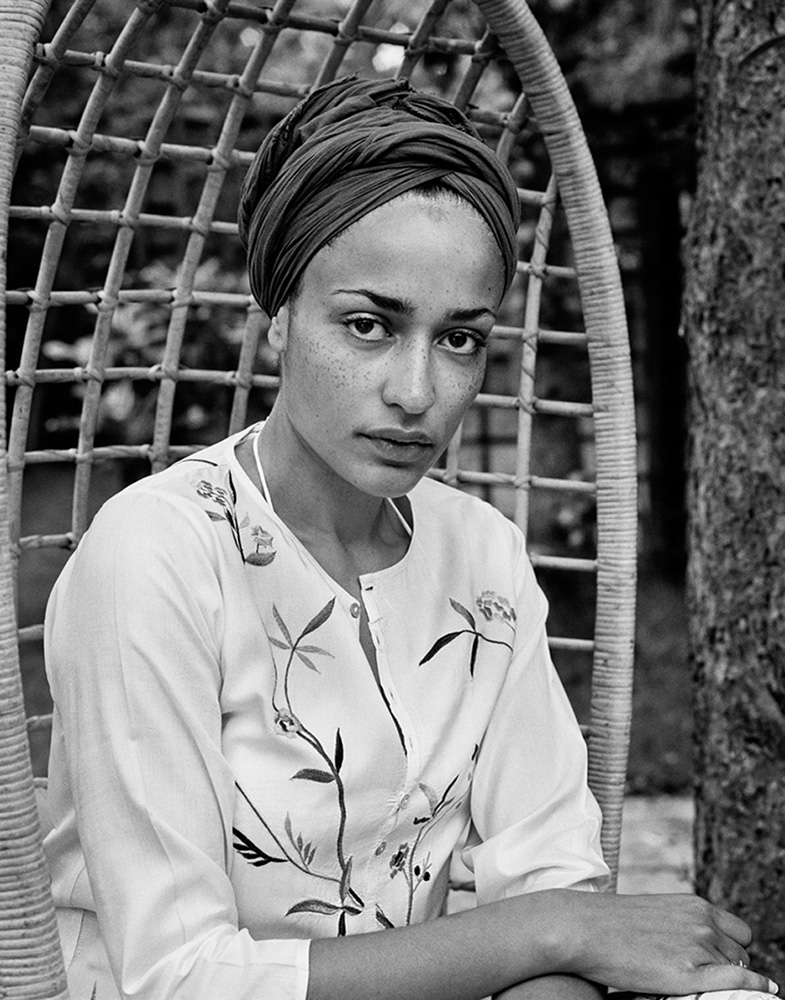 Joanna Biggs reviews Zadie Smith’s latest novel, Swing Time, for the London Review of Books- ‘throughout the book, there are moments when the narrator pauses the story and tells us instead about the Nietzschean moral of the Zong case or the wedding of Sarah Forbes Bonetta, Queen Victoria’s black goddaughter. History is no longer one thing after another but available to all of us, all the time’:

‘The ends of great fiction do not change, much,’ Zadie Smith wrote eight years ago in an essay about David Foster Wallace. ‘But the means do.’ She was between novels: three years had passed since her most traditional, On Beauty, was published; NW, her most experimental, wouldn’t appear for another four. But, as sometimes happens, the changes on the surface only served to emphasise what was already there. James Wood coined the term ‘hysterical realism’ to describe her first novel, White Teeth, but it only really applied to what was most on display – the foisonning, punning, teasing, literary surface. The surface changed for each of Smith’s novels, but the underlying message, about compassion, warmth, strength, forgiveness, the Forsterian-by-way-of-the-Beatles one about love being all you need, persisted, and even grew louder. It was a message with considerable political force, especially coming from someone who has crossed the boundaries Smith has crossed (Willesden-Cambridge-Rome-Greenwich Village), but it wasn’t necessarily original or grown-up. I think of a moment from one of her more recent personal essays in the New York Review of Books, when she is trying to define joy by thinking about pleasure:

The persistent anxiety that fills the rest of my life is calmed for as long as I have the flavour of something good in my mouth. And though it’s true that when the flavour is finished the anxiety returns, we do not have so many reliable sources of pleasure in this life as to turn our nose up at one that is so readily available, especially here in America. A pineapple popsicle. Even the great anxiety of writing can be stilled for the eight minutes it takes to eat a pineapple popsicle.

Pleasure comes of the smaller things in life, Smith tells us. Something about the linguistic liveliness of the alliterative object of desire, the plosive ‘p’s along with the imagined high-vis yellow of the wooden-sticked ice lolly, is too rhetorically effective, too reminiscent of childhood summers and the sound of the approaching ice-cream van. The personal essays, unlike her sharp and funny pieces on literature, have an undergraduate feel to them, often following the formula: difficult philosophy + anecdote with cute children + contemporary cultural artefact = consoling insight. But perhaps that’s no accident: Smith told the FT recently that her essays – ‘very English, quite heavily constructed’ – are a legacy of her training at Cambridge. In Smith’s writing, it often seems like even the most specific detail will be elevated into proof of some great, essentially comic truth.

No other British writer of Smith’s generation (or since) has had her early, extreme fame. This has meant both that she has had to serve her novelistic apprenticeship in public, trying out ideas and seeing them fail or succeed in front of everyone, and that she has been protected from the hard knocks of a writing life, and so allowed to retain a certain childlike freshness in her relationship to the world. There is also a sense that we must protect her: we feel her anxiety in her movement among styles, and we sense that she is trying to say the right good thing, and as she holds out her hand, we grip it and carry her on. I am invested in Zadie’s story, susceptible to the Bildung in all this: White Teeth came out the year I went up to Oxford, and became a symbol of all that a nerdy girl from a state school might do under meritocracy; The Autograph Man was given to me by my mother when I was on my year abroad in Paris, and reminded me of the importance of going beyond oneself even at the price of failure; On Beauty appeared the year I came to London and began working for the LRB, and I bought it in hardback and discussed it at a book group and even stole a placard of its very pretty cover from a Booker Prize party I snuck into; NW I read in a proof passed around the LRB office, and I tried out my thoughts on her experimental turn with colleagues in the same tentative way that she played with numbered paragraphs and their juxtaposition. This is just my story, but others of my generation have similar ones, and it’s a problem: we want her to pay back our emotional investment. With each new novel, the hope rises: is this finally the great book that was always coming? The handsome mustard-yellow proof of Swing Time arrived on my desk in the summer, but I put off opening it until October.

We don’t know the name of the character telling us her story in Swing Time, but she is telling it to us and that in itself is new: Smith has never used the first person to narrate a novel before. She has tended to use many voices in her fiction, overseen by a benevolent intelligence that both mocks and indulges her characters. Now that she has chosen a single voice, what might it be possible to say? But Smith’s narrator, it turns out, isn’t as interested in her own story as in telling those of others, primarily that of her childhood friend Tracey, but also those of her mother and her boss.