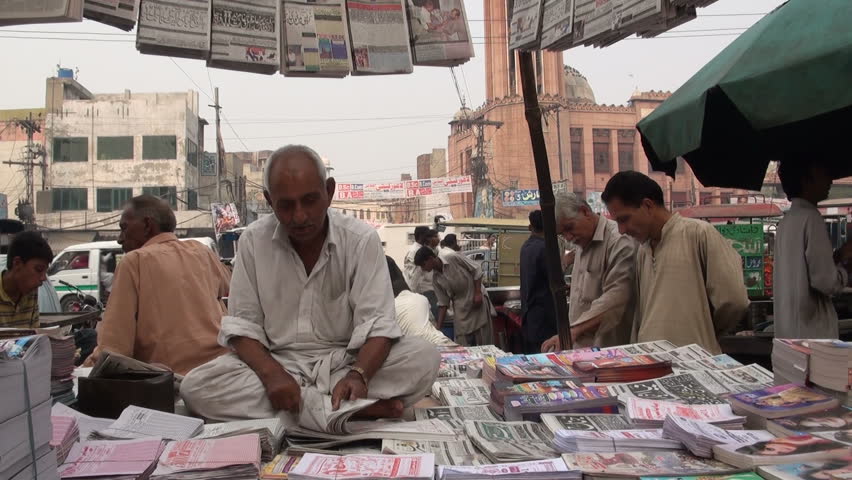 Saba Imtiaz writing for LitHub on truth, fiction, and fake news in Pakistan.

Every time I travel through Karachi airport, I stop by its bookshop. It’s not the best organized store in the world. The titles are jumbled together. Fiction merging with non-fiction, biographies next to self-help; books that travelers have opened, flipped through, and put back in the wrong section. Sometimes, I surreptitiously hide a biography or two in the fiction section.

Occasionally, the staff will recommend a book about a topic with a selection of fiction and non-fiction. It’s all the same, piled together on one rack, and treated the same way: If it’s written and it is published, it must be true.

In Pakistan, people are constantly looking for some version of the truth, browsing through their smartphones and the fiction racks of bookstores. There is a stream of rumors repeated on talk shows and forwarded on WhatsApp by people citing “sources” claiming to know the “real story” behind a militant attack or a political controversy. There are missives about impending doom: imminent security threats, crime statistics, and public health crises; tailored to suit one’s preset narrative. If you believe in x, y message—or novel—makes perfect sense.

In his latest novel The Party Worker, the Pakistani cop-turned-writer Omar Shahid Hamid depicts a political strongman called “Don” and a linchpin member in his network determined to bring him down. It has all the makings of a crime novel: cops on the hunt for blood and glory, Mafioso, bloody crime scenes, loyalties and betrayals.

But this isn’t an ordinary crime novel. The Don is a thinly-veiled caricature of a real-life Pakistani politician who lives in exile, and whose political party ruled Karachi for decades because of its broad urban appeal—and alleged violent tactics. Allegations against the party range from targeted assassinations to extortion, and writing about the politician, until recently, was largely off-limits. Reportage that critiqued the party’s exiled leader or mentioned the allegations led to sharp rebuttals and full-fledged tirades. Journalists covering the party were limited to reproducing sanitized press releases and transcripts of speeches. It was the party’s facts, period.

The Party Worker crosses that line drawn in newsprint, depicting the Don as an obese, power-hungry figure with a proclivity for sex workers and ice-cream soda mixed with vodka, whose party uses brutal tactics to control Karachi, while he is protected in exile and has a soft corner at the CIA. Hamid combines the tactics and behaviors of political strongmen to turn the characters in the novel into surreal figures. The book takes on from where reportage ends, imagining how to bring the Don to justice, creating a number of revengeful characters to take on the task. One of them, in truly irreverent Karachi fashion, is called “sisterf***er uncle.”