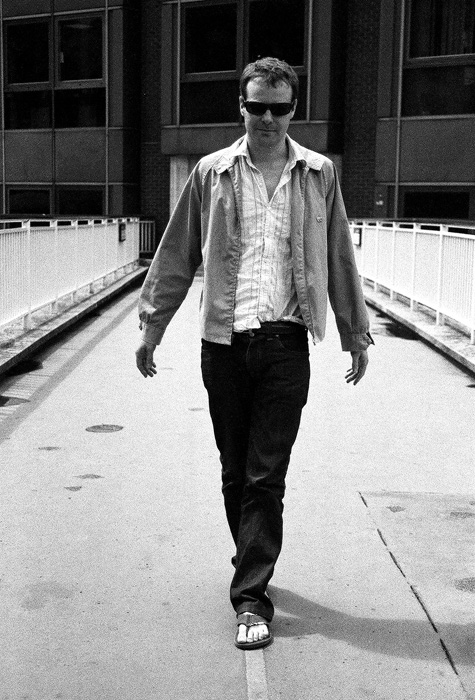 A new London Review of Books is just out (and still no review of Zone!). But there is a good piece by Tom McCarthy on the fallacy of the realist project:

In the introduction to the 1995 reissue of his 1973 masterpiece Crash, J.G. Ballard discusses ‘the balance between fiction and reality’. ‘We live,’ he writes,

in a world ruled by fictions of every kind – mass merchandising, advertising, politics conducted as a branch of advertising, the pre-empting of any original response to experience by the television screen. We live inside an enormous novel. It is now less and less necessary for the writer to invent the fictional content of his novel. The fiction is already there. The writer’s task is to invent the reality.

The paragraphs that follow are a little disappointing, as Ballard unquestioningly endorses some rather conservative beliefs about writing: first, a psychologism (the writer ‘offers the reader the contents of his own head’), then a positivism (he must ‘devise hypotheses and test them against the facts’), then a moralism (his novel’s main purpose is cautionary, a warning against a brutal technological future). But there’s still something important here, hinging on that word ‘invent’. Ballard doesn’t tell us that novelists should ‘discover’ or ‘intuit’ or ‘reveal’ reality: they must invent it. Reality isn’t there yet; it has to be brought forth or produced; and this is the duty and stake of writing.

There’s been a lot of talk in recent years about reality in fiction, or reality versus fiction. Take the many articles about the ‘true’ writings of Karl Ove Knausgaard, or the huge amount of attention paid to David Shields’s polemic Reality Hunger. Time and again we hear about a new desire for the real, about a realism which is realistic set against an avant-garde which isn’t, and so on. It’s disheartening that such simplistic oppositions are still being put forward half a century after Foucault examined the constructedness of all social contexts and knowledge categories; or, indeed, a century and a half after Nietzsche unmasked truth itself as no more than ‘a mobile army of metaphors, metonymies, anthropomorphisms … a sum of human relations … poetically and rhetorically intensified … illusions of which one has forgotten that they are illusions’ (and that’s not to mention Marx, Lyotard, Deleuze-Guattari, Derrida etc). It seems to me meaningless, or at least unproductive, to discuss such things unless, to borrow a formulation from the ‘realist’ writer Raymond Carver, we first ask what we talk about when we talk about the real. Perhaps we should have another look at the terms ‘the real’, ‘reality’ and ‘realism’.

Let’s start with ‘realism’, since it’s the easiest target of the lot. Realism is a literary convention – no more, no less – and is therefore as laden with artifice as any other literary convention. Ford Madox Ford, in a passage from Joseph Conrad: A Personal Remembrance, brilliantly skewers the claim that a certain prose style – that of realism – faithfully and objectively captures historical events and mental activity:

Life does not say to you: in 1914 my next-door neighbour, Mr Slack, erected a greenhouse and painted it with Cox’s green aluminium paint … If you think about the matter you will remember, in various unordered pictures, how one day Mr Slack appeared in his garden and contemplated the wall of his house. You will then try to remember the year of that occurrence and you will fix it as August 1914 because having had the foresight to bear the municipal stock of the City of Liège you were able to afford a first-class season ticket for the first time in your life. You will remember Mr Slack – then much thinner because it was before he found out where to buy that cheap Burgundy of which he has since drunk an inordinate quantity though whisky you think would be much better for him! Mr Slack again came into his garden, this time with a pale, weaselly-faced fellow, who touched his cap from time to time. Mr Slack will point to his house-wall several times at different points, the weaselly fellow touching his cap at each pointing. Some days after, coming back from business you will have observed against Mr Slack’s wall … At this point you will remember that you were then the manager of the fresh-fish branch of Messrs Catlin and Clovis in Fenchurch Street … What a change since then! Millicent had not yet put her hair up … You will remember how Millicent’s hair looked, rather pale and burnished in plaits. You will remember how it now looks, henna’d: and you will see in one corner of your mind’s eye a little picture of Mr Mills the vicar talking – oh, very kindly – to Millicent after she has come back from Brighton … But perhaps you had better not risk that. You remember some of the things said by means of which Millicent has made you cringe – and her expression! … Cox’s Aluminium Paint! … You remember the half empty tin that Mr Slack showed you – he had a most undignified cold – with the name in a horseshoe over a blue circle that contained a red lion asleep in front of a real-gold sun …

Once we’ve stopped snickering at the conjunction of the words ‘Slack’, ‘erect’ and ‘Cox’ (which, given the coy erotics of the passage, the way Millicent moves and stirs beneath its link-ups, strikes me as far from accidental), we have little choice, whatever our aesthetic disposition, but to surrender to Ford’s argument. This is, of course, exactly how events and memory both proceed: associatively, digressing, jolting, looping.

William Burroughs makes the same point when discussing his cut-up technique: ‘Take a walk down a city street … You have seen a person cut in two by a car, bits and pieces of street signs and advertisements, reflections from shop windows – a montage of fragments … Consciousness is a cut-up; life is a cut-up.’ He’s right as well. We don’t walk down the street saying to ourselves: ‘As I walk down the street, comma, I contemplate the question of faith, or adultery, or x or y or z.’ It turns out that the 20th-century avant-garde often paints a far more realistic picture of experience than 19th-century realists ever did. But it’s also the case that realism’s founders – if not their descendants – fully appreciate the scaffolding of artifice holding their carefully wrought edifices up, and take delight, from time to time, in shoving poles and ladders through the parlour windows. Flaubert wrote Madame Bovary, often held up as one of 19th-century realism’s triumphs, but he also wrote Bouvard et Pécuchet, in which two semi-educated men try to translate a series of cultural paradigms (‘being’ a gentleman gardener, ‘being’ an aesthete or a lover) into experiences that they might live (or re-live) in an ‘authentic’ manner, even re-enacting the postures from book illustrations in their bid for this imagined authenticity – with effects as farcical as those produced by their 16th-century predecessor Don Quixote. Balzac generated all the counts and countesses of his Comédie humaine – rounded characters who are so often admired for the way they seem to live and breathe – but his novella Sarrasine is a ruthless laying bare of the very mechanism through which the fantasy of the ‘natural’ operates. In mistaking a castrato – a simulacrum that has no original – for the most genuine and unadulterated embodiment of woman, the sculptor Sarrasine enacts the error at the source of realism itself. When his error is revealed, both he and Balzac’s readers are confronted with the fact that, as Barthes put it in 1970, ‘realism (badly named, at any rate often badly interpreted) consists not in copying the real but in copying a (depicted) copy of the real’; it ‘copies what is already a copy’. It is no coincidence that Bouvard and Pécuchet are trained, like Melville’s Bartleby, as copy-clerks.

It’s an interesting paradox that the 19th-century realists took the counter-realist impulse much further than the 20th-century anti-realists. Ford and Burroughs put forward a claim to have helped pioneer new and radical ways of depicting lived life accurately. But Balzac and Flaubert whip the rug out from under the very possibility of doing this. What opens up beneath the place where we wrongly thought a solid floor lay is an abyss, endlessly regressive, of convention on convention, code on code, reading of reading of reading. (It’s telling that Flaubert’s last text, the end-point to which this trajectory carries him, is a dictionary: the Dictionary of Received Ideas into which Bouvard et Pécuchet tapers off.) That such blatant and splendid take-downs of naturalism are written into the core of the realist tradition makes the naive and uncritical realism dominating contemporary middlebrow fiction, and the doctrine of authenticity peddled by creative writing classes the world over, all the more simple-minded.