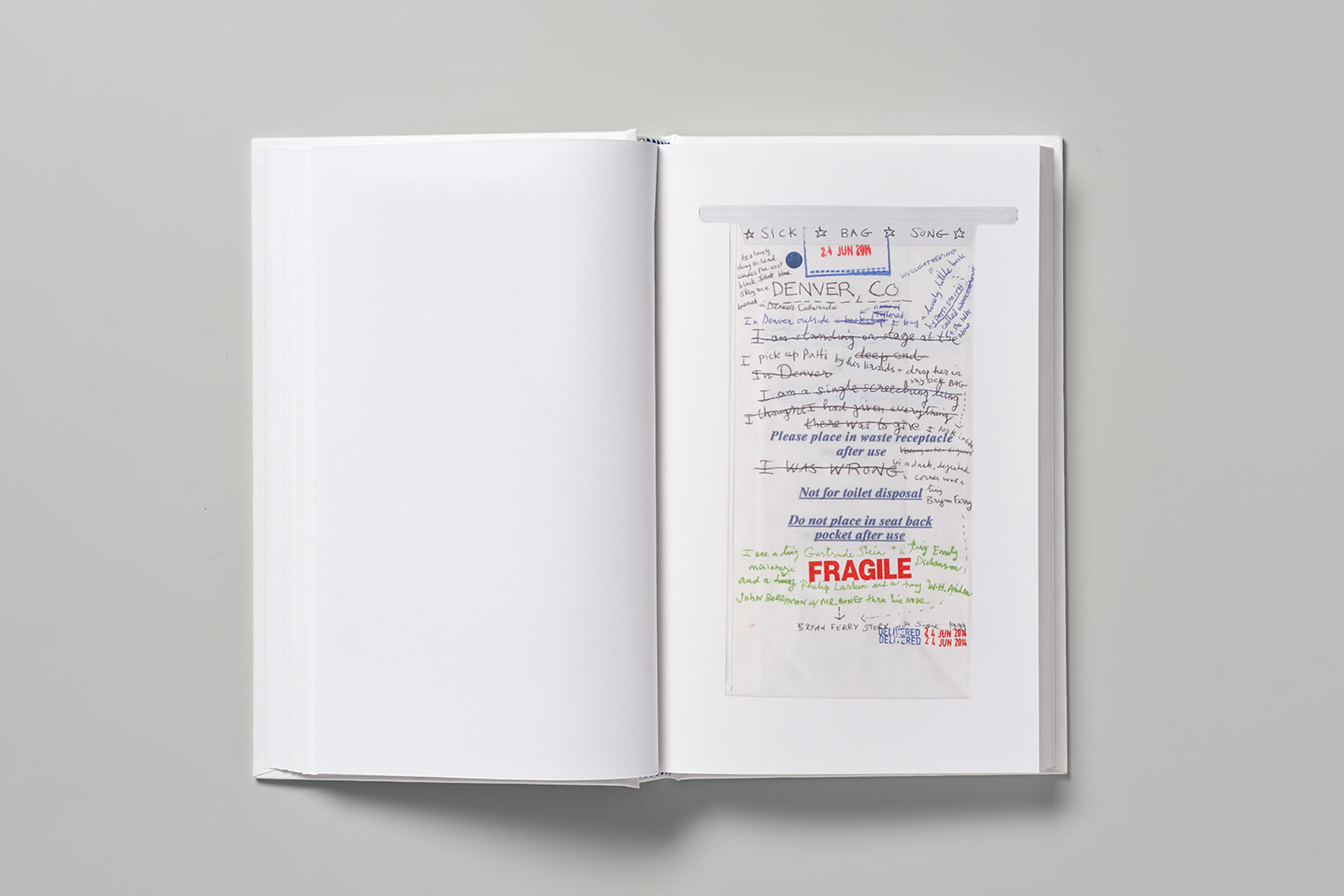 In November of this year we published NOCILLA DREAM (tr. Thomas Bunstead), the first book of the cult NOCILLA TRILOGY by Spanish writer (and physicist) Augustín Fernández Mallo. Here are the top three books he read this year:

Eugene Thacker, IN THE DUST OF THIS PLANET (Zero Books, 2001)

I have read the translation of IN THE DUST OF THIS PLANET, and I think that is a very original point of view about the dark zone that exists between this fiction which is called “human nature” and this other fiction which is called “animal nature”. It is an amazing exploration in order to establish the cartography of this new land, so far a no mans land, and its relationship with new utopias of “accelerationism” and “additivism”.

Also I have read a Derrida biography, which is called DERRIDA, by Benoît Peeters (I suppose that exist in English). In my opinion one of the best summaries of his experience of life and, at the same time, his philosophical ideas.

And finally, I have read the wonderful Nick Cave book, THE SICK BAG SONG. It features notes written during his promotional and concert tours across the USA which he wrote on those typical bags that there in the aeroplanes for the vomit. They are very poetic poems and thoughts, wonderful and very intelligent. On the other hand, who has not once written a poem on this kind of bag?

We published Megan McDowell‘s translation of Alejandro Zambra’s MY DOCUMENTS back in April 2015. Here she picks her best reads of 2015, including two novels — by Enriquez and Schweblin — that she is currently translating from Spanish to English.

Stories full of malevolent children, unnerving images, evil beings lurking under still, black waters — these ‘ghost stories’ are heirs of Silvina Ocampo or Julio Cortázar, but they’re very much their own thing, and they’re great.

The relationship between Sonia and Knut is not love or friendship; it’s something twisted but recognisable, made of a distorted capitalism in the internet age. It’s impossible to look away.

This book weaves together toxic agro-chemicals, the mother-child bond, and the transmigration of souls into a terrifying read that grabs you by the throat and doesn’t let go. The rising sense of dread makes for an intensely satisfying read.

Charlotte Mandell has translated two books for Fitzcarraldo Editions by the 2015 Prix Goncourt winner, Mathias Enard: ZONE, published August 2014, and STREET OF THIEVES, published August 2015. Here are her three top reads from 2015 (plus a bonus pick, as four is her favourite number).

This is a huge book, over 800 pages of essays about everything from the experimental films of Stan Brakhage to the concept of Deep Image to Walter Benjamin and theories of translation. What sets Robert’s essays apart from any others that I know is their refusal to confine themselves to a particular genre: an RK essay can start out as prose, veer into a poem, briefly become dialogue, and then turn back into prose again — a wonderfully refreshing reminder that language is language, and can do what it likes. The essays range in time from the early 1960s to the present. And this is only the first volume! The second volume will consist of essays about Robert Kelly, forthcoming next year.

This is another book of selections, this time of essays from Mitchelmore’s literary blog, This Space. Mitchelmore’s willingness to delve deep into the Book and examine writing itself from every possible angle is brave and unusual in the world of literary blogs. His style — at once questioning, probing, and insightful — is reminiscent of the great literary essays of Maurice Blanchot, with whom he shares a passion for writers like Beckett, Kafka, and Virginia Woolf. From “The Work of Night”: “If the writer is, as Maurice Blanchot declares, a daytime insomniac, then the reader is a sleeper sunk in the other’s impossible dreams.”

This is Mayne’s first novel, but the writing is so sure of itself, and so compelling, one feels as if Mayne has been writing forever. The narrator of MANKILLER has an uncanny ability to pull the reader into her world almost instantly, and the world she describes is new and strange and hauntingly beautiful. The writing has a lyrical intensity one usually finds only in very good poems.

I know I’m only allowed three books, but if I could add a fourth, it would be INSTANTS SOUFIS by Abdelwahab Meddeb (published in France by Albin Michel), a rich collection of anecdotes and tales from the Sufi masters by a Tunisian poet, essayist and novelist whose work I’ve translated before. Meddeb died recently, and very suddenly, so this book was published posthumously. I would love to be able to translate it someday.

Here are the top three reads in 2015 from writer and translator (and editor, and curator) Jen Calleja. Jen translated Gregor Hens’ NICOTINE — published in November (you can read Gregor’s picks in the previous post).

It feels like a bit of a crime to only choose one of Readux’s mini books; each one is so absorbing and special. These five ‘vignettes’ were astounding, they made me feel excited about literature again. They seem to come from the rare depths of imagination that make it almost possible to replicate the strange uncanniness of dreams and the English prose has been exquisitely crafted by Katy Derbyshire.

Lina Wolff, BRET EASTON ELLIS AND THE OTHER DOGS (tr. Frank Perry) (And Other Stories, 2016)

I have to admit that I haven’t even read half of this book yet but I’m completely with it. It’s dark and exhilarating, with palettes of grey and the scent of mould one minute and red shoes and the best ice cream on the beach the next. I’m currently spying on the mysterious writer of feminist revenge stories Alba Cambó from the young narrator’s balcony…

I read this while on holiday in Bulgaria at the end of the summer and like with Tartt’s previous books I was eager to get back into the world she had created the whole time I wasn’t reading it. It was just really satisfying to read – like if Harry Potter grew up to become a less psychotic, more pathetic Patrick Bateman. It might also have something to do with the fact that I remember books I read on holiday or when travelling so much clearer than when just reading in London…

Going with the simple fact that there can never be enough end-of-year book lists, we’ve asked our authors and translators to select their top three reads from 2015, irregardless of publishing date or justification.

It’s the ambulatory method of writing that appealed to me most. Beautiful, elegant essays on some of the more interesting ghosts of western culture.

Toibín very successfully resuscitates a character who has been dead (to me, at least) for two-thousand years. That’s quite a feat. The book was short and it was disturbing, two qualities I value highly.

I translated Vonnegut’s classic for a German publisher, and I still like it, which means it must be really, really good. There is no indicator of literary quality like the translator’s verdict after months of painstaking work. 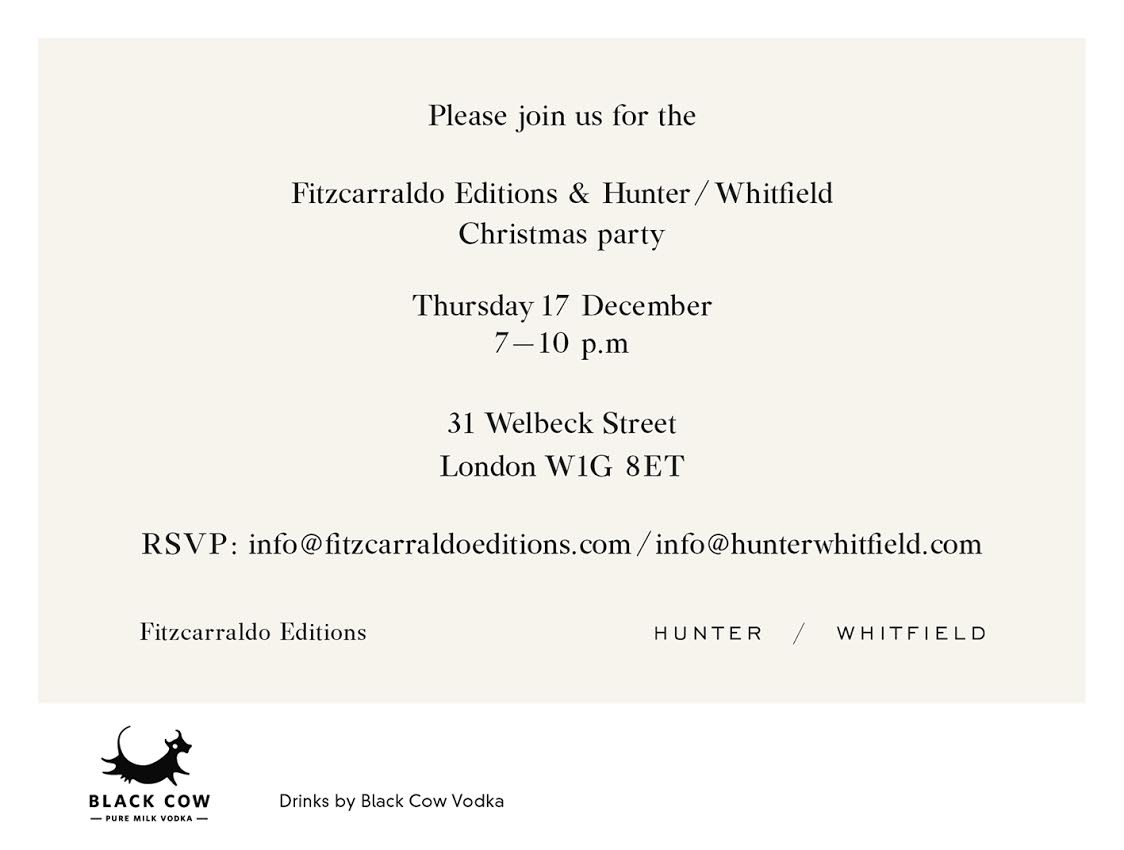 If you’re in London on Thursday 17 December and you’re feeling even remotely festive, please join us at our Christmas party with Hunter / Whitfield from 7 – 10pm, 31 Welbeck Street, London W1G 8ET.