Meghan O’Gieblyn writes for n+1 on the relationship between transhumanism and religion.

“I DO PLAN TO BRING BACK MY FATHER,” Ray Kurzweil says. He is standing in the anemic light of a storage unit, his frame dwarfed by towers of cardboard boxes and oblong plastic bins. He wears tinted eyeglasses. He is in his early sixties, but something about the light or his posture, his paunch protruding over his beltline, makes him seem older. Kurzweil is now a director of engineering at Google, but this documentary was filmed in 2009, back when it was still possible to regard him as a lone visionary with eccentric ideas about the future. The boxes in the storage unit contain the remnants of his father’s life: photographs, letters, newspaper clippings, and financial documents. For decades, he has been compiling these artifacts and storing them in this sepulcher he maintains near his house in Newton, Massachusetts. He takes out a notebook filled with his father’s handwriting and shows it to the camera. His father passed away in 1970, but Kurzweil believes that, one day, artificial intelligence will be able to use the memorabilia, along with DNA samples, to resurrect him. “People do live on in our memories, and in the creative works they leave behind,” he muses, “so we can gather up all those vibrations and bring them back, I believe.”

Technology, Kurzweil has conceded, is still a long way from bringing back the dead. His only hope of seeing his father resurrected is to live to see the Singularity — the moment when computing power reaches an “intelligence explosion.” At this point, according to transhumanists such as Kurzweil, people who are merged with this technology will undergo a radical transformation. They will become posthuman: immortal, limitless, changed beyond recognition. Kurzweil predicts this will happen by the year 2045. Unlike his father, he, along with those of us who are lucky enough to survive into the middle of this century, will achieve immortality without ever tasting death.

But perhaps the Apostle Paul put it more poetically: “We will not all sleep, but we shall all be changed.” 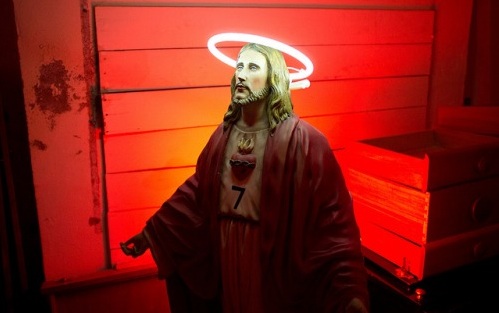