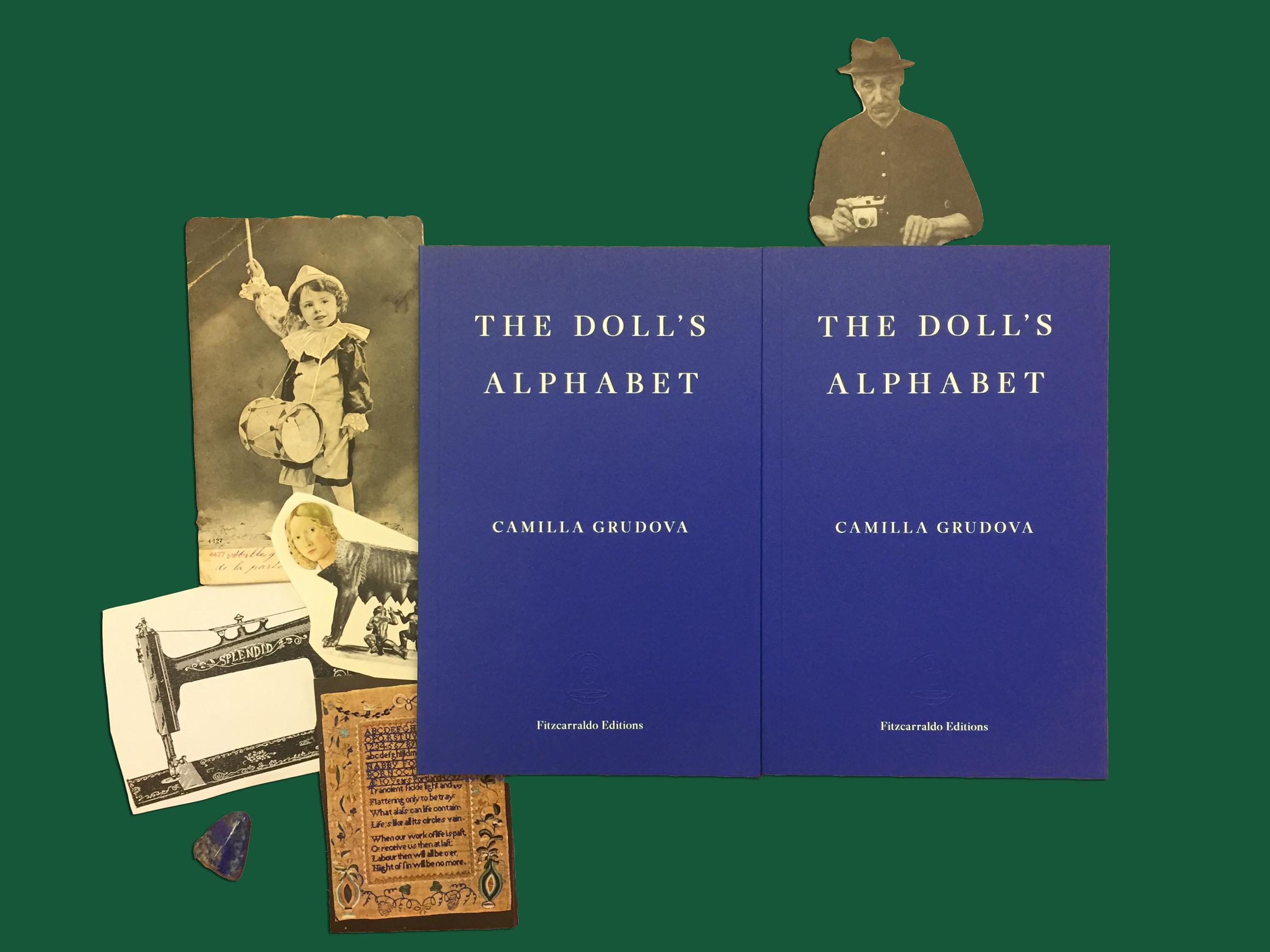 Ahead of The Doll’s Alphabet’s publication, today, Camilla Grudova put together a playlist to accompany the release of the book:

‘This a mixture of songs mentioned in The Doll’s Alphabet and songs I listened to while writing it. I was horrendously depressed at the time I was working on it and Josephine Baker’s Blue Skies is the song that always saved me from total wretchedness. The string quartets of Tchaikovsky were a favourite of Isak Dinesen’s. The Magic Flute is my favourite opera, I danced in a production of it when I was a child and was in love with the gentleman who played Papageno. Lotte Reiniger’s work fascinates me. Another opera I love is The Tales of Hoffmann. This ghostly kitsch organ rendition is the music I want played when I marry a dashing skeleton in an Austrian castle. It was wonderful to learn that organs, not just pianos, were used to accompany silent films. Pola Negri was a Polish girl who went to Hollywood and became a silent film star. She dated both Charlie Chaplin and Rudolph Valentino. Alexander Vertinsky was a Soviet Pierrot.’

‘Waxy’ is a short story extracted from The Doll’s Alphabet, published by Fitzcarraldo Editions in February 2017, and available to read now on Granta’s website.

My new bedroom was an old kitchen. One wall was taken up by dozens of small cupboards and drawers, a fridge, a black stove and a little brown sink with a beige hose hanging out of it like a child’s leg. The landlord told me the fridge and stove didn’t work, but they were good for storing clothes and other things. I could use the fridge as a wardrobe, she said.

It was on the fourth floor of a fat house covered in green tarpaper, and shared a hall and bathroom with another room, where a couple lived. Neither of our rooms had doors, only door frames. All the windows looking out onto the street were covered in dirty sheets, giving the impression from the outside that the house was nothing more than an empty shell with a giant’s patchwork blanket hanging on the other side.

Along with the fridge and stove, my room had a table, a stack of flimsy chairs and a couch, which I was to use as a bed.

The kitchen cupboards were painted green and the walls were papered a reddish brown, with water spots and black mould here and there that reminded me of tinned meat that has been opened and forgotten. The sink water only ran cold.

I was very relieved. As soon as I moved in, I removed the sheet covering my small window, and washed the glass with vinegar.

A few days before, a girl from my Factory said she was leaving her place, since her Man had done well on an Exam and she could afford to move, and she told me I could take it. I was desperate to find a place and another Man, but when I went to look it was no more than a curtained-off section of a gloomy room shared with two other couples. One of the Men had brown teeth and kept licking his upper lip and leering at me as I was shown around the room. All four of them shared one filthy hotplate, and the windows were covered in long, thick, mouldy purple curtains. Damp Philosophy Books were stacked everywhere. In one corner there was a mountainous pile of empty tins, like a dollhouse for vermin. The curled, hanging metal lids reminded me of the Man’s protruding tongue.

There is nothing worse than being taken advantage of by someone else’s Man. It’s always considered the woman’s fault. I knew I wouldn’t be safe there. I was very fortunate to find the kitchen room through an advertisement posted in a cafe.