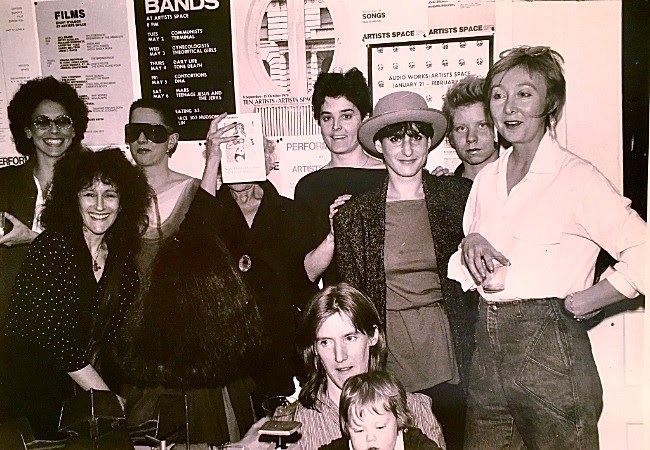 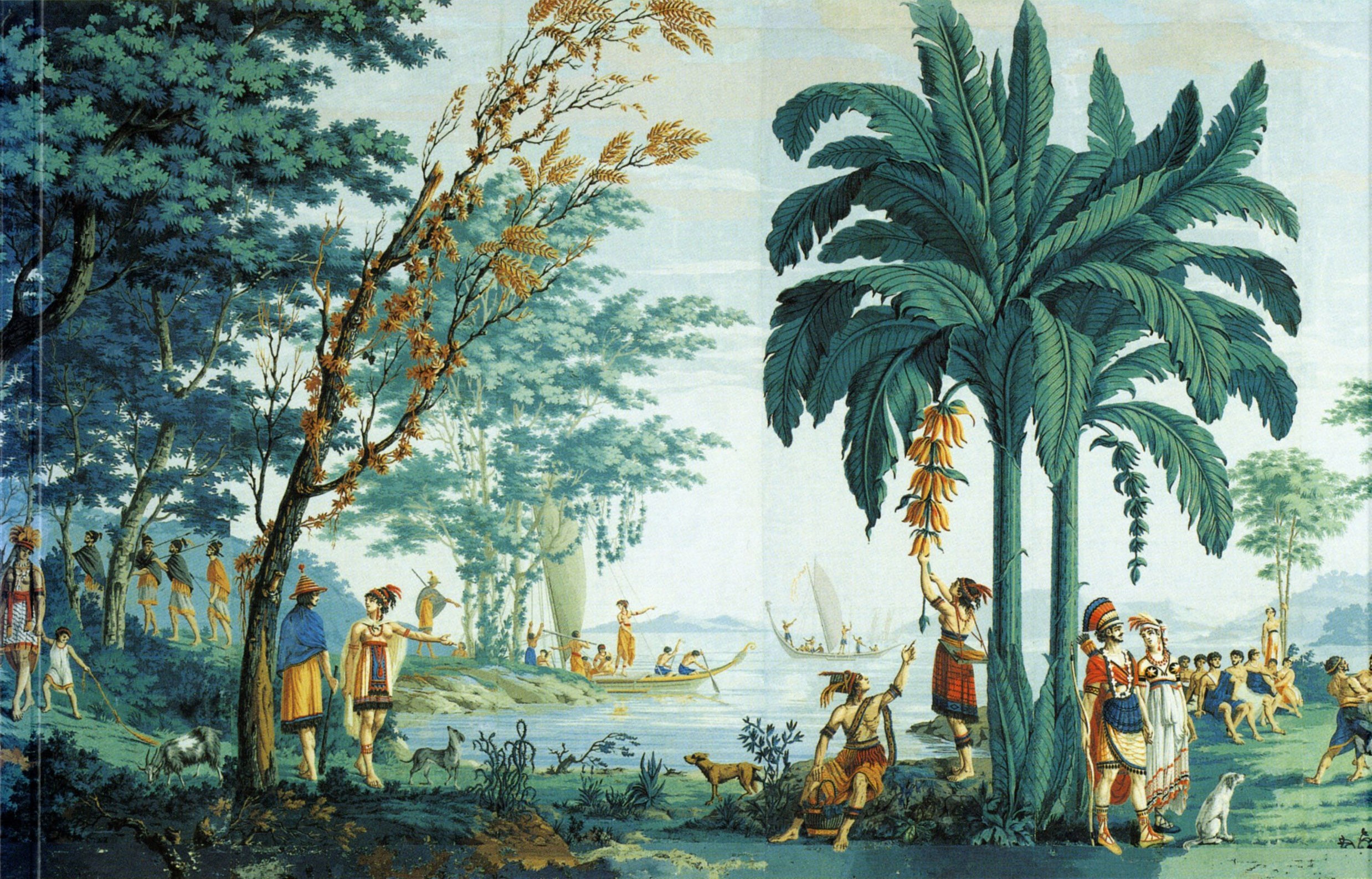 A history of Musa Cavendishii Bananas, ‘from decorative wallpaper to the ships of United Fruit Company’, by Daniel Fernández Pascual and Alon Schwabe, for Tank magazine.

One of the largest wallpaper compositions in history depicts a voyage to a series of imagined landscapes. Sauvages de la mer Pacifique, a large-scale diorama designed by Jean-Gabriel Charvet and produced by Joseph Dufour in the early 19th century, recreates the overseas journeys of Captain James Cook. It brought the faraway “exotic” back into the bourgeois salon, and compressed a round-the-world journey and the hundreds of different peoples, plants, rocks and animals that Cook encountered along the way, into a flattened unified version, an amalgamated summary of the Pacific at large. Tahitians, Hawaiians, Vanuatuans, Tongans, Easter Islanders, were all put together into a single wall-sized cross-section of the planet that primitivised and homogenised the social complexity and diversity of a long-inhabited ocean.

At the very centre of the wallpaper, there is a banana plant, growing among the different peoples, as if that tree were the crucial element to be communicated to the ignorant Europeans looking for the first time at the Pacific. Regardless of the violent massacres that were happening at the same time to “discover” and “civilise” all those savages, the banana tree epitomised the fantasy of the journey to a remote, bloodless paradise.

Joseph Paxton, a gardener to the aristocracy, and later the architect of the Crystal Palace, became fascinated with bananas. When he first saw the plant depicted on the chinoiserie wallpaper in one of the rooms at Chatsworth, the Duke of Cavendish’s Devonshire estate, his reaction was to imagine the architecture that would help him actually grow bananas in the colder latitudes of northern Europe. In the 1820s, his contemporary Dr. Nathaniel Bagshaw Ward had just invented the Wardian Case, a portable device that made possible the transportation of exotic species from the Pacific. This eccentric prototype of a sealed terrarium, consisting of a box with glass walls, could confine tropical plants under controlled humidity and temperature, protecting them from the harsh conditions of the voyage on the long way back to Europe. Joseph Paxton took this idea and expanded it into large-scale structures. He developed the first greenhouses that could host those travelling plants permanently, keeping the warmth of the sun inside. People in Europe would no longer need to travel for months if they wished to experience exuberant botany. It was suddenly brought directly back to them in three dimensions, just as the Sauvages de la mer Pacifique had previously done in two.