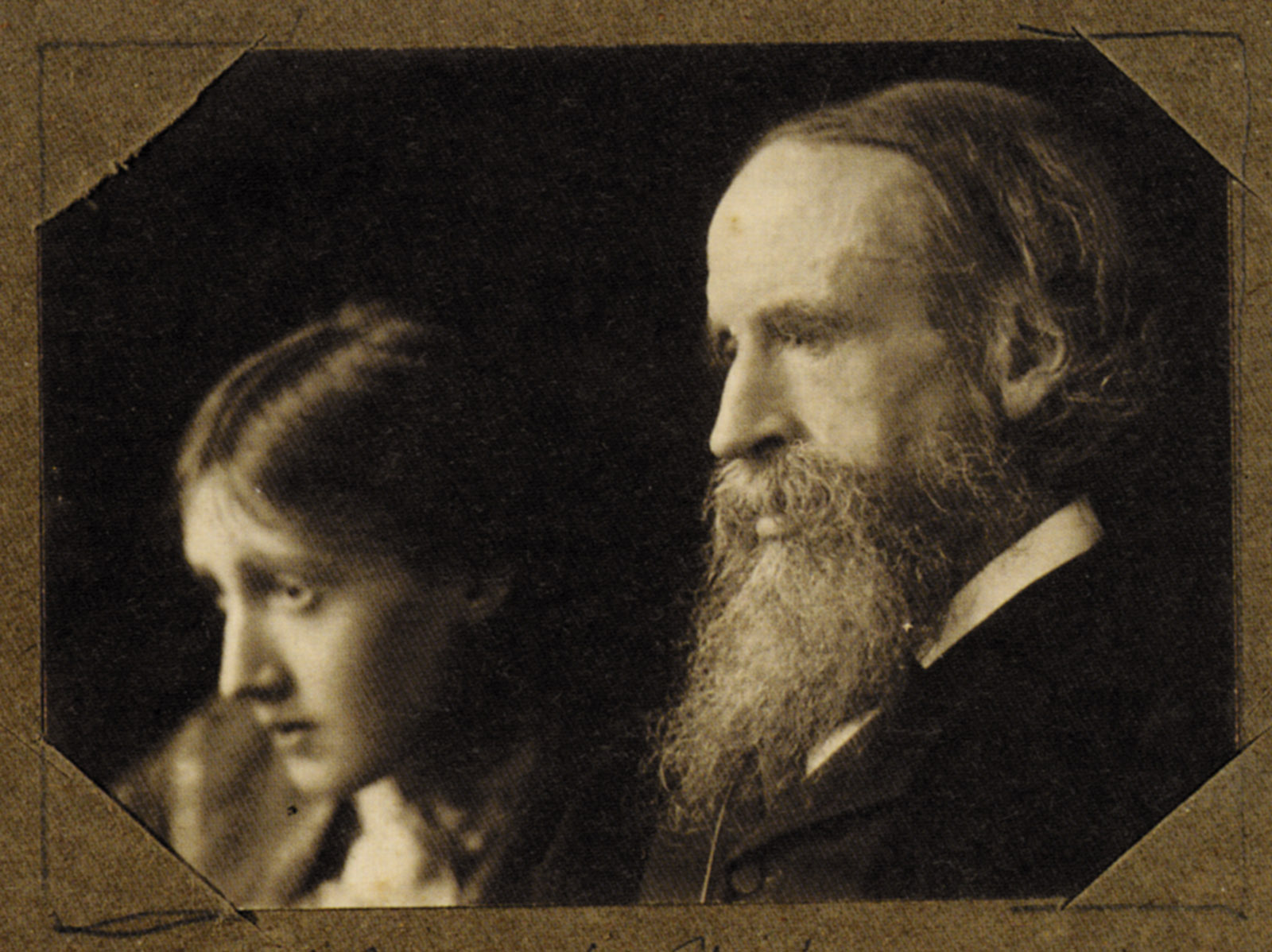 Paul Levy writes on the Bloomsbury painter Vanessa Bell and her younger sister, Virginia Woolf, for The New York Review of Books.

The Bloomsbury painter Vanessa Bell, née Stephen, lived most of her life (1879–1961) in the chilly, concealing shade of her younger sister, Virginia Woolf—the last twenty years following Virginia’s suicide in 1941. Though the attention paid to the Bloomsbury Group seems to be waning on both sides of the Atlantic, there is currently a surge of interest in Bell. Priya Parmar’s novel Vanessa and Her Sister artfully sheds new light on Bell, who is also part of an imaginative group exhibition, “Sussex Modernism: Retreat and Rebellion,” at Two Temple Place in London (William Waldorf Astor’s townhouse, now an exhibition venue). Dulwich Picture Gallery (England’s earliest public art gallery constructed for that purpose) has mounted the first major exhibition of Bell’s work. Her sex life was the chief subject of the BBC series Life in Squares (2015); she was played at different ages by Phoebe Fox and Eve Best.

In 1907, Vanessa married Clive Bell, the art critic and father of her two sons; she briefly became the lover of Roger Fry, the highly admired art critic; and she was the lifelong companion of the gay painter Duncan Grant, whose work will be featured in Tate Britain’s exhibition “Queer British Art, 1861–1967,” opening in April, and who was the father of Bell’s daughter, Angelica. Posterity has judged Virginia the greater artist, but in Parmar’s fictionalized account, Vanessa is the nobler, more sympathetic of the Bloomsbury Group’s founding sisters.

Was Bell a good painter? The striking catalog for the Dulwich show (of seventy-six paintings, works on paper, and fabrics, as well as photographs by both her and Patti Smith) equivocates by stressing her place in art history, saying that she was “one of the most advanced British artists of her time, with her own distinctive vision, boldly interpreting new ideas about art which were brewing in France and beyond.” Nancy Durrant, an art critic for the London Times, agrees: “This show is a joy…. What a magnificent creature she must have been.” 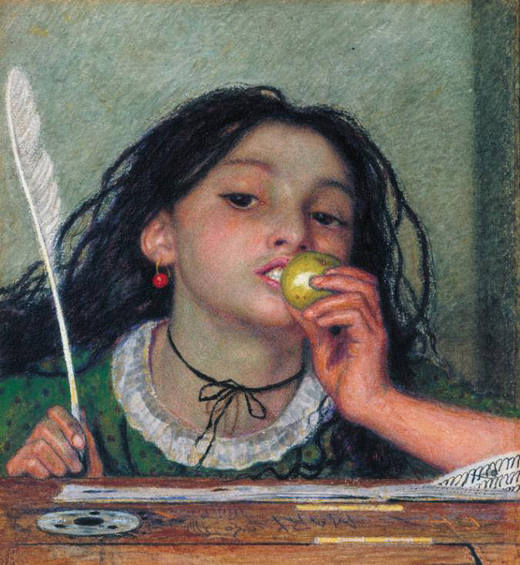 Nicholas Penny on Ford Maddox Brown and some of the little-known masterpieces at the Tate Britain.

Roger Fry, when comparing the Pre-Raphaelites with the Impressionists, described the artistic innovations of the former as an insurrection in a convent, whereas the latter were real revolutionaries. The simile may have been unconsciously prompted by an elaborate and highly finished drawing of hysterical nuns entangled with fanatical Huguenots who are disentombing the body of Queen Matilda. This drawing by the young Millais is currently on display in an exhibition at Tate Britain of Pre-Raphaelite works on paper (until 7 May). The calculated confusion of rigid and angular figures, although it owes something to the medieval art cherished by the nuns (some examples of which feature in the background), can’t simply be dismissed as revivalism. Such a thorough determination to avoid being in any way easy on the eye or the mind may once have seemed a peculiar by-product of the reactionary antiquarian ecclesiology of the late 1840s but it now seems to anticipate (although it clearly didn’t influence) the daring aesthetic discomforts devised by ‘Modern British’ artists, even the wiry, tortured sculptures of a hundred years later by Lynn Chadwick or Reg Butler.

This drawing, and the finished study by Millais for Christ in the House of His Parents (also of 1849) which hangs beside it, are familiar enough to students of British art, but the exhibition, which has been very little publicised and is rather hidden away at the east end of the Clore Galleries, includes several little-known masterpieces. The most startling of these is Ford Madox Brown’s watercolour of 1863, entitled Mauvais Sujet, of a young teenage girl who is not so much engagingly naughty as alarmingly bad. The tight format derives from Rossetti’s early oil paintings of female heads and shoulders, such as Bocca Baciata of 1859, paintings of a frank sensuality free of the narcotic eroticism and religiosity that make so much of his later painting seem repellent. But Brown’s schoolgirl subject hasn’t yet led any artist into temptation. She is seated at a high desk with names and doodles scratched on its hinged top. We see the lines she has been made to copy with her quill, black lines which rhyme with the disorder of her hair. Her teeth – brighter than the white of her collar, the plume, the paper or the enamel inkwell – are biting into a brilliantly green apple. Fruit would certainly not have been allowed in the classroom and this young Eve, whose dress is also green, eats it with resentful defiance. The picture has the compositional ingenuity and thrilling compression of Brown’s great circular painting The Last of England – a compression, here greatly enhanced by the original double frame, that we miss in his later work, although he was always attracted both by defiance and by teeth. 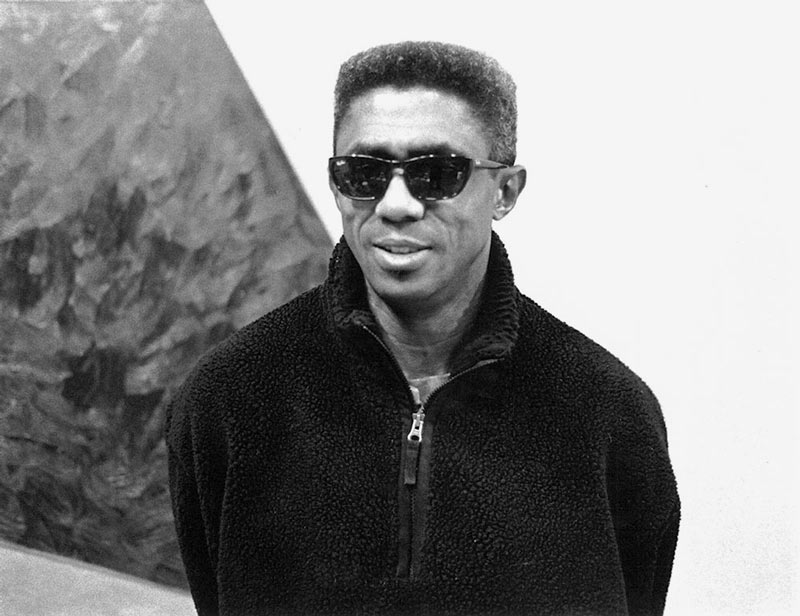 Painter James Little talks to Dr. LeRonn P. Brooks about segregation in the South, abstract and figurative art, and the multiplicities of African-American art for BOMB’s Oral History Project.

James Little has worked nearly half a century at mastering the craft of painting. While our conversation here delves into his painterly “alchemy”—he makes all his own paints and mixes beeswax and varnish into it—it also documents a life in painting. Born into a family of artisans with high expectations in a segregated Memphis, the artist learned the value of hard work, creativity, and persistence. His experimentation with the transformative properties of his materials reflects these emphases, and his search for excellence mirrors the work ethic of the community that raised him. This is to say that memory has its textures and its colors—their own connotative ends; Little’s paintings demonstrate a quest for the perfection of craft, but do not covet certainty despite the precision with which they are ordered. His paintings are guided by intuitive responses to form, color, and feeling. This approach is not overly calculated, though its complexity may suggest so. His expression is personal—visceral exchanges between memory and its hues, between emotion and the logistics of its use, between logic’s place in the fog of the human heart, and the ways that rationale can be envisioned as painterly “surface.” Here, to speak solely of order is to imply, in some way, process, but this implication does not necessarily suggest the course of a method as the ends of his labor’s purpose. Little’s “purpose” cannot be narrowly defined by his methods nor is it all a simple matter of procedure.The imagination has its own speculative ends and its interchanges with the world are, in Little’s paintings, as vibrant and curiously bedecked as any prism thread with light. What follows is a conversation about artistic vision, practice, and the importance of perseverance. It is a document concerned with valuing painting as of form of experiential evidence, and the imagination as a vivid context for human worth, history’s propositions, and a life’s purpose.

LeRonn P. Brooks So James, I’d like to start by speaking about your childhood in Memphis, before you became an artist. What was the South like when you were a child?

James Little Memphis was a very segregated city when I was growing up in the ’60s. It’s just north of the Mississippi border. My family is from Mississippi. My father, Rogers Little, his family migrated from Georgia. There were a lot of Irish, Native American, and black people in his family. My mother’s family came out of the Carolinas and the West Indies. Somehow, she ended up in Mississippi. That’s where my mother was born along with a lot of her siblings. When I was growing up we were very poor. And my father worked very hard, so did my mother. But we weren’t as poor as the majority of the people around us. You know, we actually lived pretty well. My mother was a great cook. Both my parents grew up growing their own food. They knew how to survive. They were very efficient, hard-working, and God-fearing people. But you know, that was kind of the way it was. 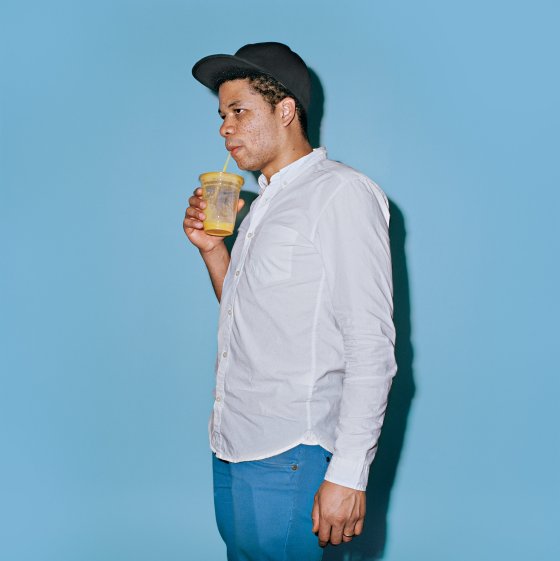 Apparently art collectors ‘have come to understand Murillo as a new Basquiat’. After all, he is ‘black, ambitious, and engaged with both art history and graffiti’ — and ‘he even shared a hairstyle with the late artist’. Nonetheless, this is an interesting piece on the ‘current state of the art world’, and how collectors are skewing the process by which an artist might be elevated to ‘greatness’:

The 28-year-old Colombian-born art­ist Oscar Murillo has had a very good couple of years and has paid for it with a very bad couple of months. Until April, when he installed an elaborate chocolate factory inside one of blue-chip David Zwirner’s big-box spaces in Chelsea, he’d never had a solo show in New York. And yet astronomical sales of his scribbly, urgent, and defiantly un-precious paintings—which he makes using a broomstick and sometimes stitches together from multiple canvases, often feature “dirt” among their listed materials, and are tagged with large enigmatic words (YOGA, CHORIZO, MILK)—had made him perhaps the most talked-about young artist in the world.

Back in September, a Murillo that had been bought for $7,000 in 2011 was auctioned for $401,000 at Phillips; in February, a three-year-old painting, with BURRITO written on it, sold for $322,000 at Christie’s, and the prices of stacks of his other works had soared, too, appreciating by as much as 3,000 percent in just two years. It may seem crass to describe the arrival of a new painter by tracing the trajectory of his sales (not to mention none of that resale loot went to the artist but to those who had bought his work when it was cheap). And yet his story is impossible to tell otherwise; even the critical backlash is driven less by skepticism about his paintings (which many haven’t had the opportunity to see in person) than by a general anxiety about what fast money is doing to the art world and to those non-financiers who used to curate and adjudicate it. As the art adviser Allan Schwartzman predicted about Murillo earlier this year, “Almost any artist who gets that much attention so early on in his career is destined for failure.”