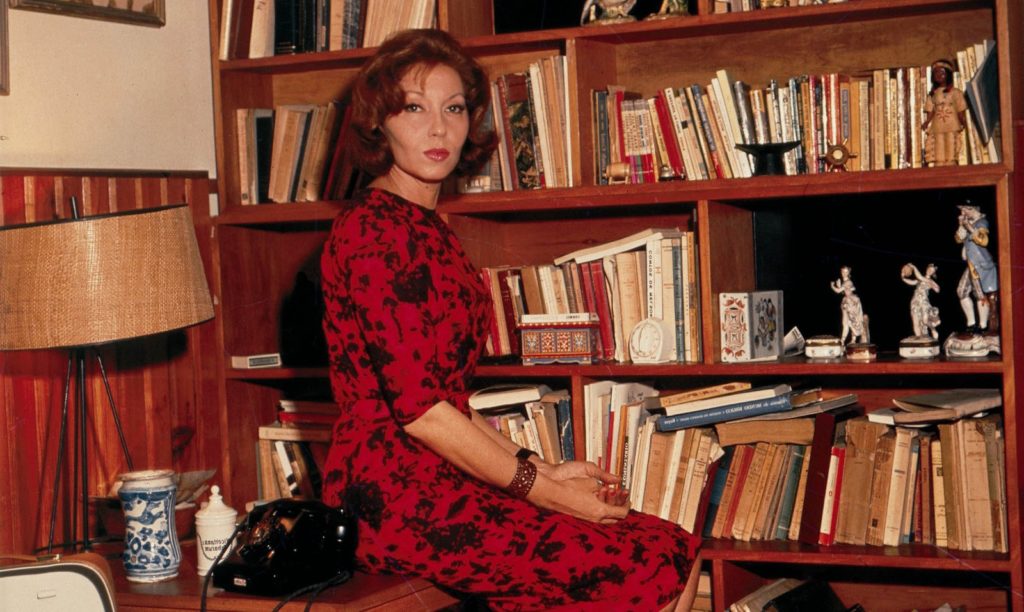 “I can feel the charlatan in me, haunting me,” Clarice Lispector wrote in one of the crônicas, or newspaper columns, she composed each week from 1967 to 1973 for the Jornal do Brasil. She was writing in Leme, a neighbourhood in Rio de Janeiro named for a vast rock that resembled the rudder of a ship. “I am almost sickened by my basic honesty,” she continued. Later in the column, she suggested that “bad taste” and bad writing were similar, and that bad writing essentially meant telling the simple, unadorned, too-sincere truth. In writing, she declared, “the dividing line between bad taste and truth is almost imperceptible. In writing, moreover, there is an accepted standard of good taste which is actually much worse than bad taste. Just to amuse myself, I sometimes walk that thin line between the two”—between, that is, being a “charlatan,” as that column was titled, and writing the bland truth.

A uniquely Brazilian form, crônicas offered readers free-form writing from writers of all kinds, including poets and novelists. Lispector’s adoring editor at the paper, Alberto Dines, simply published almost everything exactly as she submitted it. Although many of her crônicas appeared autobiographical, many also seemed to bend the truth; Lispector, who rarely kept even her birthday consistent, felt most comfortable writing about herself when she was allowed to invent and embellish.

In her crônicas, she spoke more directly about her life than usual, yet those seeming revelations were overlaid with the metaphysical ponderings, digressions, and questions about reality that characterized her fiction, like The Passion According to G. H., and many of her short stories—as well as the works of hers that defied characterization. “I am not going to be autobiographical,” she wrote in Água Viva, a genre-defying semiautobiographical text partly stitched together from her newspaper columns. “I want to be ‘bio.’ ” In a note to her friend and editor Olga Borelli about the text, she wrote, “I must find another way of writing. Very close to the truth (which?), but not personal.”

If she played with the superficial truth, it was in service, she believed, of exposing one deeper, of passing readers a brief-lit lantern for the moonless dark of ourselves, even if that light revealed, sometimes, more contradiction, more chaos, more flittering soul-storm. Her crônicas blurred lines between genre—some are like little Zen koans, some lyrical reminiscences, while others, like “Return to Nature,” are harder to categorize, reading like parables or flash fiction. At times, they also muddied demarcations between nonfiction and fiction, resurrecting the oldest question of form: Where does nonfiction truly end and fiction begin, and what do we do with texts where we do not know the answer?

That she started the crônicas at all seemed a miracle. A year before she began them, she had nearly died when her two fatal addictions came together: cigarettes and sleeping pills. She had fallen asleep with a lit cigarette in hand after taking a soporific on the evening she was supposed to have attended a friend’s book launch; at three thirty-five in the morning the following day, a neighbor noticed smoke billowing out of her apartment. She awoke in a familiar yet phantasmagoric hell: her room, acrid and ablaze. Instead of fleeing, she tried to save her papers and, in her maelstrom panic, attempted to put out the fire with her bare hands. Paulo, her son, saved her by dragging her to a nearby apartment; as she walked, she left bloody footprints. “The fire I suffered a while back partially destroyed my right hand,” she reflected later. “My legs were marked forever … I spent three days in hell, where—so they say—bad people go after death. I don’t consider myself bad,” she added, “and I experienced it while still alive.” Pandemonium, as for Milton, had taken on a new, hellish meaning.

She lived with the stagnant sadness of swamps; her old life had become an ignis fatuus, fluttering and flaming just out of reach. Typing became arduous. Her apartment, from where she could hear the hiss of waves and the thwack of tennis balls, seemed oppressive. The crônicas, however, gave her a new task to focus on and conquer, even though she had misgivings about becoming a cronista. The idea of writing for money appalled her. “I’m … new to writing for money,” she revealed in an early column. “I worked in the press before as a professional, without signing my name. Signing, however, automatically makes it more personal. And I feel a bit like I’m selling my soul.” A friend consoled her. “Writing is selling one’s soul a little bit,” he told her.

Her readers purchased her soul with relish. The columns granted her a vast new range of fans, particularly the Brazilian middle-class targeted by the Jornal. She was famous, now, in a new way. One corybantic fan, who had seen Lispector’s apartment ablaze on that fateful night, even appeared at her door with an octopus and proceeded to cook the cephalopod right then and there as a token of her appreciation. “Being a columnist,” Lispector reflected later, “has a mystery that I don’t understand: it’s that columnists, at least in Rio, are very loved … I feel so close to my readers.” She had joined a tradition in which some of Brazil’s most renowned writers had partaken, from Machado de Assis to Carlos Drummond de Andrade.

But she had also joined as a woman, making her one of the few female cronistas of the time.