Emergency is a novel about the dissolving boundaries between all life on earth. Stuck at home alone under lockdown, a woman recounts her 1990s childhood in rural Yorkshire. She watches a kestrel hunting, helps a farmer with a renegade bull, and plays out with her best friend, Clare. Around her in the village her neighbours are arguing, keeping secrets, caring for one another, trying to hold down jobs. In the woods and quarry there are foxcubs fighting, plants competing for space, ageing machines, and a three-legged deer who likes cake. These local phenomena interconnect and spread out from China to Nicaragua as pesticides circulate, money flows around the planet, and bodies feel the force of distant power. A story of remote violence and a work of praise for a persistently lively world, brilliantly written, surprising, evocative and unsettling, Daisy Hildyard’s Emergency reinvents the pastoral novel for the climate change era.

Emergency explores some of the ideas in fiction that Daisy Hildyard wrote about in her essay The Second Body, published by Fitzcarraldo Editions in 2017. Her debut novel, Hunters in the Snow, came out with Jonathan Cape in 2013 and received the Somerset Maugham Award and a ‘5 under 35’ honorarium at the USA National Book Awards. She lives in York with her family. 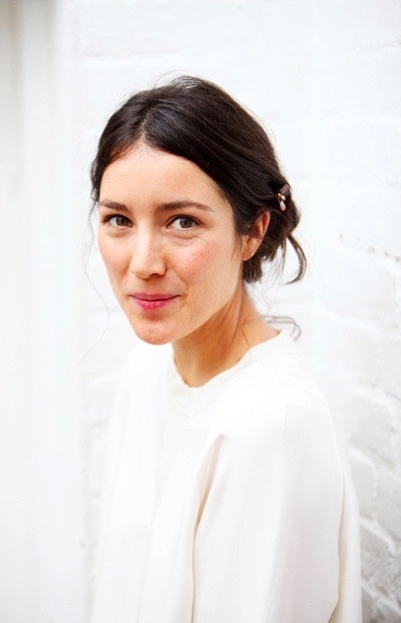 For the LRB, Daisy Hildyard’s essay ‘On the Farm’ examines animal behaviour and animal rights in the UK:

In November, the government voted to let go of a European law which declares that animals are sentient beings. At that time of year the cattle on my father’s beef farm in Yorkshire come inside for the winter, and we had recently separated a group of young bullocks from the rest of the herd. The bullocks went into a barn and the others were supposed to stay out for a few more days, but they didn’t like it, and expressed their dislike loudly. We had to move the bullocks’ mothers to a distant field far from the barn. Where we left them, there were several hedges, fences and closed gates between the cows and their offspring.

The following morning the mothers were standing outside the barn, bellowing. During the night they had jumped or broken through every hedge, fence and closed gate to get there. My father hadn’t thought this possible: the same barriers had, for years, kept all the animals in. The escape seemed to reveal that the cattle were able to get out at any time, if only they wanted to badly enough.

There is an argument that domestication is a regime men have imposed on other species to project a human idea of power onto a more-than-human relationship. But what if we thought of farming as an innovation of opportunistic animals? From that point of view, it is people who dedicate themselves to the propagation of cows. Leaving aside the compromises that cattle would be making in the circumstances, the argument isn’t easily disproved. The actions of other living things are cryptic. The farm gates look different to the farmer and to the animals. If a mother cow does not run through the hedge every day, it is not that she lacks the ability to do so, but that she has no cause to do it.

Because of this, the breakout didn’t make me feel that I understood these cows any better – in fact, the opposite. It was something like the experience, during the days following a birth or a bereavement, of looking out of the window and being surprised to see the neighbours going to work as usual: there is a sense that normal life is supported by a set of assumptions which are necessary, but not necessarily right. Derrida felt ashamed when he was caught naked in his cat’s gaze, and embarrassed, in turn, by this feeling of shame. My father repaired the gates.