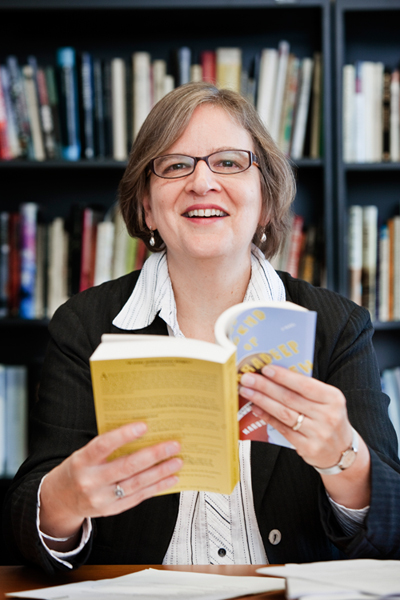 Fiona McCrae, publisher of Graywolf Press (with whom Fitzcarraldo Editions shares Eula Biss’s On Immunity), was interviewed in Guernica earlier this year by Jonathan Lee. A very interesting summary of the indie publishing philosophy, as evidenced by this snippet on discovering Per Petterson:

Guernica: I saw you speak at an event last night at the offices of the literary journal A Public Space—where, as you know, I work—and you were addressing a crowd of emerging writers. You talked about Graywolf publishing “against the tide”—finding work that other houses might overlook or might not think would work. How much of that is out of necessity, and how much is by design?

Fiona McCrae: I think it’s both. The two drive each other. My nature is much more attracted to against-the-tide books. For example, at Graywolf, if I hear that there is another offer on a manuscript, it generally makes me less interested, not more. I do not feel competitive in that way, so I don’t believe that the fact someone else wants to publish a piece of writing makes that piece of writing good. I think I was overly affected as a child by fairy stories where the bronze casket turns out to be the winner, not the gold. With a Graywolf author like Per Petterson things have happened for him in a wonderfully organic way—he’s become a big name for all the right reasons, from quite modest beginnings. When publishers spend a huge amount of money on a book up front, they start from the position that it has to work, or else, and that can drain the pleasure from the experience and make everyone overly tense, and certain successes are deemed insufficient in some way.

Guernica: You publish a book like Out Stealing Horses with pretty modest expectations of sales, and then when it wins the IMPAC things grow from there, naturally. That’s your preferred route to success.

Fiona McCrae: Yes. I don’t think I’m particularly unusual in the publishing industry in loving those “sleeper” stories. I prefer them to the stories of splashy advances. At Graywolf, I prefer knowing we were the only ones who offered on a book, who saw it might work.

Of course, I don’t mean that everyone we publish would stand no chance at another publishing house. But we like to make the right offer on a book, and to make that offer to an author who really does connect with Graywolf. With Out Stealing Horses, we bought that for a fairly modest advance when a number of publishers over here [in New York] had turned it down. And then unexpected things started to happen.

Guernica: What was the first unexpected thing?

Fiona McCrae: Well, early on Amy Tan phoned up out of the blue to offer a blurb that we hadn’t asked her for. That never happens. And then the book was longlisted for the Independent Foreign Fiction Prize, then shortlisted, and finally, incredibly, it won. And then the same for the IMPAC, which was announced one week before [it appeared] on the front page of the New York Times Book Review. Suddenly everything was happening.

Another example. I remember us publishing Tracy K. Smith’s poetry, and then in 2011 publishing her new collection Life On Mars. We thought she deserved to win something that year, but then the National Book Awards came and went. Nothing. Later in the year I was at the National Book Critics Circle Awards announcements. Nothing. Then I was in London for the London Book Fair in April, out with three friends who’d studied English literature with me at university, and a text came through saying: “Tracy K. Smith has won the Pulitzer Prize.” That was great fun—to see that happen to someone [for whom] you’ve published over three books.

Publishing Kazuo Ishiguro was like that in England. Faber published his first work in an anthology, and then his first two novels before The Remains of the Day, which of course won the Booker Prize.

Guernica: What about those difficult moments where you do well with an author’s book, and then they cash in by leaving for a bigger publishing house?

Fiona McCrae: It happens, of course, but sometimes an author just needs more money than we can offer. There’s no point wringing your hands over that. It’s not our job, as a small non-profit publisher, to come between an author and a big advance. In fact, it goes with the territory at any-sized publishing house. People leave Penguin. People leave Knopf. The nice thing, when authors don’t leave, is that all the books stay under one roof, and the continuity can be very productive. Per Peterson has always remembered that we took him on when others didn’t want to publish him. And after the huge success of Out Stealing Horses, there was no doubt in his mind that he wanted to stay with Graywolf. We paid more for his next book, of course, but he could have got a bigger advance by switching publishers. He chose to stay. And we took on Kevin Barry in a two-book deal, so were able to publish his short-story collection after he too got the front cover of the New York Times Book Review and went on to win the IMPAC.