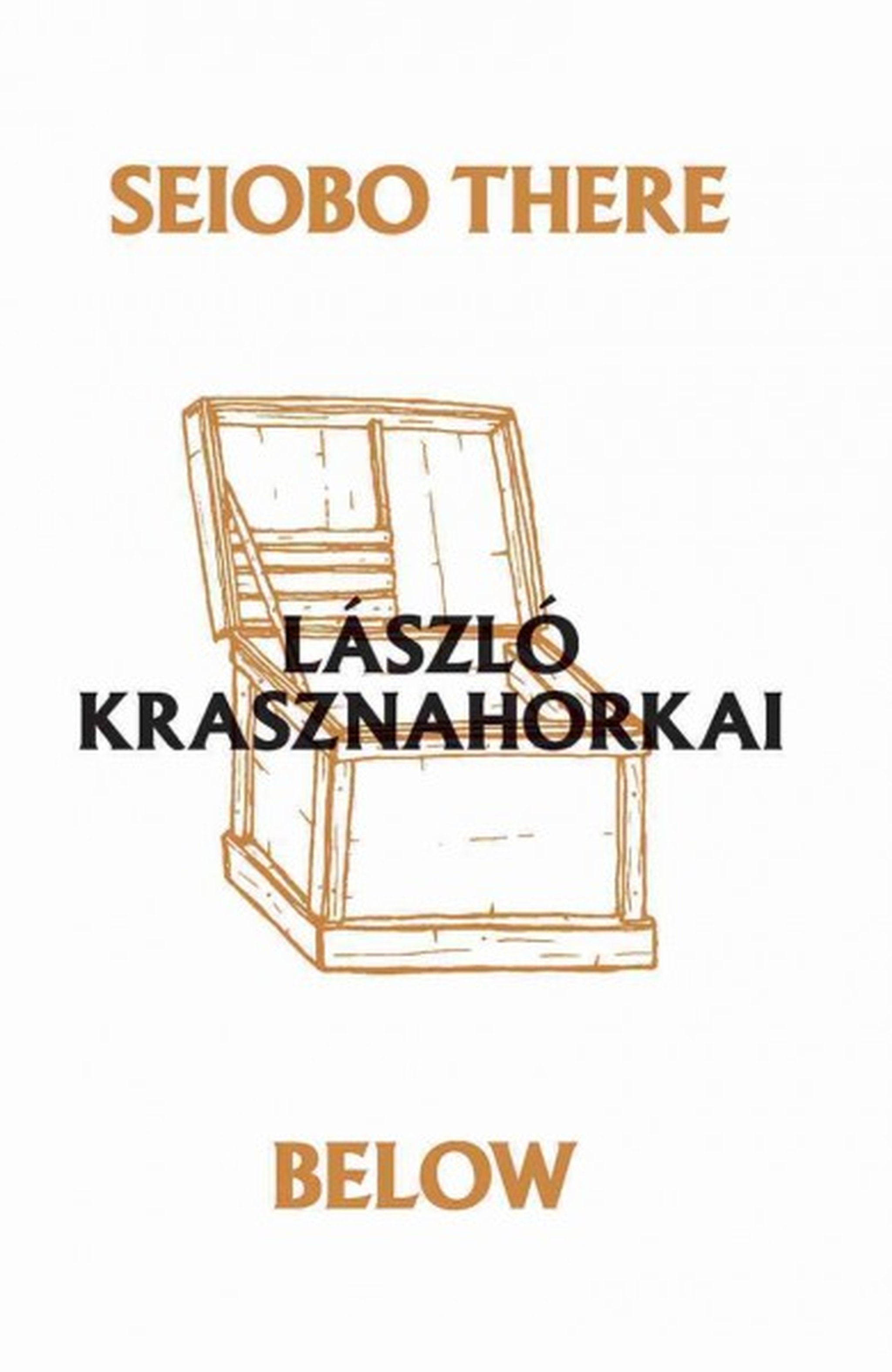 Over at The White Review, the first chapter of László Krasznahorkai’s Seiobo There Below, ‘Kamo-Hunter’, translated by Ottilie Mulzet. Originally published in English by New Directions in the US, it’s forthcoming from Tuskar Rock Press in the UK in 2015.

Everything around it moves, as if just this one time and one time only, as if the message of Heraclitus has arrived here through some deep current, from the distance of an entire universe, in spite of all the senseless obstacles, because the water moves, it flows, it arrives, and cascades; now and then the silken breeze sways, the mountains quiver in the scourging heat, but this heat itself also moves, trembles, and vibrates in the land, as do the tall scattered grass-islands, the grass, blade by blade, in the riverbed; each individual shallow wave, as it falls, tumbles over the low weirs, and then, every inconceivable fleeting element of this subsiding wave, and all the individual glitterings of light flashing on the surface of this fleeting element, this surface suddenly emerging and just as quickly collapsing, with its drops of light dying down, scintillating, and then reeling in all directions, inexpressible in words; clouds are gathering; the restless, jarring blue sky high above; the sun is concentrated with horrific strength, yet still indescribable, extending onto the entire momentary creation, maddeningly brilliant, blindingly radiant; the fish and the frogs and the beetles and the tiny reptiles are in the river; the cars and the buses, from the northbound number 3 to the number 32 up to the number 38, inexorably creep along on the steaming asphalt roads built parallel on both embankments, then the rapidly propelled bicycles below the breakwaters, the men and women strolling next to the river along paths that were built or inscribed into the dust, and the blocking stones, too, set down artificially and asymmetrically underneath the mass of gliding water: everything is at play or alive, so that things happen, move on, dash along, proceed forward, sink down, rise up, disappear, emerge again, run and flow and rush somewhere, only it, the Ooshirosagi, does not move at all, this enormous snow-white bird, open to attack by all, not concealing its defenselessness; this hunter, it leans forward, its neck folded in an S-form, and it now extends its head and long hard beak out from this S-form, and strains the whole, but at the same time it is strained downward, its wings pressed tightly against its body, its thin legs searching for a firm point beneath the water’s surface; it fixes its gaze on the flowing surface of the water, the surface, yes, while it sees, crystal-clear, what lies beneath this surface, down below in the refractions of light, however rapidly it may arrive, if it does arrive, if it ends up there, if a fish, a frog, a beetle, a tiny reptile arrives with the water that gurgles as the flow is broken and foams up again, with one single precise and quick movement, the bird shall strike with its beak, and lift something up, it’s not even possible to see what it is, everything happens with such lightning speed, it’s not possible to see, only to know that it is a fish — an amago, an ayu, a huna, a kamotsuka, a mugitsuku or an unagi or something else — and that is why it stood there, almost in the middle of the Kamo River, in the shallow water; and there it stands, in one time, immeasurable in its passing, and yet beyond all doubt extant, one time proceeding neither forward nor backward, but just swirling and moving nowhere, like an inconceivably complex net, cast out into time; and this motionlessness, despite all its strength, must be born and sustained, and it would only be fitting to grasp this simultaneously, but it is precisely that, this simultaneous grasping, that cannot be realized, so it remains unsaid, and even the entirety of the words that want to describe it do not appear, not even the separate words; yet still the bird must lean upon one single moment all at once, and in doing so, must obstruct all movement: all alone, within its own self, in the frenzy of events, in the exact center of an absolute, swarming, teeming world, it must remain there in this cast-out moment, so that this moment as it were closes down upon it, and then the moment is closed, so that the bird may bring its snow-white body to a dead halt in the exact center of this furious movement, so that it may impress its own motionlessness against the dreadful forces breaking over it from all directions, because what comes only much later is that once again it will take part in this furious motion, in the total frenzy of everything, and it too will move, in a lightning-quick strike, together with everything else; for now, however, it remains within this enclosing moment, at the beginning of the hunt.