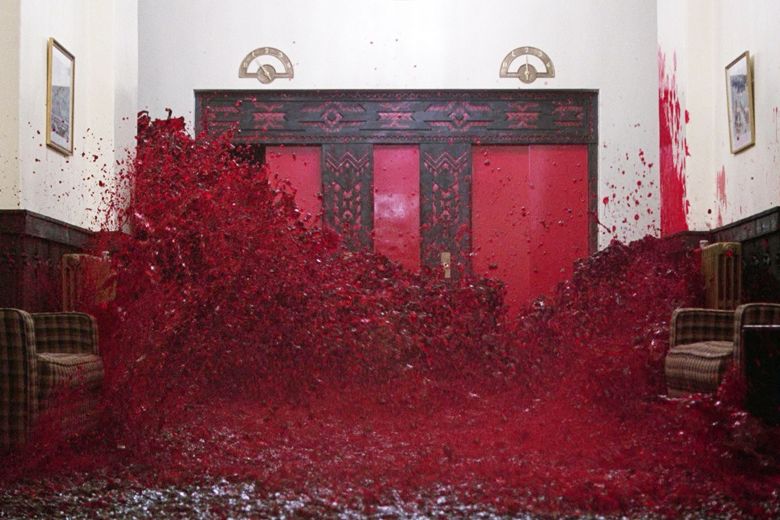 Martin Scorsese writing about his view of cinema as an art form for TLS.

I am neither a writer nor a theorist. I’m a filmmaker. I saw something extraordinary and inspiring in the art of cinema when I was very young. The images that I saw thrilled me but they also illuminated something within me. The cinema gave me a means of understanding and eventually expressing what was precious and fragile in the world around me. This recognition, this spark that leads from appreciation to creation: it happens almost without knowing. For some, it leads to poetry, or dance, or music. In my case, it was the cinema.

Quite often, when people discuss the cinema, they talk about single images. The baby carriage rolling down the Odessa Steps in Battleship Potemkin, for instance. Peter O’Toole blowing out the match in Lawrence of Arabia. John Wayne lifting Natalie Wood in his arms near the end of The Searchers. The blood gushing from the elevator in The Shining. The exploding oil derrick in There Will Be Blood. These are all absolutely extraordinary passages in the history of our art form. Extraordinary images, to be sure. But what happens when you take these images away from those that come before and after? What happens when you lift them out of the worlds to which they belong? You’re left with records of craftsmanship and care, but something essential is lost: the momentum behind and ahead of them, the earlier moments that they echo and the later moments for which they prepare the way, and the thousand subtleties and counterpoints and accidents of behaviour and chance that make them integral to the life of the picture. Now, in the case of the blood-gushing elevator from The Shining, you do have an image that can exist on its own – really, it can stand as a movie on its own. In fact, I believe it was the first teaser trailer for the movie.

But that image on its own is one thing and how and what it is within the world of Stanley Kubrick’s film is something else again. The same goes for each of the examples I’ve mentioned above, all of which have been excerpted in countless clip reels. As artfully put together as some of those reels are, I find them disconcerting, because they usually amount to a series of official “great moments” pulled away from their contexts.

It’s also important to remember that most of these images are actually sequences of images: Peter O’Toole blowing out the match followed by the sun rising over the desert, the baby carriage rolling down the steps amid the chaos and brutality of the attack by the Cossacks. And beyond that, each separate cinematic image is comprised of a succession of still frames that creates the impression of motion. They are recordings of instants in time. But the moment you put them together, something else happens. Every time I get back into the editing room, I feel the wonder of it. One image is joined with another image, and a third phantom event happens in the mind’s eye – perhaps an image, perhaps a thought, perhaps a sensation. Something occurs, something absolutely unique to this particular combination or collision of moving images. And if you take a frame away from one or add a couple of frames to the other, the image in the mind’s eye changes. It’s a wonder to me, and I’m far from alone. Sergei Eisenstein talked about it on a theoretical level, and the Czech filmmaker František Vlácil discusses it in an interview included on the Criterion edition of his great medieval epic Marketa Lazarová(1967). The film critic Manny Farber understood it as elemental to art in general – that’s why he named his collection of writings Negative Space. This “principle”, if that’s what you could call it, is just as applicable to the juxtaposition of words in poetry or forms and colours in painting. It is, I think, fundamental to the art of cinema. This is where the act of creation meets the act of viewing and engaging, where the common life of the filmmaker and the viewer exists, in those intervals of time between the filmed images that last a fraction of a fraction of a second but that can be vast and endless. This is where a good film comes alive as something more than a succession of beautifully composed renderings of a script. This is film-making. Does this “phantom image” exist for casual viewers without an awareness of how films are put together? I believe it does. I don’t know how to read music and neither do most people I know, but we all “feel” the progression from one chord to another in music that affects us, and by implication some kind of awareness that a different progression would be a different experience.