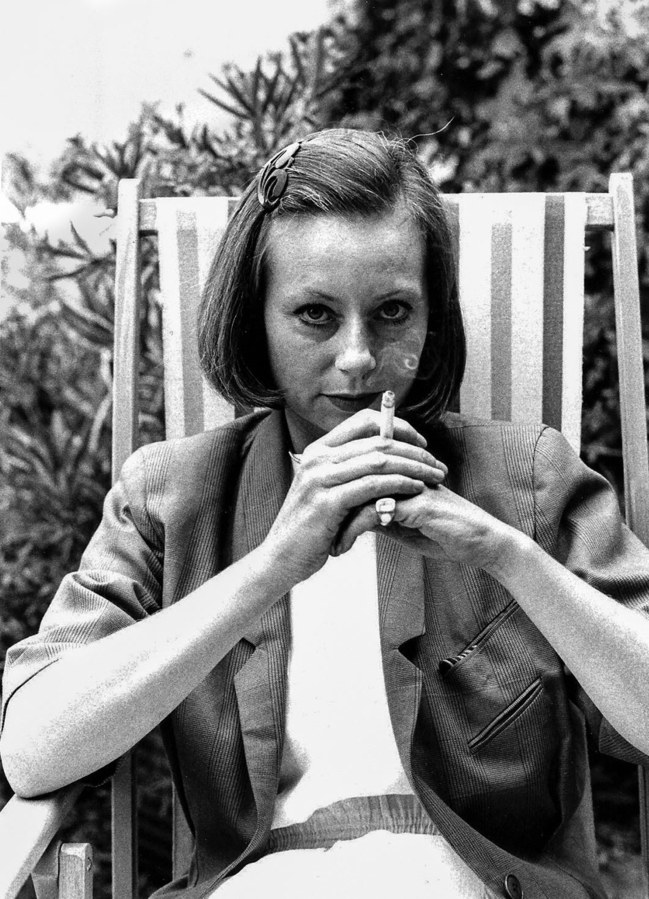 Sheila Heti reviews Fleur Jaeggy’s story collection I Am the Brother of XX (translated by Gini Alhadeff) for the New Yorker:

Few writers push the reader away with the coolness, dignity, and faint melancholy of Fleur Jaeggy. In her new story collection, “I Am the Brother of XX” (New Directions), she praises her friend Ingeborg Bachmann, one of the most celebrated Austrian writers of the twentieth century, for needing “little encouragement not to speak.” Similarly commendable is a suicidal man, in one of her novels, who lives near a church, and who makes sure that “the striking of the hour coincided with the revolver shot. That way no one heard.” Elsewhere, we meet nymphs who have stepped down from their paintings into a darkened museum; they wish to try out life. But, “having descended to earth, they realized they were ill-disposed to living. . . . They abhor all manner of effusion.” How embarrassing to read Jaeggy’s stories, and to see one’s own life through her eyes. Yes, it’s “all manner of effusion.”

Jaeggy is seventy-six years old. She was born in 1940, into an upper-middle-class family in Zurich, and grew up speaking French, German, and Italian. In Italy, where she has lived the past five decades, she has won nearly every literary prize of note—she writes exclusively in Italian—and is acknowledged as one of the country’s most original authors. She is also one of its most reclusive. Gini Alhadeff, who translated the new collection, describes her as a “monumental loner,” who “has few friends, rarely goes out, and turns down practically every request for an interview.” At home, Jaeggy writes on a swamp-green Hermes typewriter, which she goes to, she says, “as though to a piano. I practice. I do scales.”

Jaeggy spent her childhood and adolescence in boarding school, before modelling, gloomily, for several years in the United States and Europe. Then she moved to Rome, a period she describes in a characteristically distilled way: “I went out with some boys. I rode horses. A pleasant and at once meaningless existence.” It was in Rome that she met Bachmann, who was to become a lifelong friend, and the writer Roberto Calasso, whom she married, in 1968, before moving to Milan. Calasso went on to become the editor of Adelphi Editions, which under his watch became one of Europe’s most highly regarded publishing houses, its authors including Bachmann, Djuna Barnes, and Thomas Bernhard.

Jaeggy’s fourth novel, “Sweet Days of Discipline” (translated by Tim Parks), made her name, in 1989. She has described writing the book, which is semi-autobiographical, as “an exercise in self-punishment.” The story is set in the nineteen-fifties, at a Swiss boarding school, where life is repeatedly portrayed as a penitential, even psychosexual condition. The girls wash quickly, like prisoners; there is “a faint mortuary smell to even the youngest and most attractive” of them. For those living there, “a sort of senile childhood was protracted almost to insanity.”

The plot follows the teen-age narrator’s relationship with a new girl, Frédérique. Frédérique is the daughter of a banker in Geneva and, being new to boarding school, she bears markers of the outside world—a male friend, elegant style. Her looks are “those of an idol, disdainful.” The narrator’s desire to win her friendship is immediate and strong. But, when she does, the dynamic is unsettling. In conversation, there is “an atmosphere of punishment,” and spending time with Frédérique entails “becoming accomplices, disdaining all the others.” In loving this new girl, the narrator transfers the object of her submission from boarding school, which she didn’t choose, to Frédérique, whom she did.