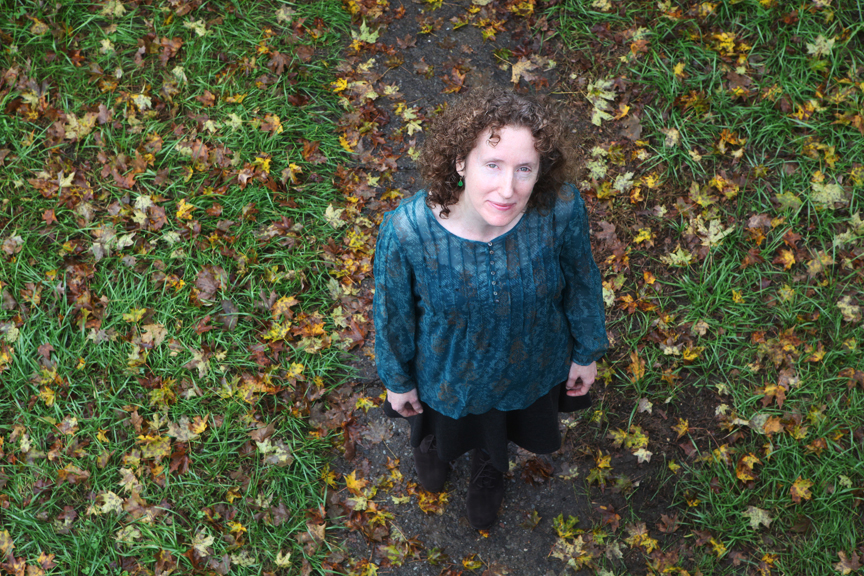 Charlotte Mandell, Mathias Enard’s English translator, is interviewed by Rob Vollmar for World Literature Today on how she came to be a translator, and on the process of rendering Enard’s work into English:

Mathias Énard’s Compass (New Directions, 2017) is not only a love letter to the field of orientalism but, more broadly, to the power of the written word itself, especially in translation. I became fascinated by the panoply of creative decisions that must have gone into translating it from French into English, while navigating all the other languages (Persian, Arabic, German) that fill its nooks and crannies. In order to satisfy some of that curiosity, after reviewing the book, I reached out to Énard’s traductrice attitrée, Charlotte Mandell, to find out more about her training and work as a translator as well as the eccentricities of bringing this particular book to anglophone readers.

Rob Vollmar: Could you tell us a little about how you got interested in translation and your training in preparation to be a literary translator?

Charlotte Mandell: It’s something of a long story. My parents were both university professors, so we had summers off, and since my father was interested in all things French (he wrote his master’s thesis on a little-known playwright named Henri-René Lenormand), starting when I was ten, we would spend every other summer in either the Swiss or the French Alps. So that’s how I got interested in French.

Later on, I attended Boston Latin High School—the oldest high school in America, founded in 1635—where studying Latin for five years is mandatory. Weirdly, I developed a liking for Latin, and for ancient Greek; in my advanced placement class in junior year we translated Virgil’s Aeneid, and I was hooked.

As a student at Bard College I majored in French (and minored in film theory, since my father used to bring films home to show them on a sheet on the wall—by the time I was a teenager I had seen Bergman’s Seventh Seal at least fifteen times) and continued to translate; my senior project (a book-length volume every senior has to write) was a translation of a book by the contemporary French poet Jean-Paul Auxeméry. During my junior year at Bard, I studied semiotics and film theory at the Université de Paris III. Derrida was lecturing then (this was in 1988–89), along with Julia Kristeva.

RV: Many of your early translations were nonfiction and/or French classics. Does your process for approaching older or nonfiction texts differ from contemporary fiction?

CM: Actually, my approach is almost always the same, regardless of whether or not the original is a classic: I always approach a book as if it had just been written, and as if it had never been translated before, or read in English. Translating for me is a living, breathing thing—Kate Briggs talks about this in her forthcoming essay on translation, This Little Art—and I need to act as if the book I’m translating is brand-new, fresh off the press. That way I become more invested in the act of translating it and more involved in the process. Translating for me is a very exciting process, regardless of whether the book is old or new.

RV: Compass is your third Énard novel in translation. How did you become aware of his work, and what attracted you to it as a potential object of translation?

CM: A long time ago—in 2008, I think—I read an excerpt from Zone in a digest published by the French Publishers’ Agency. I knew right away that I had to translate the book, and when I heard that Chad Post’s Open Letter Press was interested in publishing it, I wrote to him and basically begged him to allow me to translate it. Open Letter published both Zone and Street of Thieves, and I’m grateful to them for that.

RV: Your first Énard translation, Zone (Open Letter, 2010), has been described as a “novel of essentially one endless sentence.” What were the challenges associated with translating a text without the normal sentence breaks one expects in a narrative?

CM: For me the main challenge in translating Zone was finding a good place to stop for the day—often I would lose track of time and would find I’d been sitting for far too long, and hadn’t eaten in hours. I don’t read ahead when I translate, so I’m always eager to find out what comes next in the book—so Zone turned out to be addictive in its stream-of-consciousness narrative and very hard to put down.

I like long sentences—that must be part of my Latin upbringing—they don’t intimidate me. On the contrary, they pull me in—it’s almost like a literary jigsaw puzzle, trying to figure out where a sentence is going, and trying to keep its rhythm and breath intact. Latin is famous for its endless, complex sentences; often the verb will come at the very end, which makes French sentences easy by comparison!