Daunt Books – all branches. You may pre-order by stopping in a branch or ringing them.

Bookshops accepting pre-orders for The Books of Jacob.

Fitzcarraldo Editions has acquired Matthieu Aikins’ debut The Naked Don’t Fear the Water: A Journey Through the Refugee Underground, about Aikins’ journey undercover on the migrant trail from Kabul to Europe in 2016. Fitzcarraldo Editions will publish in February 2022, simultaneously with Harper in the US.

In 2016, a young Afghan driver and translator named Omar makes the heart-wrenching choice to flee his war-torn country, saying goodbye to Laila, the love of his life, without knowing when they might be reunited again. He is one of millions of refugees who leave their homes that year. Matthieu Aikins, a journalist living in Kabul, decides to follow his friend. In order to do so, he must leave his own passport and identity behind to go underground on the refugee trail with Omar. Their odyssey across land and sea from Afghanistan to Europe brings them face to face with the people at heart of the migration crisis: smugglers, cops, activists, and the men, women and children fleeing war in search of a better life. As setbacks and dangers mount for the two friends, Matthieu is also drawn into the escape plans of Omar’s entire family, including Maryam, the matriarch who has fought ferociously for her children’s survival.

Matthieu Aikins is a journalist currently based in Kabul and has reported from Afghanistan and the Middle East since 2008. He is a contributing writer for The New York Times Magazine, a contributing editor at Rolling Stone, and has won numerous honors, including the George Polk and Livingston awards. He is a past fellow at Type Media Center, New America, the Council on Foreign Relations, and the American Academy in Berlin. Matthieu grew up in Nova Scotia, and has a master’s degree in Near Eastern Studies from New York University. The Naked Don’t Fear the Water is his first book. 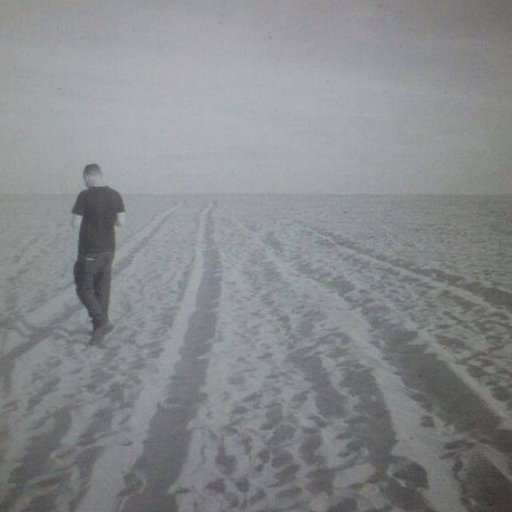 Emergency is a novel about the dissolving boundaries between all life on earth. Stuck at home alone under lockdown, a woman recounts her 1990s childhood in rural Yorkshire. She watches a kestrel hunting, helps a farmer with a renegade bull, and plays out with her best friend, Clare. Around her in the village her neighbours are arguing, keeping secrets, caring for one another, trying to hold down jobs. In the woods and quarry there are foxcubs fighting, plants competing for space, ageing machines, and a three-legged deer who likes cake. These local phenomena interconnect and spread out from China to Nicaragua as pesticides circulate, money flows around the planet, and bodies feel the force of distant power. A story of remote violence and a work of praise for a persistently lively world, brilliantly written, surprising, evocative and unsettling, Daisy Hildyard’s Emergency reinvents the pastoral novel for the climate change era.

Emergency explores some of the ideas in fiction that Daisy Hildyard wrote about in her essay The Second Body, published by Fitzcarraldo Editions in 2017. Her debut novel, Hunters in the Snow, came out with Jonathan Cape in 2013 and received the Somerset Maugham Award and a ‘5 under 35’ honorarium at the USA National Book Awards. She lives in York with her family.

Heather McCalden has won the 2021 Fitzcarraldo Editions/Mahler & LeWitt Studios Essay Prize with her proposal The Observable Universe, a prismatic account of grief conveyed through images, anecdotes and Wikipedia-like entries, calibrated specifically for the Internet Age. Centred on the loss of her parents to AIDS in the early ’90s, The Observable Universe questions what it means to ‘go viral’ in an era of explosive biochemical and virtual contagion.

Heather McCalden is a multidisciplinary artist working with text, image and movement. She is a graduate of the Royal College of Art (2015) and has exhibited at Tanz Company Gervasi, Roulette Intermedium, Pierogi Gallery, National Sawdust, Zabludowicz Collection, Testbed 1, Flux Dubai and Seattle Symphony Orchestra.

The Fitzcarraldo Editions/Mahler & Lewitt Studios Essay Prize is an annual competition for unpublished writers. Initially made possible by an Arts Council Grant in 2015, the prize awards £3,000 to the best proposal for a book-length essay (minimum 25,000 words) by a writer resident in the UK & Ireland who has yet to secure a publishing deal. In addition to the £3,000 prize the winner has the opportunity to spend up to three months in residency at the Mahler & LeWitt Studios in Spoleto, Italy, to work on their book. The book will then be published by Fitzcarraldo Editions. The other shortlisted authors, chosen out of 119 entries, are:

– Q is for Garden by Jenny Chamarette;
– The Report by Joshua Craze;
– Terra Nullius by Joanna Pidcock;
– The Raven’s Nest by Sarah Thomas;
– Broken Rice by April Yee.

The judges are Joanna Biggs, Brian Dillon, Joanna Kavenna, Max Porter and Jacques Testard. The judges are looking for essays that explore and expand the possibilities of the essay form, with no restrictions on theme or subject matter. The Fitzcarraldo Editions/Mahler & LeWitt Studios Essay Prize aims to find the best emerging essay writers and to give them a chance to develop and showcase their talent. It also provides the winner with their first experience of publishing a book, from the planning, research and writing of it through to the editing, production and publicity stages.

Fitzcarraldo Editions will publish Egyptian political prisoner Alaa Abd el-Fattah’s You Have Not Yet Been Defeated in the UK on 20 October 2021.

Alaa Abd el-Fattah, 39, is arguably the most high profile political prisoner in Egypt, if not the Arab world. A leading
figure among the young technologists and bloggers of the 2000s he rose to international prominence during the
revolution of 2011. A fiercely independent thinker who fuses politics and technology in powerful prose, an activist whose ideas represent a global generation which has only known struggle against a failing system, a public intellectual with the rare courage to offer personal, painful honesty, Alaa’s written voice came to symbolize much of what was fresh, inspiring and revolutionary about the uprisings that have defined the last decade.

Alaa has been in prison for most of the last seven years and many of the pieces collected here were smuggled out of his cell. From theses on technology, to theories of history, to painful reflections on the meaning of prison, his voice in thesepages – arranged by family and friends – cuts as sharply relevant, as dangerous, as ever.

Alaa Abd el-Fattah is an Egyptian writer, technologist and political activist. He is currently being held in indefinite
detention in Egypt. He was a central figure in the blogging movement of the early 2000s, a vanguard of free speech and radical discourse that would become one of the catalysts of the 2011 revolution. Committed to using both on-the-ground activism and online platforms to push an uncompromising political discourse, Alaa was 24 when he was first arrested under Hosni Mubarak. Since then he has been prosecuted and arrested by the three other Egyptian regimes of his lifetime. After the coup d’etat of 2013, he was among the principal targets of the counter-revolution and has been held in the regime’s prisons since then.