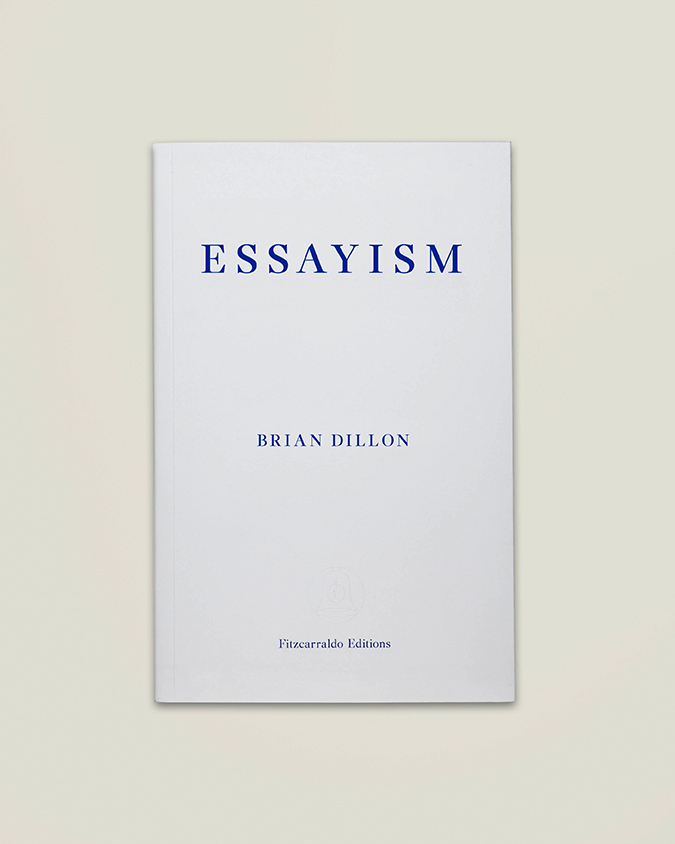 ¶ On essays and essayists. On the death of a moth, humil­iation, the Hoover dam and how to write; an inventory of objects on the author’s desk, and an account of wear­ing spectacles, which he does not; what another learned about himself the day he fell unconscious from his horse; of noses, of cannibals, of method; diverse mean­ings of the word ‘lumber’; many vignettes, published over decades, in which the writer, or her elegant stand-in, described her condition of dislocation in the city, and did it so blithely that no one guessed it was all true; a dissertation on roast pig; a heap of language; a tour of the monuments; a magazine article that in tone and structure so nearly resembles its object, or conceals it, that flummoxed readers depart in droves; a sentence you could whisper in the ear of a dying man; an essay upon essays; on the author’s brief and oblique friendship with the great jazz singer; a treatise on melancholy, also on everything else; a species of drift or dissolve, at the lev­els of logic and language, that time and again requires the reader to page back in wonder – how did we get from there to here? – before the writer’s skill (or perhaps his inattention); a sermon on death, preached in the poet’s final days on earth, before a picture of his own shrouded person; the metaphoric power of same: the womb a grave, the grave a whirlpool, Death’s hand stretched to save us; a long read; a short history of decay; a diary’s prompt towards self-improvement: ‘To sew on my buttons (and button my lip)’; on a dancer arrayed like an insect or a ray of light; love, alphabetized; life, alphabetized; every second of a silent clown’s appearance on screen, dissect­ed: ‘We commit a cruelty against existence if we do not interpret it to death’; on the cows outside the window: their movement and mass, their possible emotions; what happened next will amaze you; upon a time a dutiful thing, set and judged by teachers, proof because proof needed – of what? Compliance, competence and com­prehension, proper meanness of ambition; but later, discovered in the library and under the bedclothes: sparks or scintillations, stabs at bewilderment, some effort or energy flung at the void; and style too, scurri­lous entertainments, a writing that’s all surface, torsion and poise, something so artful it can hardly be told from disarray; an art among others of the sidelong glance, obliquities and digressions; an addiction to arduous learning; a study of punctuation marks, their meaning and morality; seven Dada manifestos, forty-one false starts, the writer’s technique in thirteen theses; an ac­count of what passed through the author’s mind in the seconds before a stagecoach crash, somewhere on the road between Manchester and Glasgow, ‘in the second or third summer after Waterloo’. The writing of the di­saster. Confessions, cool memories, a collection of sand. Curiosities. The philosophy of furniture. An account of the late eclipse. What was it like to fly high above the capital, through silver mist and hail, when flying was yet new? The answer: ‘Innumerable arrows shot at us, down the august avenue of our approach.’

Imagine a type of writing so hard to define its very name should be something like: an effort, an attempt, a trial. Surmise or hazard, followed likely by failure. Imagine what it might rescue from disaster and achieve at the levels of form, style, texture and therefore (though some might cavil at ‘therefore’) at the level of thought. Not to mention feeling. Picture if you can its profile on the page: from a solid spate of argument or narrative to isolated promontories of text, these composing in their sum the archipelago of a work, or a body of work. The page an estuary, dotted at intervals with typographical buoys or markers. And all the currents or sediments in between: sermons, dialogues, lists and surveys, small eddies of print or whole books construed as single essays. A shoal or school made of these. Listen for the possible cadences this thing might create: orotund and authoritative; ardent and fizzing; slow and exacting to the point of pain or pleasure; halting, vulnerable, tenta­tive; brutal and peremptory; a shuffling or amalgam of all such actions or qualities. An uncharted tract or plain. And yet certain ancient routes allow us to pilot our way through to the source, then out again, adventuring.

I dream of essays and essayists: real and unreal authors, achieved and impossible examples of a genre (it’s not the word, not at all) that would – what, exactly? Perform a combination of exactitude and evasion that seems to me to define what writing ought to be. A form that would instruct, seduce and mystify in equal mea­sure. (Michael Hamburger: ‘but the essay is not a form, has no form; it is a game that creates its own rules.’) Does that sound like what one might want from art or literature in general, not from essays only? Perhaps one category stands for everything, defines what I want from all art forms. The boundaries of this thing, this en­tity or inclination I admire – these I’ll have to determine later. For now it’s enough, I hope, to acknowledge that what I desire in essays – all those essays named or al­luded to in the list above, almost all of which are real – is this simultaneity of the acute and the susceptible. To be at once the wound and a piercing act of precision: that makes it sound as though all I care for is style, that old-fashioned thing. It might well be true. But isn’t style exactly a contention with the void, an attitude or alignment plucked from chaos and nullity? Style as the prize, not a rule of the game. Style as sport in another sense too: botanical anomaly or innovation,avant-garde mutant. But don’t sports get assimilated in the end? Aberrations accommodated, rogues, freaks and rarities corralled and tamed? Curiosities neatly la­belled, safely immured in vitrines and cabinets.

I may have imagined all of this – I might be describ­ing a form that doesn’t (yet) exist. I have no clue how to write about the essay as a stable entity or established class, how to trace its history diligently from uncertain origins through successive phases of literary dominance and abeyance, to its present status as modest publishing revenant: the genre (please do not call it ‘creative non­fiction’) on which many writers’ and readers’ hopes are hung, many print and online columns filled with reflec­tions on whether non-fiction is the new fiction, the essay the new novel, confession the new invention. Or rather, I know too well how that particular essay on essays gets written, what are its touchstones, where its arguments directed, how circular the sense that the writer is ex­plaining a form to which he or she hopes to yoke the present text. I like circles and lines and symmetry too, more than is good for me as writer and as human, but in this case I cannot give myself to an elegant tale about the essay, neither to a pointed defence, rhetorical apology, psyched manifesto. (I find myself allergic to polemics, and so in the pages that follow some partisans of political essaying, or boisterous critical opinion, may find that their exemplars are absent. It’s not that I dislike a certain violence in the essay, but I can’t believe in a writing that is forcefully only itself – I want obliquity, essays that ap­proach their targets, for there must be targets, slantwise, or with a hail of conflicted attitudes. This too may be political, even radical. It will often look like something else: what used to be called formalism, or dismissed as aestheticism.) I will have to write, can only write, in fits and starts, in passages that aspire to something like an argument, but others too that will seem to come from the very confusion the first class exists to cure. There are many passages in the works of the great essayists, and perhaps also the less-than-great, that will sanction a failure or refusal to cohere. Here is the poet William Carlos Williams, in the essay that yielded an epigraph for this book:

Each essay rings the changes of its range, the breadth, the penetration moving inward about the fashionable brick of all styles, unity. Unity is the shallowest, the cheapest deception of all composition. In nothing is the banality of the intelligence more clearly mani-fested. There is no less significant matter for the attention. Every piece of writing, it matters not what it is, has unity. Inexpert or bad writing most terribly so. But ability in an essay is multiplicity, infinite fracture, the intercrossing of opposed forces establishing any number of opposed centres of stillness.