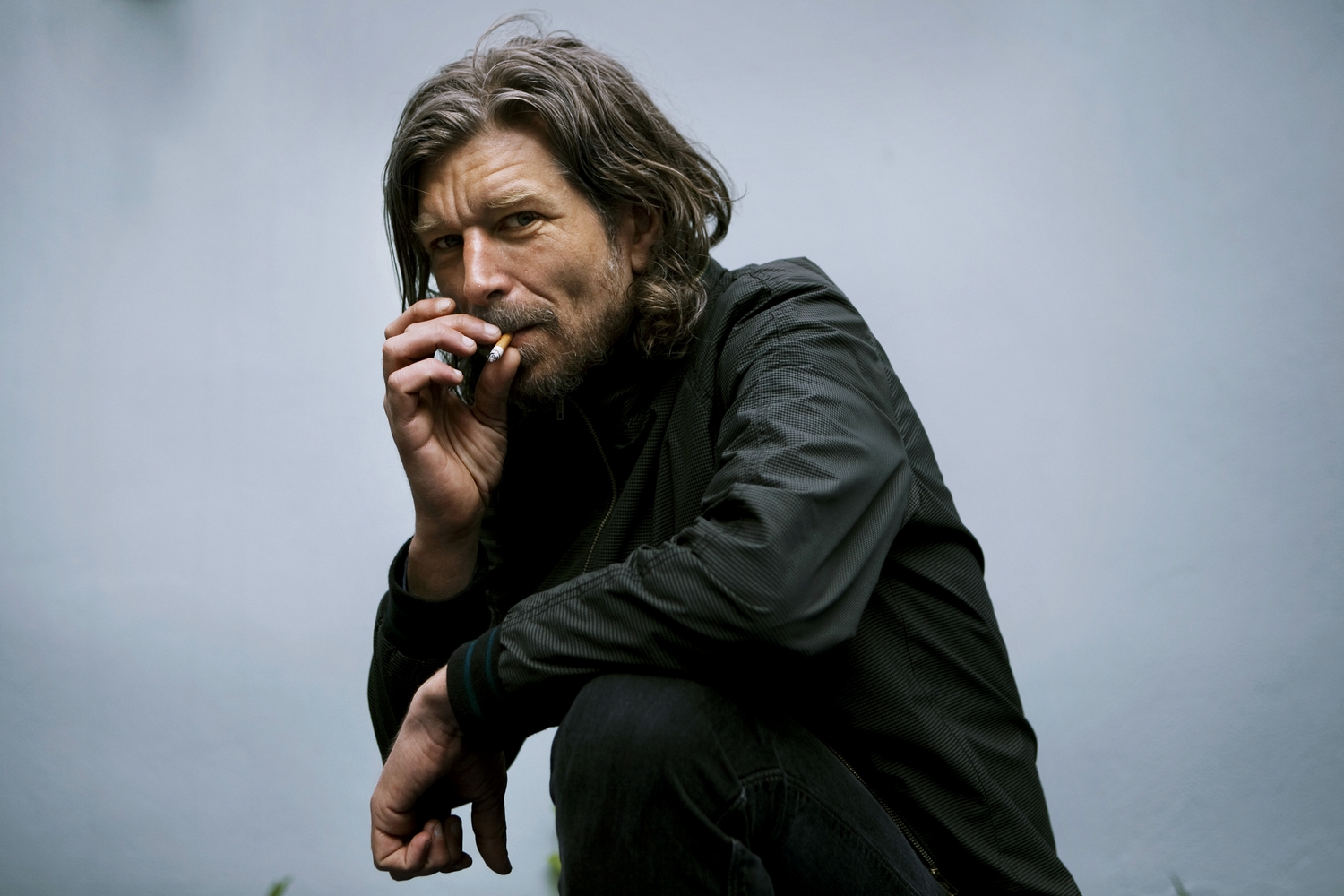 There’s a new English-language interview with Karl Ove Knausgaard in Hazlitt, in which he talks about becoming a cultural influence.

Also, there are so many pictures of him on the internet. He looks like he enjoys author pics.

My Struggle has now earned a certain stature in contemporary world literature, as it did in Norwegian culture upon its original publication. It’s spoken of as a necessary text for people to read, to contend with, in our contemporary moment. Do you think about the fact that you are now an influence? That you are a cultural influence, you’re not just documenting things.

Hmm, no. I don’t think about that. I remember, I didn’t read David Shields until I was done with these books because I knew there were some relations there. He was writing about much of the same things, but I read it afterwards and I liked it very much. I related to his views in many ways. But no, I can’t really think in those terms whatsoever, and it is, you know, it’s just some books. You have to be lucky for them to be translated in the first place, and then someone well-placed has to say, I like them, they are very good, and if you don’t have that then it’s too risky for people to go for the book. But James Woods said, I like it, this is an important book. Then you have some other people, well-placed, saying this is very good. Zadie Smith did. Then it just opens up and it’s established as a good book or an important book. But you could imagine, in a parallel universe, this wouldn’t happen and then it would just be a book, and it wouldn’t have any influence.

So it’s been very interesting to see that process, because it first happened in Norway and then in Scandinavia, and then in England and the U.S. I think maybe it just has something to do with the zeitgeist and being a contemporary, I don’t know. There was a Norwegian writer who said he really hated these books, and he hated the hysteria surrounding them, so he wrote a piece and said, Just wait until they’re translated and you’ll see how provincial they are. And in a way he could have been right, I don’t know. But I think everything this book has exists in other places. I think my books have a few catch lines in their 3,600 pages, and a title, and controversy, and that’s it. That’s the way I explain it, at least.