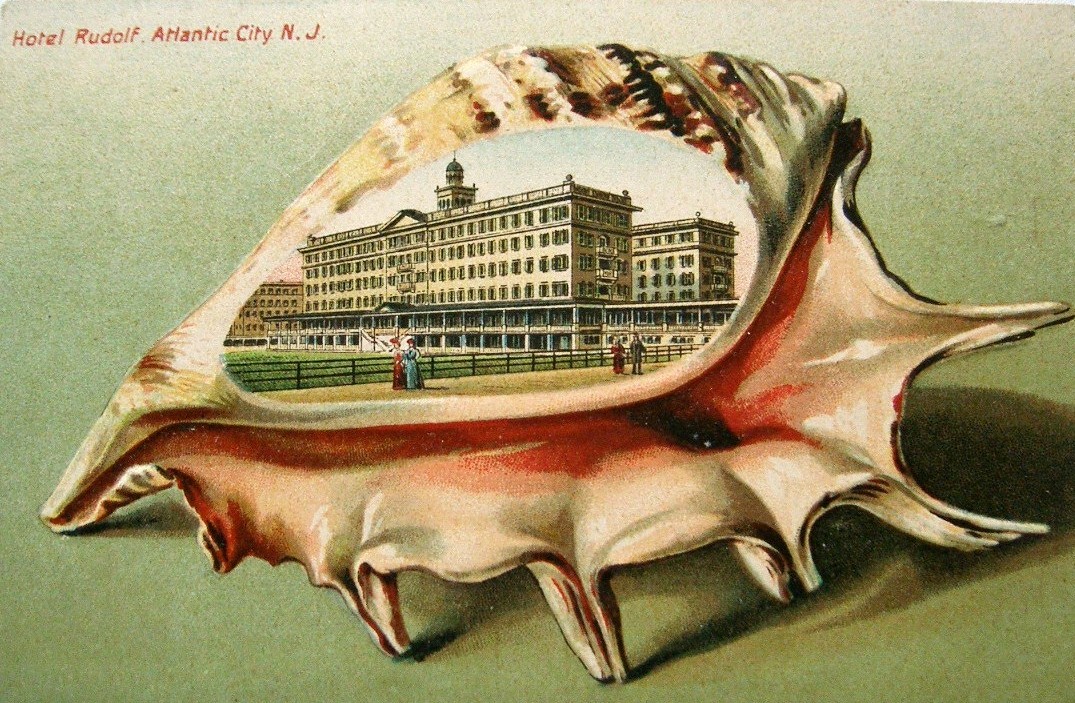 ‘To me, Trump was always a blusterer, a conniver, a mouth: a cotton-candy-haired clown who crashed the AC party late and left it early and ugly’— Joshua Cohen examines the effect Donald Trump has had on his home town of Atlantic City.

THE GOVERNMENTS THAT GET THEMED into casino-hotel-resort properties tend not to be democracies, but oligarchies, aristocracies, monarchies, Africa-and-Asia-devouring empires. Pharaonic Egypt, Doge-age Venice, Imperial Rome, Mughal India. Atlantic City has incarnations of the latter two—Caesars Atlantic City and the Trump Taj Mahal—with the Taj being the last property in the city to bear the Republican candidate’s name, though it’s owned by distressed-asset czar Carl Icahn, who also owns the Tropicana, a crumbling heap styled after the Casa de Justicia of some amorphous banana republic. The worse the regime, the better the chance of its simulacrum’s survival. Atlantic City’s Revel, a hulking fin-like erection of concrete, steel, and glass that cost in the neighborhood of $2.4 billion, opened in 2012 only to close in 2014, which just goes to show that an abstract noun, verb, or imperative in search of punctuation (Revel!) doesn’t have quite the same cachet as a lost homicidal culture.

Today, the fake ruins of Rome and India are among the cleanest, safest havens to be found in the real ruins of Atlantic City—a dying city that lives for summer. I was returning there, to my family there, still unsure as to whether this summer would be my last or its last or both.

Now, given the fact that AC’s been so perpetually press-maligned that I can remember nearly every summer of the sixteen I spent there being deemed, by someone, “crucial,” “decisive,” “definitive,” or “the last,” this suspicion of mine might seem, especially to fellow Jersey Shore natives, irresponsible and even idiotic—so I will clarify: I don’t mean that I thought that after this summer of big media scrutiny but little new money the city would burn, or that the Atlantic Ocean would finally rise up and swallow it. I just thought that, come Labor Day, the city’s bad-luck streak would only break for worse and no one would care.

After the legalization of Indian tribal and nontribal casinos in Connecticut in the 1990s and in Pennsylvania in the 2000s; after the legalization of tribal casinos in upstate New York in the ’90s and of nontribal casinos in the 2010s; after the damage done to the city by Hurricane Sandy in 2012 and all the myriad, still-ongoing depredations of the so-called global Great Recession that resulted in the closing of four of the city’s casinos in 2014 (the Revel, the Showboat, The Atlantic Club, and Trump Plaza), leaving AC with the highest rate of foreclosure of any urban area in the country between fourth-quarter 2014 and the present; this summer—the summer of 2016—already felt like the fall. Maybe this wouldn’t be the last summer that White House Subs or Chef Vola’s would ever be serving, but it might be the last summer that I, as a sane, unarmed, and relatively pacific human being would still feel comfortable traveling to them for a cheesesteak or veal parm on foot—taking the stairs down from the overlit Boardwalk to the underlit streets of what’s officially become the most dangerous city in Jersey, now that Camden has stopped reporting its crime statistics to the FBI. It occurred to me that if and when AC is ever visitable or enjoyable again, my parents will probably have retired south to Cape May, and the few acquaintances of mine who still live on Absecon Island—the island of which AC is the northernmost town—will probably have left.