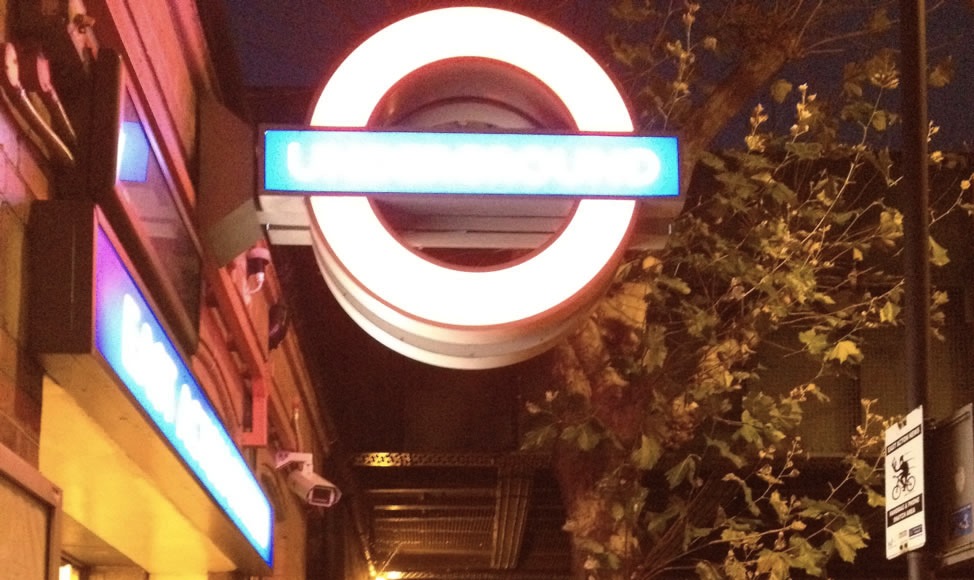 In London’s Overthrow, China Miéville ambles through the layers of a London of squatters and decay, glass towers and golden dragons; and where they collide.

Shove your hands in your pockets and set out. In London in winter it’s nearly pitch at half past four. By six, you’re in the night city, and in backstreets you can be alone for a long time.Some chance conjunction of latitude and climate: in this city artificial light cuts darkness like nowhere else. There are no trees like these, streetlit up, fractal cutouts. When you were a kid you ran through this bluster and raindrops so tiny they were like dust falling in all directions, not just down, and missed it even while you were in it. There’s been a revolution in remembrance. Digital photography’s democratised the night-shoot. One touch at the end of a sleepy phone call on your way home, you can freeze the halo from streetlamps, the occluded moon, night buses, cocoons shaking through brick cuts, past all-night shops. Right there in your pocket, a lit-up memory of now.

This is an era of CGI end-times porn, but London’s destructions, dreamed-up and real, started a long time ago. It’s been drowned, ruined by war, overgrown, burned up, split in two, filled with hungry dead. Endlessly emptied.
In the Regency lines of Pimlico is Victorian apocalypse. Where a great prison once was, Tate Britain shows vast, awesome vulgarities, the infernoward-tumbling cities of John Martin, hybrid visionary and spiv. But tucked amid his kitsch 19th Century brilliance are stranger imaginings. His older brother Jonathan’s dissident visions were unmediated by John’s showmanship or formal expertise. In 1829, obeying the Godly edict he could hear clearly, Jonathan set York Minster alight and watched it burn. From Bedlam – he did not hang – he saw out his life drawing work after astonishing work of warning and catastrophe. His greatest is here. Another diagnostic snapshot.

‘London’s Overthrow’. Scrappy, chaotic, inexpert, astounding. Pen-and-ink scrawl of the city shattered under a fusillade from Heaven, rampaged through by armies, mobs, strange vengeance. Watching, looming in the burning sky, a lion. It is traumatized and hurt.

The lion is an emblem too
that England stands upon one foot.

With the urgency of the touched, Martin explains his own metaphors.

and that has lost one Toe
Therefore long it cannot stand

The lion looks out from its apocalypse at the scrag-end of 2011. London, buffeted by economic catastrophe, vastly reconfigured by a sporting jamboree of militarised corporate banality, jostling with social unrest, still reeling from riots. Apocalypse is less a cliché than a truism. This place is pre-something.